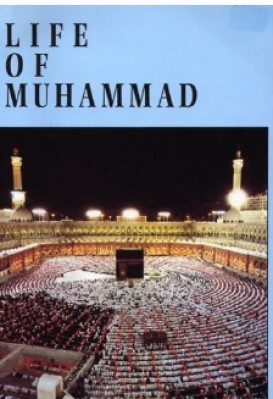 ARABIA AT THE TIME OF THE PROPHET’S BIRTH

The Prophetsa was born in Mecca in August 570 A.D. He was given the name Muhammad which means, the Praised One. To understand his life and character we must have some idea of the conditions which obtained in Arabia at the time of his birth.

When he was born almost the whole of Arabia believed in a polytheistic form of religion. The Arabs traced their descent to Abrahamas. They knew that Abrahamas was a monotheistic Teacher. In spite of this, they entertained polytheistic beliefs and were given to polytheistic practices.

In defence, they said that some human beings are outstanding in their contact with God. Their intercession on behalf of others is accepted by God. To reach Him is difficult for ordinary human beings. They must have others to intercede for them in order to obtain God’s pleasure and help.

Thus they were able to combine their reverence for Abrahamas with their own polytheistic beliefs. Abrahamas, they said, was a holy man. He was able to reach God without intercession, whilst ordinary Meccans could not do so.

The people of Mecca, therefore, had made idols of holy and righteous persons, and these they worshipped and to these they made offerings in order to please God through them. This attitude was primitive, illogical and full of defects. But the Meccans were not worried by these. They had not had a monotheistic Teacher for a long time, and polytheism, once it takes root, spreads and knows no bounds. The number of gods begins to increase. At the time of the Prophet’ssa birth, it is said that in the Ka‘ba alone, the Sacred Mosque of all Islam

and the house of worship built by Abrahamas and his son Ishmael, there were 360 idols. It seems that for every day of the lunar year the Meccans had an idol. In other big centres there were other idols, so that we can say that every part of Arabia was steeped in polytheistic belief. The Arabs were devoted to the culture of speech.

They were much interested in their spoken language and were very keen on its advance. Their intellectual ambitions, however, were scant. Of History, Geography, Mathematics, etc., they knew nothing. But as they were a desert people and had to find their way about in the desert without the assistance of landmarks, they had developed a keen interest in Astronomy. There was in the whole of Arabia not a single school. It is said that in Mecca only a few individuals could read and write.

From the moral point of view the Arabs were a contradictory people. They suffered from some extreme moral defects but at the same time they possessed some admirable qualities. They were given to excessive drinking.

To become drunk and to run wild under the effect of drink was for them a virtue, not a vice. Their conception of a gentleman was one who should entertain his friends and neighbours to drinking bouts. Every rich man would hold a drinking party at least five times a day. Gambling was their national sport. But they had made of it a fine art.

They did not gamble in order to become rich. Winners were expected to entertain their friends. In times of war, funds were collected through gambling. Even today we have the institution of prize- bonds to raise money for war. The institution has been resuscitated in our time by the people of Europe and America. But they should remember that in this they only imitate the Arabs. When war came, Arabian tribes would hold a gambling party. Whoever won had to bear the greater part of the expenses of the war.

Of the amenities of civilized life, the Arabs knew nothing. Their chief occupation was trade, and to this end they sent their caravans to far-off places, such as……

Abu Sufyanra must have been thinking furiously. Had not an incredibly great change taken place in seven years? And now as leader of the Meccans, what was he going to do? Was he going to resist, or was he going to submit? Troubled by such thoughts, he appeared stupefied to outside observers.

The Prophetsa saw this agitated Meccan leader. He told ‘Abbasra to take him away and entertain him for the night, promising to see him in the morning. Abu Sufyanra spent the night with ‘Abbas. In the morning they called on the Prophetsa. It was time for the early morning prayers.

The bustle and activity which Abu Sufyanra saw at this early hour was quite unusual in his experience. He had not known—no Meccan had known—such early risers as Muslims had become under the discipline of Islam.

He saw all the Muslim campers turned out for their morning prayers. Some went to and fro in quest of water for ablutions, others to supervise the lining up of worshippers for the service. Abu Sufyanra could not understand this activity early in the morning. He was frightened. Was a new plan afoot to overawe him?

“What can they all be doing?” he asked in sheer consternation.

“Nothing to be afraid of,” replied ‘Abbasra. “They are only preparing for the morning prayers.”

“What could they be doing now?” asked Abu Sufyanra. “Everything the Prophetsa does, is done by the rest.”

“What are you thinking about? It is only the Muslim prayer, Abu Sufyanra. Muslims would do anything at the bidding of the Prophetsa—give up food and drink for instance.”

Filled with fear and guilt, Abu Sufyanra went on to ask ‘Abbasra if he would not request the Prophetsa to forgive his own people —meaning the Meccans.

The morning prayers over, ‘Abbasra led Abu Sufyanra to the Prophetsa.

Said the Prophetsa to Abu Sufyanra. “Has it not yet dawned upon you that there is no one worthy of worship except Allah?”

“My father and my mother be a sacrifice to you. You have ever been kind, gentle and considerate to your kith and kin. I am certain now that if there were anyone else……. 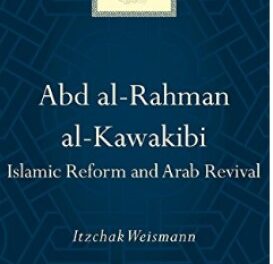 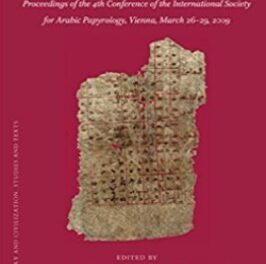 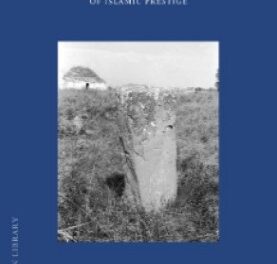 Bukhara and the Muslims of Russia pdf