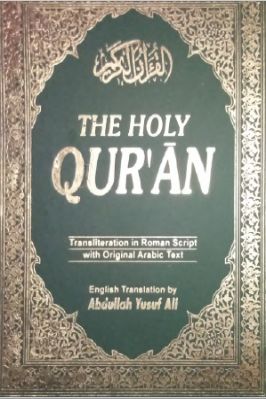 It may be asked: Is there any need for a fresh English translation? To those who ask this question I commend a careful consideration of the facts which I have set out in my Note on Translation.

After they have read it, I would invite them to take any particular passage, say ii. 74 or ii. 102, or ii. 164 and compare it with any previous version they choose.

If they find that I have helped them even the least bit further in understanding its meanings, or appreciating its beauty or catching something of the grandeur of the original, I would claim that my humble attempt is justified. It is the duty of every Muslim, man, woman, or child, to read the Quran and understand it according to his own capacity.

If any one of us attains to some knowledge or understanding of it by study, contemplation, and the test of life, both outward and inward, it is his duty, according to his capacity, to instruct others, and share with them the joy and peace which result from contact with the spiritual worlds

The Quran—indeed every religious book—has to be read, not only with the tongue and voice and eyes, but with the best light that our intellect can supply, and even more, with the truest and purest light which our heart and conscience can give us. It is in this spirit that I would have my readers approach the Quran.

It was between the age of four and five that I first learned to read its Arabic words, to revel in its rhythm and music and wonder at its meaning.

I have a dim recollection of the Khatm ceremony which closed that stage.

It was called “completion”: it really just began a spiritual awakening that has gone on ever since.

My revered father taught me Arabic, but I must have imbibed from into my innermost being something more, —something which told me that all the world’s thoughts, all the world’s most beautiful languages and literatures, are but vehicles for that ineffable message which comes to the heart in rare moments of ecstasy.

The soul of mysticism and ecstasy is in the Quran, as well as that plain guidance for the plain man which a world in a hurry affects to consider as sufficient.

It is good to make this personal confession, to an age in which it is in the highest degree unfashionable to speak of religion or spiritual peace or consolation, an age in which words like these draw forth only derision, pity, or contempt.

Tafseer Soorah al-Hujurat: A Commentary on the 49th Chapter of the Qur’an. PDF DOWNLOAD

THE SYRO ARAMAIC READING OF THE KORAN pdf download

Other Quran studies and Orientalism

Other Quran studies and Orientalism