Afghanistan Islam From Conversion to the Taliban pdf 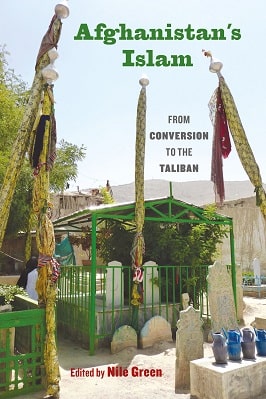 Afghanistan Islam From Conversion to the Taliban

AFGHANISTAN’S ISLAM FROM CONVERSION TO THE TALIBAN

Religion has been one of the most influential cultural, social, and political forces in Afghan history.

In premodern times, a variety of diﬀerent versions of Islam spread through the uneven geography of what later became Afghanistan, echoing its ethnically varied demography through similarly variant patterns of religious practice.

In modern times, these many versions of Islam served as powerful sociopolitical resources, providing idioms and organizations for both state and anti-state mobilization.

Even as religion has been deployed as the national cement of a multiethnic emirate under the Taliban and then an Islamic republic under their recently elected successors, Islam has been no less a destabilizing force in Afghan society.

Yet despite the universal recognition of the centrality of Islam to Afghan society in past and present, Afghanistan’s Islam has attracted strikingly little  sustained study.

Beyond a few monographs devoted to particular moments or movements (predominantly the mujahidin and Taliban), there exists no survey of the developmental trajectories of Afghan religiosity across the course of history the scholarship becomes particularly patchy for the period before the Soviet invasion of 1979, making it diﬃcult to position the fundamentalist movements from the 1980s onward in relation to earlier patterns of religious activity, whether local or transnational.

To begin to fill this gap of understanding, this volume brings together international specialists on diﬀerent periods, regions, and languages to develop a more comprehensive, comparative, and developmental picture of Afghanistan’s Islam from the eighth century to the present.

The aim of the eleven chapters is to collectively provide an in-depth, critical, panoptic overview of the major developments and transformations of Islam from the early medieval period to contemporary times in the territories that today make up Afghanistan.

Given the variety of sources and languages required for such a project—Persian, Pashto, and Uzbek, as well as Arabic and Urdu—the contributors have been selected on the basis of their previous research

The Principles Of State And Government In Islam. Pdf download