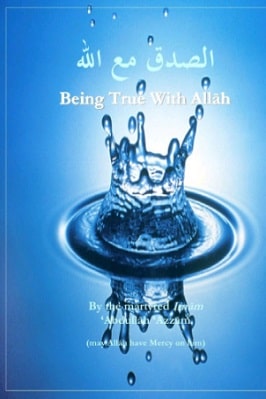 Being True With Allah

BEING TRUE WITH ALLAH

One of them, when he would enter battle, would disguise himself, and if he ended up with an abundance of war booty, he would conceal his identity and abandon his booty so that the people would not know who had acquired it.20

You all know the story of the one who dug the hole on the day that Maslamah bin ‘Abd al-Malik21 had laid siege to a fortress for a lengthy period of time?

So, Maslamah called out for some time: “Which of you is the one who dug this hole?” Nobody stepped forth. One night, a veiled knight entered Maslamah’s tent, saying: “Do you wish to know who dug that hole?” Maslamah replied: “Yes.”

The knight said: “I am the one who dug that hole,” and did not reveal his name, and rode away quickly.

So, after that, whenever Maslamah was facing the Qiblah while supplicating, he would say: “O Allāh, gather me with the one who dug the hole on the Day of Resurrection.”22

These sincere souls and lofty examples are what used to preserve the Islāmic society from destruction.

This is what constitutes the crucial pillar of this building that is known as the Muslim society.

While cement pillars might be just four in number, they are able to hold a massive building that might reach the level of being around a hundred floors tall!