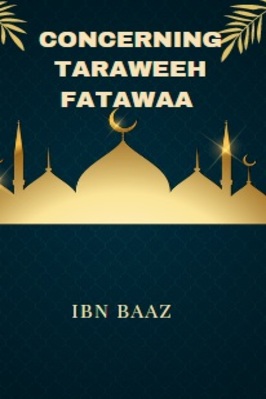 Indeed, one of the greatest opportunities Allah- has given this ummah is the month of Ramadaan, in which He revealed His Book as a Guidance and Criterion, and has attributed to this month many merits not attributed to others.

And from these opportunities is also the Taraaweeh, of which the Prophet M said, “Whoever stands [in prayer] in Ramadaan with Eeman and hoping to attain reward from Allah, then all his previ- ous sins will be forgiven.”

Truly in praying Taraaweeh, the servant feels khushoo’ and reju- venates his Eeman, drawing him nearer and nearer to Allah.

But what is so unfortunate is that instead of the prayer being utilized in this fashion, it sometimes is made a tedious chore where one does not feel khushoo’, but rather looks forward to its conclusion.

Also, due to a lack of understanding of what is permissible in the Taraaweeh and what is not, the prayer may even become a matter