Why a book about dār al-islām / dār al-ḥarb? Because this terminological pair—“the abode of Islam” and “the abode of war”—has never really been the focus of research specifically devoted to it, despite its being currently referred to in studies as if it were widely known and representative of “the Islamic vision” of the world.

So far, in fact, no analysis aimed at reconstructing its historical and conceptual origins has been attempted, exploring its articulations and also its reception within the different genres of Islamic literature, other than juridical texts.

When, some years ago, the issue was raised in an article,1 the topic appeared in all its complexity, and from there the idea of drawing other scholars’ attention to the theme originated.

This book actually stems from the International Colloquium entitled “Dār al-islām/dār al-ḥarb: territories, people, identities”, held at Sapienza University of Rome on 5–6 December 2012, whose purpose was to start providing some answers by exploring a territory which used to be considered familiar but was in fact relatively unexplored.

Moreover, although it is true that dār al-islām / dār al-ḥarb is a categorization coined by Muslim jurists, the tendency in studies to emphasize the primary role of law, especially in Sunni Islam, has until now narrowed down the field of research almost exclusively to juridical texts.

It should also be pointed out that not even the jurists who coined these terms and used them widely in their writings gave a definition or dealt with them in a separate section. And this could explain the scant attention that the two categories themselves have received, while in our view even this absence in medieval sources should be given some reflection.

Actually, it is something which might be compared with the way Muslim jurists dealt with conversion to Islam, an eminently religious event and yet entailing a change of juridical status, which as such must have been a significant issue for Islamic law in its formative period.

However, Muslim scholars did not provide a separate heading for it, scattering the whole matter and its rich casuistry in different sections of their treatises, above all in their chapters on marriage.4

Thus, a closer study of this dual categorization and its terminology requires that we reconsider more generally a different way of thinking, with its own characteristics, which should be explored rather than observed through the prism of other ways of thinking5 which makes us see an absence as something “lacking” rather than something that ought to be interpreted.

For instance, what can be drawn from medieval Arabic lexicons, so far never systematically analyzed with reference to the two expressions at issue? And yet, dictionaries “have an important role in revealing clues to the way a culture organizes its conceptual categories, its episteme.”6

Actually, going through the main classi-cal Arabic dictionaries dating from between the third/ninth and eighth/fourteenth centuries, the dār al-islām collocation is not found either under the entry dār or islām; but investigating this absence enables us now to consider how Arabic lexicographers treated the two phrases which are the object of our collective exploration, to have an insight into their categories and to read them within the more general framework of the different Islamic genres.

It is the prism of other ways of thinking which has also led scholars to con-strain into a rigid conceptual pattern what appears to have been, for Muslim jurists, first and foremost a categorization of the world devised as a useful instrument in defining rules governing the relations between Muslims and non-Muslims of the outside world, to bring order to an extremely mobile reality, made of continuous exchanges as well as conflicts.

In fact, judging from the success of the expression dār al-islām among western scholars, we could almost say that they made it their own because it seemed to correspond to their idea of “the Muslim world,” in the singular. But the way Muslim authors used this expression, alongside an array of other similar ones, to identify their own world—dārunā, our dār— and how they used its converse—dār al-ḥarb / al-kufr—still has not received the attention it deserves.

And yet dār al-islām and dār al-ḥarb, apart from their use in juridical texts, are a pair of terms which have to do with the crucial issue of how to conceive oneself and others and translate this idea into words—words which at a certain point crystallized into two conventional formulas, constituting an oppositional pair.

This is therefore something which should be related to the Islamization process, intended as the process which led Islam to become the doctrinal, juridical and institutional system, and Muslim society to become the kind of society, that they were both far from being at the time of the great military expansion outside the Arabian Peninsula.

This is what Alessandro Bausani meant when he stated that Muhammad’s Islam was only “a possibility of Islam,”7 or what Richard Bulliet highlighted stressing the “fun-damental relationship between conversion to Islam and the development of what may be called an Islamic society. When in the second half of the first/seventh century the Arabs conquered the Persian empire and half of the Byzantine empire, they did not bring with them the religion that is described in general books on Islam.

They brought with them … a mere germ of later developments.”8 Well known but often overlooked facts.

In the present volume, a relationship between this process and the dār al-islām / dār al-ḥarb binomial is in fact established, showing firstly how the crystallization of this dichotomy in certain words cannot be dated before the fourth/tenth century, and also that behind the permanence of words and conceptual references—that of hijra, in its varying association with that of jihad—lies a flexible thought, which in time has produced different, or even contrasting positions, facing the change of historical circumstances.

The transitions from a ruling minority living among a majority of other religious communities to a ruling majority, then to a majority ruled by a non-Muslim foreign power, and eventually to minorities living in foreign non-Muslim countries are in fact major changes to be considered.

Therefore, the issue of how “self” and “others” have been conceived by Muslim authors needs to be further defined: conceived by whom, starting from what time, with which contents and implications? It is such questions to which we have tried to find answers.

Between hijra and jihad

Of course, like every collection of studies, this book does not systematically meet the various questions raised by this type of research, but it fills in some blanks and offers new perspectives. For example, an analysis of the occur-rences of dār al-islām and dār al-ḥarb and similar expressions in the literary genre of Qur’anic commentaries—until now never surveyed in relation to these notions—is presented in two contributions, one addressing the topic in an exhaustive way for what concerns Ṭabarī’s Tafsīr (Roberto Tottoli), the other investigating it within a wider time frame with reference to the Qur’anic verses in which the notion of “emigrating”(hājara) occurs (Raoul Villano).

The conceptual significance of the notion of hijra (emigration)—a piv-otal event in Muhammad’s biography, but also a highly recommended and praiseworthy action for the members of the early Muslim community—in the construction of an idea of boundary and the relating opposition between dār al-islām and dār al-ḥarb is actually highlighted in different ways (Calasso, Villano, Tottoli, Zappa): as a historical event—the Prophet’s hijra—perceived by Islamic tradition as a symbolic watershed, and as such put forward by sev-eral reformist movements until the modern age, but also as an action charged with a high ethical value in the Qur’an itself.

In fact, while the term hijra is not found in the sacred book of Islam, the Qur’anic occurrences of the verb hājara are significant. As for the commentaries to the verses about “emigrating,” the expressions dār al-islām and dār al-ḥarb start occurring frequently only with Ṭabarī’s Tafsīr (fourth/tenth century), which proves to be a real turning point in this literary domain, not to be overlooked when outlining the phases of the “canonization” process of the binomial and their becoming sort of “technical terms.”

If the commentaries of the second/eighth and early third/ninth cen-tury never used the word dār associated with islām or ḥarb, nor the expres-sions dār al-islām / dār al-ḥarb, it means that this conceptual and linguistic dichotomy was still not so established as to be exported into Qur’anic exegesis.

In Tottoli’s view, the recurring, close connection between emigrating and the dār al-islām / dār al-ḥarb oppositional pair found in Ṭabarī’s Tafsīr repre-sents a further stage in the development of this dual concept, which originated around the first conquest wars and then was made its own by siyar juridical  literature: “the combination of the real relations between the two abodes and of the ideal confrontation between the realm of faith and that of unbelief,”9 which reflects a more self-confident attitude dating back to the time when Islam was beginning to gain a majority in spite of the break-up of its political unity.

The fact that for far more than three centuries Muslims were not the majority within the countries under Muslim rule is indeed not to be underestimated.

Or is the origin of the dār al-islām / dār al-ḥarb dichotomy and its connec-tion with the notion of hijra to be traced back to the Qur’an itself?

Swimming against the tide, although going off in different directions, two studies in the present volume credit the Qur’an itself with a decisive role in the conceptual genesis of this oppositional pair, although it is not explicitly found there, one focusing on the notion of hijra (Villano), the other on that of jihad (Chaumont). And these are in fact the pillars on which—alternately—the dichotomy has rested through time.

The Qur’an points indeed to the act of emigrating as the symbol of one’s loyalty to God and his Messenger—instead of his own tribe—a horizontal displacement establishing “a temporal dichot-omy [which] lastly turns into an ethical or moral dichotomy.”10 Therefore, as Raoul Villano maintains, it is in the Qur’anic notion of “emigrating” that the origin of the dār al-islām / dār al-ḥarb dichotomy should be identified.

And this would perfectly suit Gianroberto Scarcia’s thesis11—referred to also by other contributors to this volume—according to which the very meaning of dār al-ḥarb, as opposed to dār al-islām, should be interpreted, based on some Qur’anic passages, as the dār of those who wage war against God, and not of those against whom war must be waged, in opposition to the dār of those who submit themselves to God.

Things are seen very differently by Éric Chaumont, who focuses on the chap-ter about al-siyar wa ’l-jihād of the Kitāb al-Muhaḏḏab by the outstanding fifth/ 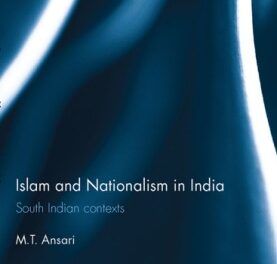 Islam and Nationalism in India pdf 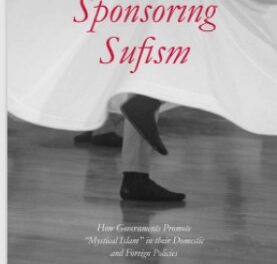 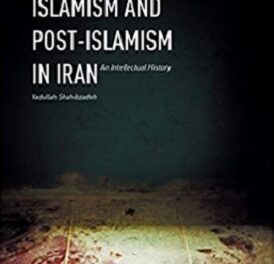 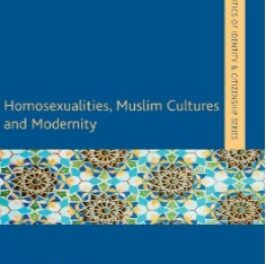