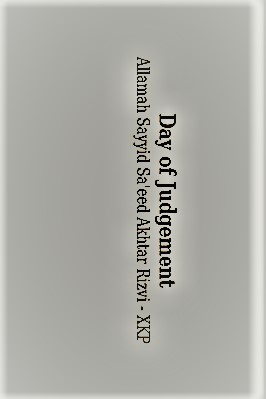 The Belief in The Life Hereafter, the Most

The beliefs in the Unity of Allah and in the Day of Judgement are the Foundations of True faith. All prophets, right from Hadhrat Adam (A) to the Last Prophet Hadhrat Muhammad Mustafa (S), inculcated these beliefs in their peoples.

The proof of life hereafter can be found in the books of Anthropology and archaeology. Scientists have discovered that almost all pre-historic societies and communities firmly believed that man, after his death in this world, lives in another world. And today even the most primitive tribes staunchly believe in the life-hereafter.

In the ancient tombs throughout the world archaeologists do find household effects and even grains stocked and stacked ‘for use by the dead man in his next life.’

The original American Indians reached America between 26,000 and 13,000 years ago, “wearing skin and moccasins, with domesticated dogs, a belief in the after-life (and) respect for the dead.” [1]

This belief spanning the whole world, and reaching back to the very dawn of humanity, proves that Hadhrat Adam (A) had indeed taught this truth to all his children, and his teaching was preserved by all his descendants throughout the ages, though the passage of time and ignorance might have twisted the details in many cases.