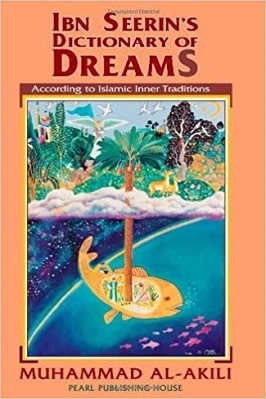 Dictionary of Dreams – According to Islamic Inner Traditions

DICTIONARY OF DREAMS – ACCORDING TO ISLAMIC INNER TRADITIONS

Dreams are messenger to us from the unknown.

They are voices from our collective sub-conscious, warners of deep inner disturbance in the individual psyche, bearer of glad tidings of good things to come, or echoes of happy or sad and long hidden memories.

As messenger from the unknown, dreams are often prophetic voices of the future. Hence, they have at times directed the course of the history of nations.

The dream of the prophet Abraham to sacrifice his son, his obedience to the Divine will and his willingness to submit in absolute faith to God made him the first true Muslim and the father of prophets. The true interpretation of the dreams of the king of Egypt by the prophet Joseph saved both the Egyptians and the children of Israel from famine and death.

The dreams of the Prophet Muhammad, upon him and all the prophets of God be peace and blessings, marked the beginning of his revelation, the noble Qur’an which changed the face of human history and civilization.

Although dreams belong to the domain of personal experience, they are a universal phenomenon, and thus have played a crucial role in the formation of human culture. Throughout recorded human history, dreams and the interpre­tation of dreams have inspired sages and prophets, poets and kings, as well as the most creative psychologist/philosophers of our day.

The science of psycho­analysis of Carl Jung and his school rests on the fact that dreams form the inner diary of every human individual, and hence the need to read and interpret them correctly.

This fact has for long been recognized by the sages and prophets of traditional cultures and religions.

Not all dreams, however, are either true or authentic. Those of the prophets and friends (awliya’s) of God are Divine revelations, true and sacred.

The dreams of pious men and women are almost always true and meaningful. Some dreams come from Satan, and are thus misleading. Others may be caused by physical or psychological problems such as stomach discomfort or emotional disturbance. It is therefore important to distinguish true dreams from empty fantasies, and inspired dreams from satanic insinuations.

This is a Divine gift to inspired prophets, holy persons and insightful sages.

The author of the original book Muntakhab Al-Kalam F’i Tafs’ir Al-Ab,.lam, of which the present volume is an adaptation, was a well-known and highly revered man of God, religious scholar and mystic.

Even though the book looks at dreams and their significance from an Islamic point of view, the truth on which it is based, and which it uncovers are universal and primordial verities. This book is therefore intended for all those who take dreams seriously as an important aspect of their life, faith and psychological makeup.

The extensive indexes and well organized layout of this valuable book make it a useful manual of types of dreams and their meaning. It is, moreover, the first Islamic guide in English to authentic dream interpretation.

It is hoped that this dictionary of dream interpretation will prove useful to students of culture and spirituality, but above all to seekers after truth.

All praises be to Allah, Lord and Cherisher of the universes. May the most sublime of His blessings shower upon His chosen and elect, the light that dawned upon the creation and brought mercy to humanity, God’s Prophet Muhammad, upon whom be peace.

He is the carrier of the Divine promise of forgiveness for those who repent and walk the avenues of the dwellers of paradise, and he is the loftiest of intercessors on the Day of Judgement, when creation will meet its maker to receive the harvest of its deeds.

Dream interpretation requires vast knowledge, clear perception, and sensi­tivity. Such knowledge must be based on the fundamentals of one’s religion, inner spiritual values, moral and cultural traditions.

On the other hand, they could be a reprimand for an ignoble act one is pondering, or an act one may mistakenly thinks that it is the correct thing to do, or a new friendship that could lead him to hell-fire, or a clarification concerning his treatment of his family and friends and about his business dealings, or they may bring spiritual guidance, etcetera. This is the type of dream which is referred to in God’s Prophet’s sayings:

“A true dream represents one of forty-six branches of a prophecy.” Both religious and irreligious people may see a true dream that could come true.

The second type of dream connotes deception, cunningness, contriving, jealousy, or a scare, causes pain, depicts any type of eavesdropping, engaging in mundane conversa­tion, the call of one’s mind and desires, or imagination, or occur after eating a heavy late meal or even going to bed hungry, etcetera. This type of dream comes from satan.

God’s Prophet (uwbp) has said: ‘J\s time draws nearer to the con­clusion of this world, dreams will become confused. The most true of dreams are those of a truthful person. Thus, if one sees a dream that he dislikes, he should tell no one about it, and he should immediately leave his bed and perform his prayers.” He also said: “The best of ropes is steadfastness to one’s religious life.”

Some interpreters divide dreams in three categories: 1- a good dream which is a glad tiding from God Almighty; 2- a dream that rises from one’s desires and inclinations; and, 3- a distressful dream that is prompted by satan. As a consequence of such dreams, one may wake up either happy or afraid.

Some dreams cause elation, while others cause shivers. In fact, the human frailty is subject to such involuntary acts of infringement upon its so-called ‘privacy’. Each dream connotes meanings that relate to one’s own character, actions, thoughts,

The Tree of Being: An Ode to the Perfect Man.pdf download

THE ENDURING QUEST A SEARCH FOR A PHILOSOPHY OF LIFE pdf

OBSTACLES IN THE PATH OF REACHING ALLAH pdf download

Sufism
👉 Click to load all books of Philosophy  Sufism