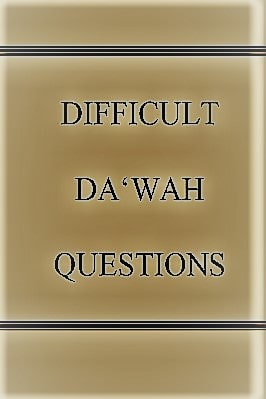 The prophet was a pedophile

The Prophet has been accused of being a pedophile due his marriage to ‘Aa’ishah at the age of 9.

Consequently, what is considered legal sex in France may be considered rape in England.

The finger is often pointed at Muslims as being wife beaters since Islaamic law permits hitting wives.

The reason being the extended family structure’s role in domestic disputes. In the West, the family is reduced to what is commonly referred to as the “nuclear family”; the husband, wife and kids.

Consequently, relatives have little or no concern in domestic disputes. In Muslim communities, the relatives are encouraged to interfere, to protect the rights of their daughter, sister, niece, aunt, or cousin.

Families often live together, or in the same vicinity and family contact remains strong.

His book became a standard, not only for parenting, but its principles became standards for educational institutions. His view was that children should be treated as little adults.

They should be reasoned with, and advised, but not hit. In the same way that, as adults, one would not hit another adult in order to get them to follow instructions, nor would they be hit for disobeying orders, children should not be struck. As a result, the use of corporal punishment in schools was abandoned. It had already been stopped in prisons in favor of reform.

The consequence in schools is that teachers became hostages in the hands of their students.

A number of cases of students attacking teachers occurred in the late sixties and seventies. As a result, most inner city schools in America have metal detectors at their gates in order to disarm students.

There are limitations, in that the Prophet prohibited hitting in the face, even in the case of animals.

The Prophet also said, “You have rights over your women that they do not allow anyone you dislike into your home. If they disobey you, you may spank them. And the woman’s right on you is that you clothe her and feed her justly, according to your means.”3 However, that permission is under special conditions and with severe limitations.

A husband is not permitted to beat his wife simply because she spilled his tea, burnt his toast, forgot to iron his shirt, etc. for example. The Qur’aanic permission given is specifically in the case of divorce, as a last resort to save the marriage.

The Qur’aanic verse outlines the procedures which should be followed in the case of a rebellious and unjustly disobedient wife. She should first be verbally advised of her obligations.

If that fails, the husband should then cease having sexual relations with her. Failing that, if the husband sees it useful, and as a final step in order to bring her back into line he is allowed to hit her.

What is meant by the Prophet’s words “…If they disobey you…” is rebellious disobedience to instructions permitted by Islaamic law.

Therefore the righteous women are devoutly obedient and guard what Allaah instructed them to guard in their husbands’ absence.

As for those rebellious women, admonish them, then abandon them in their beds, then beat them. But if they return to obedience, do not make their way difficult.”

The Prophet said, “Creatures should not be obeyed if it means disobedience to the Creator.”

As regards the hit, it should not be physically damaging and it should not be in the face as the Prophet said, “… Do not hit her in her face nor curse her…”4 and “Do not beat your wives as you would your servant girls in pre-Islamic times.”5

If the husband abuses this conditional permission and brutalizes his wife, her male relatives have the right to intervene and the case can be taken to the courts if it is severe enough.

5. Consequently, the intent of this beating is not inflicting pain and punishment but merely to bring the woman back to her senses and re-establish authority in the family.

CHOPPING OFF OF HEADS AND HANDS AND STONING TO DEATH

In 1952, in the USA, Justice Hugo Black wrote: “Retribution is no longer the dominant objective of criminal law. Reformation and rehabilitation of offenders have become important goals of criminal jurisprudence.”

In 1972, Justice Thurgood Marshall wrote: “Punishment for the sake of retribution is not permissible under the Eighth Amendment.” In the same year, California’s capital-punishment law was declared unconstitutional.6

For some criminologists “reformation” has become synonymous with “cure”. The criminal is no longer a “bad man” but a “sick man.”7

Only five served 12 or more years, nine served 6 or less and one completed only 6 months.8

These are not cases of mistaken ruling which was corrected. These were convicted murderers being let out on the public due to their good behavior in prison. Many of them killed again, only to be sentenced for a few more years.