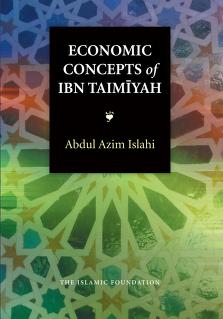 It is quite natural, in the context of our present endeavour to Islamize our economies, to turn to some of the best brains of the past for inspiration and guidance. To me, the choice of Ibn Taimiyah seems to be very appropriate indeed.

Standing midway between us and the age of revelation – he lived in the last third of the seventh and first quarter of the eighth century after Hijra – Ibn Taimiyah had a firm grasp of the achievements of Islamic scholarship that preceded him.

Though largely treading in the footsteps of Ahmad ibn Hanbal, the last of the founders of the four main schools of Islamic law, he had enough independence of mind and catholicity of vision to draw upon the other schools and scholars to arrive at his own opinion on a matter.

This gave him a stature way above almost all scholars and jurists who followed him. Though a parallel may be recognized in the unique contributions of Shah Waliullah of Delhi, who lived in the twelfth century after Hijra, Ibn Taimiyah remains unsurpassed in the comprehensiveness of his works and clarity of his vision on what constitutes Islamic living.