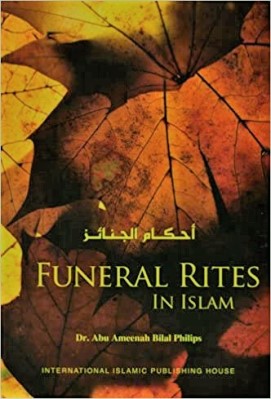 If one finds oneself on his or her deathbed or what appears to be the deathbed, one is obliged or recommended to do certain acts of worship and people around the dying individual are encouraged to be supportive and to provide certain basic services.

Those people who are present should encourage the dying person to repeat after them the Declaration of Faith (Shahaadah) until he or she passes away confirming Allaah’s unique oneness (Tawheed).  Both Aboo Sa ‘eed al-Khudree and Aboo Hurayrah quoted the Prophet (r) as saying,

“Prompt your dying ones (to say): laa ilaaha il-lal-laah1 and whoever’s last words before dying are: laa ilaaha il-lal-laah, will enter paradise one day, even if he is afflicted before that by punishment.” ((this addition is only found in Saheeh Ibn Hibbaan and it is authenticated in Irwaa al-Ghaleel, vol.3, p.150.))

This prophetic statement does not simply mean that the Shahaadah should be mentioned by others in the presence of the one who is dying.  The dying person, himself or herself, should be instructed to say the Shahaadah, as is evident from the Prophet’s statement “whoever’s last words are: laa ilaaha il-lal-laah”.  The following hadeeth narrated by Anas indicates the Prophet’s practise in this regard:

Anas ibn Maalik reported that the Messenger of Allaah (r) visited a man from among the Ansaar and said to him,“O Uncle, say : laa ilaaha il-lal-laah.  The man asked, “Am I a maternal uncle or a paternal uncle?” and the Prophet (r) replied,“Indeed you are paternal.”  The man then asked, “Is it better for me to say : laa ilaaha il-lal-laah?  The Prophet (r) replied, ‘Yes.’”(( Collected by Ahmad and authenticated in al-Fat-h ar-Rabbaanee, vol.7, p.57,  no.34 as well as in Ahkaamul-Janaa’iz, p.11.))

People present may pray aloud for the dying person, letting them hear their concern and compassion for them.  Those present should also avoid saying anything in the dying person’s presence which is not good.  Negative words will only increase the difficulties which the sick and dying are facing.  On the other hand, good words and positive thoughts will make the process of dying easier and the recovery from illness more bearable.