Home » ISLAM and CHRISTIAN AS SEEN IN THE BIBLE pdf download

ISLAM and CHRISTIAN AS SEEN IN THE BIBLE pdf download 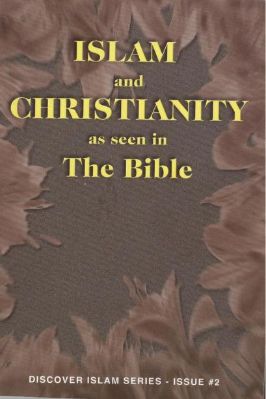 Islam and Christian As Seen In The Bible

ISLAM AND CHRISTIAN AS SEEN IN THE BIBLE

Christianity and Islam are two great religions of the world, each with over a billion followers.

Though they have many things in common, practically speaking, there is a wide gulf separating them

One of the main reasons is lack of knowledge and proper understanding of each other’s views.

We need to explore the possible avenues which can bring them together so as to be able to mutually benefit from their common heritage.

One such approach could be for a Muslim to explain to his Christian brother that Islam is not an alien religion, as he might think; it is very much Biblical, in the sense that what was taught by all the prophets of God (as we find them in the Bible) is being followed today by Muslims.

It is the Muslims who are best adhering to the teachings of Jesus Christ (peace be upon him), and hence they rightly deserve to be called the “true followers of Jesus Christ”. This is exactly what this booklet tries to convey.

There is absolutely nothing original in the contents of this booklet. It is simply an attempt to put together certain relevant verses and passages from the Bible which substantiate the Muslim claim that Islam is not a new religion, unfamiliar in its outlook and fundamental doctrines.

References are quoted from the New Revised Standard Version and the New International Version.

This material was originally prepared as a talk given to a big group of Filipino Christians working in Bahrain; and Alhamdulillah, it was well received. ‘Mohammed (peace be upon him) in the Bible’ being a complementary topic, two articles on the subject (originally published elsewhere) are appended.