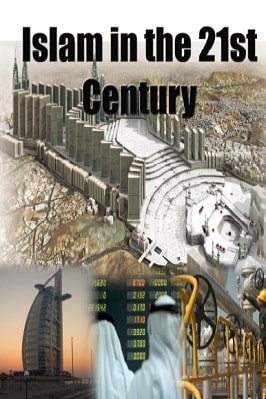 Islam in the 21 Century

ISLAM IN THE 21 CENTURY

Since the events of 9/11 and 7/7, Islam and Muslims have increasingly been on the receiving end of a barrage of criticism. Many of the Islamic thoughts and practices have come under unprecedented attack under the banner of Freedom.

The caricatures of Prophet Muhammad (Sallallahu â€˜alaihi wa sallam) and the banning of the Hijab in France are just two examples of the attempts of western secular countries to actively malign Islam.

This attack on Islam and Muslims is however not restricted to certain Islamic thoughts and practices. Rather the whole concept of Shariâ€™ah, the Islamic legal system, is ferociously attacked.

The media portrayal of life under Shariâ€™ah were beating of women, beheadings and lashings are everyday occurrences, are now all too familiar images.

This has erroneously given the impression of the unsuitability of Sharâ€™iah in the 21st century to deal with new issues and to solve modern, day-to-day problems.

This booklet will explore and contrast some of the problems of the 21st century and compare the manner in which secularism and Islam attempt to solve them.

This booklet will look at how the Shariâ€™ah texts are capable of dealing with any issue, be they social, economic or international. The book will scrutinise the applicability of the shariâ€™ah in the 21st century through looking at a variety of 21st century issues.

A comparison will be made between the Shariâ€™ah approach to tackling issues and the secular methodology and its effects.