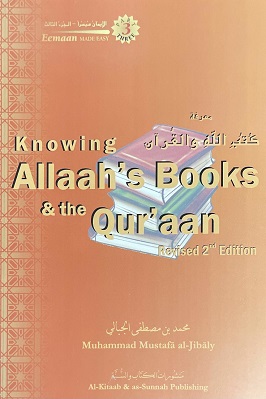 A Word to Parents and Educators

True Education is that which improves a person’s knowledge and understanding of his Deen. It makes him more aware of the purpose of his creation and his role in this life.

It builds in his heart a strong belief that enables him to distinguish between right and wrong, and a strong eemaan that compels him to abide by the right and refrain from the wrong.

True education is a social necessity. It is a prerequisite for attaining success and dignity similar to those that were enjoyed by the first Muslim generations.

It is indeed sad to see that education, with the above goals, has largely vanished from among the Muslims.

Most of those who took its lead lack clear Islaamic knowledge and vision. In their heart, there is a great void that they attempt to fill with numerous imported educational theories, causing a severe distortion to the Islaamic identity.

Verily, a quick review of the available Islaamic curricula, as well as the books available for children’s reading, exposes an obvious problem. There is serious confusion in determining the right approach and material to present to the children.

We find that the themes of many Islaamic children’s books revolve around magic and superstition, deviant beliefs and practices, historical falsehoods and slanders, offensive thought,

A CONCISE DESCRIPTION OF JANNAH AND JAHANNAM pdf download

THE DIFFERENCES BETWEEN THE ASHARIS AND MATURIDIS pdf