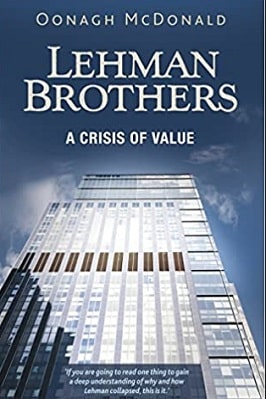 Lehman Brothers – A Crisis of Value

LEHMAN BROTHERS – A CRISIS OF VALUE

The purpose of this book is to explain the fundamental causes of the bank’s failure, including the inadequacy of the regulatory and supervisory framework.

For some, it was the repeal of the Glass-Steagall Act that was the overriding cause, not just of the collapse of Lehman Brothers, but of the financial crisis as a whole.

The argument of this book is that the cause is partly to be found both in weak and ineffective regulation and also in a programme of regulation and supervision that was simply not fit for the purpose.

Lehman Brothers certainly contributed to its own demise. When the company pursued its more aggressive policies to increase its profits and its market share, it moved away from purchasing residential real estate loans, even when these were subprime, and packaging them into mortgage-backed securities, which were then sold on.

Dick Fuld, the chairman and CEO, and his senior management ignored the increased risks, choosing to rely on over-valuations of the firm’s assets.

One of the continuing puzzles is why Lehman Brothers were allowed to fail. The main players in that decision, Henry Paulson, Timothy Geithner and Chairman Bernanke, have generally claimed that the Federal Reserve did not have the legal powers to rescue Lehman Brothers in the absence of a buyer for the company.

This explanation was always difficult to reconcile with the decision to bail out AIG two days later.

That is not the only issue to be considered. The failure of Lehman Brothers has many facets, and each of those is examined in the second part of the book. Much has been said about the ‘destruction of value’ in the financial press and academic analyses.

Trillions of dollars ‘disappeared’ through plummeting asset prices and, as some would argue, the crisis entailed not the destruction of ‘real’ value but the exposure of fictitious or virtual