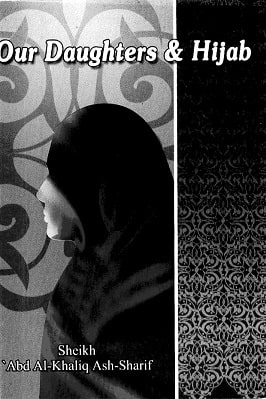 Our Daughters and Hijab

OUR DAUGHTERS AND HIJAB

“Any Muslim who has two daughters and has been good to the1n as long as he accon1panied them, they, will cause him to enter paradise.”

“Whoever had three daughters, three sisters, two daughters, or two sisters and disciplined them, and had been good to them, he will enter Paradise.”

Anyone who has a heart that feels and a mind that understands will realize fully the significance of the Prophet’s weighty words, which ask us to look after daughters in accordance with Allah’s orders and injunctions.

Allah has created mankind, both males and females, and assigned for each sex a suitable position and function in the human society.

Allah, Most High, says, The nature on which Allah on which Allah has made mankind: no change (there is) in the work (wrought) by Allah: that is the true Religion: but most among mankind know not. (Ar-Rum: 30)

The need of one sex for the other and the mutual inclination between them are from nature. Allah, the Almighty, says,

Fair in the eyes of men is the love of things they covet: women and sons; heaped-up hoards of gold and silver. (An-Nisa’: 14)

This mutual inclination or liking, if not controlled, can lead to the ruin of the society. The Messenger (pbuh) said,

“I have not left behind a trial which is harder on men than (the trial of) women. Assuredly, the first cause of the destruction of the Children of Israel was women.”