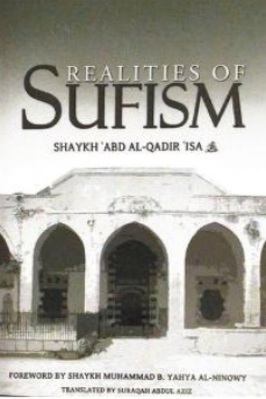 He grew up wearing the finest of clothes and using the most expensive of scents – in fact, similitudes were struck among the people on the basis of his elegant style and handsome appearance.

That was until, the people of Allah captivated him with love for Allah Most High and complete immersion in His remembrance.

He journeyed from the created universe to the Creator and remained in that state until his soul returned – content with its love for its Lord – to its Maker.

May Allah Most High reward him on our behalf with the best reward.He left Syria for the Hijaz and then to Jordan and was subject to injuries and tests for the sake of Allah.

He was confronted by foolish people and remained firm in the face of many types of tribulation.

He later went to Turkey to pour out his noble soul to his Maker and was buried next to the esteemed Companion, our master Abu Ayyub al-Ansari – may Allah be pleased with him.

During his days of exile and tribulation he wrote this beautiful book Realities of Sufism.

His intention behind the book was to refute the various misconceptions and false claims levelled against the esteemed path of the real Sufism;

the Sufism that is confined to the Book and the Sunna and that follows the predecessors of this Umma: Ahl al-Sunna wa al-Jama‘a.