Home » The Jinn Magic and the Evil-eye pdf download 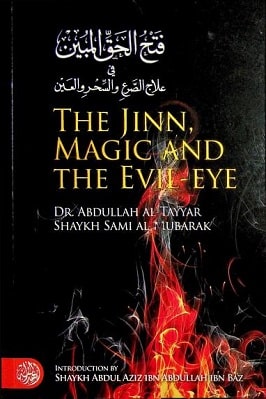 THE JINN MAGIC AND THE EVIL-EYE

The use of magic and its likes by people who only wish to cause harm has become widespread in our times.

It is rare to find a person who does not know someone who has been inflicted with these problems or at the very least heard about these incidents.

Problems related to the spirits and the unknown cause more grief to its victims than most physical ailments, for in most cases people are unaware of how to cure such illnesses.

Modern medicine rejects the notion of evil spirits possessing others. Instead, these are considered to be psychological illnesses; this may be the case in some cases but not in all instances.

It is important for the Muslim, in general, to know what Islam mentions as being the truth with regards to the jinn, magic, evil- eye, and such similar affairs.

It is especially important for those who have been afflicted with such illnesses to know what the sbarr’ab says concerning the causes and cures to these illnesses.

This will mean that a person is fully aware of what he is dealing with, is able to use the lawful means which have been prescribed by Allah in seeking a cure,

and is not in need of those deceivers and impostors from the fortune-tellers, soothsayers, and their likes who claim to have knowledge of the unseen, and who will only cause a person to fall into the major sins when approached.

Due to their not being, to the best of my knowledge many Muslims, especially in the West, who have sufficient insight into these topics, nor many suitable sources of information in the English language, many Muslims are at a loss as to what to do in the event of such a calamity befalling.

In times like this, many people refer to those who have no more experience in these cases than the afflicted.

This is why it is important that something simple and comprehensive is made available to everyone so that the rulings of the sbari’ab are made clear to the Muslims.

So, when I heard of the increase in the number of cases of this type, I asked Allah that He assist me in bridging this gap and filling this hole.