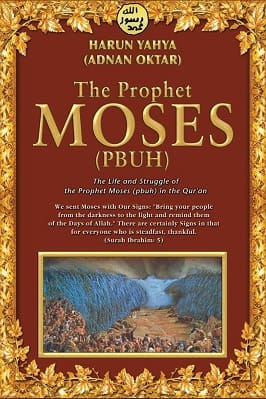 The history of mankind could be considered as a history of the prophets. Allah (God) has communicated His Divine Revelation to people by means of His messengers throughout history. These messengers told people about Allah and communicated to them the words of our Lord.

The struggle a number of prophets faced in spreading the message is depicted in detail in the Qur’an. The hardships they faced, the solutions they brought by the leave of Allah and the exemplary behavior are all clearly outlined.

Allah communicates what His messengers endured as an example for people, for their struggle and good character are also applicable for the people of today.

In the Qur’an, the stories and experiences of various prophets, besides the Prophet Muhammad (May Allah bless him and grant him peace), such as the Prophet Jesus, Solomon, Joseph, Noah, Abraham, and many others (peace be upon them all), are conveyed as examples.

For instance, there are numerous lessons for us in the righteous conduct of the Prophet Joseph (peace be upon him), as well as sagacious insight about human and social psychology in the Prophet Joseph’s (PBUH) relation with his brothers, his being thrown into a well by them, his being sold into slavery, his being thrown into prison while a slave in the King’s palace because of wrongful accusations, and his being placed in authority over the state treasury.

There is indeed an important example for us in the Prophet Abraham (PBUH), who is mentioned by Allah in the Qur’an as “…a great example