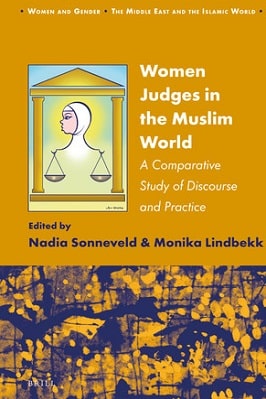 WOMEN JUDGES IN THE MUSLIM WORLD

The political-juridical structure continues to be a key domain for feminist analysis, advocacy, and activism for at least three reasons. First, state policies and legal frameworks determine women’s status, social positions, and access to resources and rights.

These include rights within the family (marriage, divorce, child custody, marital assets); access to property and inheritance; reproductive rights; freedom from domestic violence; and socio-economic rights (e.g. maternity leaves and childcare, freedom from workplace harassment). Second, women’s participation in political and juridical decision-making is a measure of women’s empowerment and gender equality.

Throughout the world, women have made impressive gains in the field of law, as practising lawyers, legal counsellors, and law professors.

This has changed the legal profession, which once was dominated by men, in at least two ways: first, in terms of the gender composition, and second, in terms of the availability of lawyers who are aligned with the women’s movement and advocate for women’s equality and rights. Now women are making inroads into another profession that historically has been reserved for men: the profession of the judge.

Yet, in many countries, women judges are clustered in the family courts and lower civil courts, and a kind of ‘glass ceiling’ prevents their promotion to the upper courts. In some countries, however, we do see women appointed to the highest courts. There is a third reason for the importance of studying women judges.

Just as research has suggested that women may be able to engage in agenda-setting for women’s equality and rights when they constitute a ‘critical mass’ in political bodies, there is some evidence that women in the legal profession may adjudicate differently and have a sense of justice that is shaped by ethical and care considerations.

Women judges also may be more likely to sympathize with women plaintiffs in cases concerning domestic violence, sexual harassment, divorce, abandonment, and child custody. In other words, women’s descriptive representation could also prove substantive, although this hypothesis continues to be debated and requires further testing.1