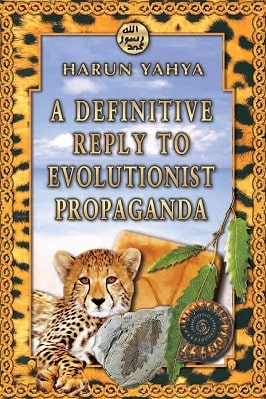 Between early 2001 and the present day there have been a number of very interesting and important developments in the world of science. The advances made in such different scientific fields as paleontology, molecular biology, anatomy and genetics have once again revealed the terrible scientific dilemma the theory of evolution finds itself in. The theory of evolution was proposed in its present form in the mid-19th century by Charles Darwin and at that time provided enormous support for materialism. Such was that sup- port that the present collapse of the theory is also resulting in the col- lapse of materialism itself.

Materialism is a most dangerous philosophy, which denies the existence of God, religion and the spiritual life and which regards matter as the only absolute and supports a selfish world view. The selfish, self-interested, combative and ruthless moral view which is still widespread in the world is the product of a materialist-Darwinist viewpoint.

It is therefore essential to inflict an intellectual defeat on the materialist world view, and to this end it is essential to reveal the scientific in- validity of Darwinism, which constitutes the basis of that view. This is an easy task, because Darwinism lacks any scientific foundation. Not one scientific proof to back up the theory of evolution has so far been found in any relevant branch of science. The findings which have been made all show that evolution never happened. All that evolutionists do is to distort certain biological phenomena, observations or the fossil record, none of which actually constitute any evidence for the theory of evolution, in a prejudiced manner, and sometimes even wage their propaganda campaign by engaging in scientific fraud.

In order for the true face of Darwinism to be revealed it is there- fore essential that the effect of this propaganda be nullified and that the scientific facts be made available to as many people as possible. The subsequent chapters of this book therefore examine the new scientific findings which unmask the evolution deception as well as the invalidity of the one-sided reports which have appeared in evolutionist publications and media outlets in recent months….