A Treasury of Ghazali (Treasury in Islamic Thought and Civilization)

A Treasury of Ghazali – Book Sample

A Treasury of Ghazali – Introduction

I mām al-Ghazālī (450–505 AH/1058–1111 CE) of Tus, Khorasan, occupies a unique place in human history. Almost all of humanity today aspires to achieve what he abandoned in a moment of genuine transformation. By subscribing to the Suﬁ mystical path, he

renounced the material world. He believed he had to ‘shun fame, money and run away from obstacles’ that prevented him from achieving indubitable knowledge. This spiritual crisis took place at the peak of his career at the Niẓāmiyyah College of Baghdad, a position that won him ‘prestige, wealth and respect that even princes, kings and viziers could no match.” [01]al-Zabīdī , Itḥāf al-Sādah al-Muttaqīn , vol. I, p. 7

His inward struggle was vividly described in al-Munqidh min al-Ḍalāl , where he stated:

For nearly six months beginning from Rajab, 488 AH (July, 1095), I was continuously tossed between the attractions of worldly desires and the impulses towards eternal life. In that month the matter ceased to be one of choice and became one of compulsion. [Allah] caused my tongue to dry up so that I was prevented from lecturing. One particular day I made an eﬀort to lecture in order to gratify the hearts of my students, but my tongue would not utter a single word, nor could I accomplish anything at all.

His health declined and his physicians gave up on him, for they realised it was not a physical ailment that was wrong with him. At this stage, he ‘sought refuge with Allah who made it easy for his heart to turn away from position and wealth, from children and friends.’ [02]Hyman and Walsh, Philosophy in the Middle Ages , pp. 277–278

And that is exactly what al-Ghazālī did! He left his job, distributed his wealth, except for the very little that he kept for the needs of his family. And in order to give up his power and fame, he left Baghdad to lands where he was not known. He lived incognito in Damascus, Jerusalem, and visited Hebron, Makkah and Madīnah. It took him eleven years before heading back home.

A Treasury of Ghazali

Al-Ghazālī carved a niche for himself in the world of Islamic thought. He was the scholar par excellence in the Islamic world, with hundreds of scholars attending his lectures at the Niẓāmiyyah school of Baghdad between 484 AH/1091 CE and 488 AH/1095 CE *(cf. al-Subkī, Ṭabaqāt al-Shāﬁʿiyyah al-Kubrā , vol. VI, p. 197)). His scholarly works in jurisprudence, theology, philosophy, education and Islamic spirituality continue to enrich academic discourse on the Islamic worldview. He became known as the ‘Proof of Islam’ ( Ḥujjat al-Islām ) for his role in defending Islam, especially against internal sectarian trends.

Imām al-Ghazālī’s magnum opus, Iḥyā’ ʿUlūm al-Dīn ( The Revival of the Religious Sciences ) continues to be celebrated for its ability to infuse spirituality into law ( ﬁqh ). The books of Islamic law are typically technical and dry. The traditional works of jurisprudence do not capture the Arabic etymological meaning of ﬁqh in the Holy Qur’ān and the Prophetic Sunnah. It denotes understanding the totality of the Islamic worldview, with spirituality at its core.

Imām al-Ghazālī’s autobiographical work, Al-Munqidh min al-Ḍalāl , reﬂects an inquisitive mind that goes back to the days of his early childhood, and a fascination with indubitable knowledge and truth throughout his life. But it is his spiritual curiosity and captivating knowledge of the intimate aﬀairs of the heart that constitute an exceptional source for all seekers of the meaning of life. He stated at the beginning of al-Munqidh : ‘The thirst for grasping the real meaning of things was indeed my habit and wont from my early years and in the prime of my life. It was an instinctive, natural disposition placed in my makeup by Allah Most High, not something due to my own choosing and contriving. As a result, the fetters of servile conformism fell away from me and inherited beliefs lost their hold on me when I was quite young.’

Al-Ghazālī’s works travelled far and wide, some of which were translated into Latin within a very short period after his death. Reﬂecting the inﬂuence of al-Ghazālī on the Latin world, Manuel Alonso listed forty-four medieval philosophers and theologians who made reference to al-Ghazālī. These included Thomas Aquinas who referred to Maqāṣid Al-Falāsifah thirty-one times. [03]Al- Andalus, XXIII

This book, A Treasury of al-Ghazālī , is an attempt to capture the essence of Imām al-Ghazālī’s corpus of writings. He was proliﬁc, leaving to posterity seventy-three books and treatises, which made choosing the forty maxims a challenging task because of the sheer number of possibilities available at hand.

Imām al-Ghazālī, like all Suﬁs, had an appreciation for ‘taste’ as experiential knowledge, not as sensory perception. After studying, teaching and writing about al-Ghazālī for more than three decades, I have developed a ‘taste’ for his ethos. He was an outstanding scholar of the Shāﬁ ʿ ī school of jurisprudence, an Ashʿarite theologian and a Suﬁ. His story is that of returning to Allah, of having the right relationship with this world in preparation for the Hereafter, of abandoning bad personal traits and of inculcating good ones. The heart is at the centre of this story and it is the cornerstone of ethics and morality, but most crucially it is the single most important medium to understand and connect with the Divine.

A Treasury of Ghazali

The actual choice of these forty selections is reductionist at best; it cannot encompass all of al-Ghazālī’s ideas and concerns, but they can deﬁnitely provide a ‘taste’ of his intellectual and spiritual message. It is hoped that A Treasury of al-Ghazālī will motivate the readers to further their studies of this great scholar and intellectual and read at least some of his works.

Today, there is a renewed interest in al-Ghazālī, for spiritual renewal and for academic reasons as well. The Integral Chair for the Study of Imām al-Ghazālī’s Work at the Al-Aqsa Mosque and Al-Quds University (HM King Abdullah II Endowment); programmes at Cambridge Muslim College, UK; retreats during Ramadan at the Alqueria de Rosales in Spain; a Conference at Zaytuna College in Berkeley, USA; the annual Imām Al-Ghazālī lecture at Elmhurst College, USA, are but some of the manifestations of this renewed interest and spiritual revival.

I would like to end this introduction with one of al-Ghazālī’s insights that there are more sciences within reach of human beings, he said: ‘It appeared to me through clear insight and beyond doubt that man is capable of acquiring several sciences that are still latent and not existent.’ [04] Jawāhir al-Qur’ān , p. 28

A Treasury of Al-Ghazālī oﬀers humanity one extra drink to quench its thirsty heart. Written in the last occupied holy city in the twenty ﬁrst century.

READ  Ghazali and the poetics of imagination 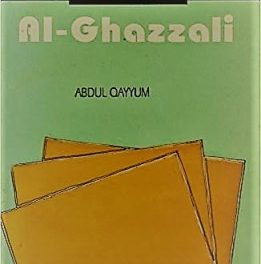 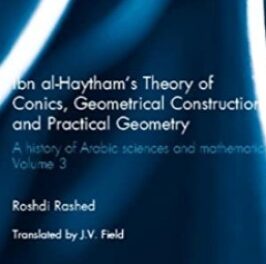 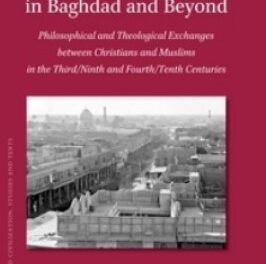 Ideas in Motion in Baghdad and Beyond pdf 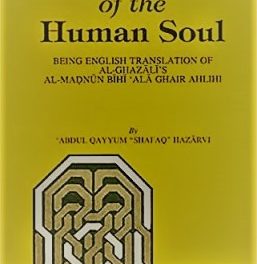 Mysteries of the Human Soul