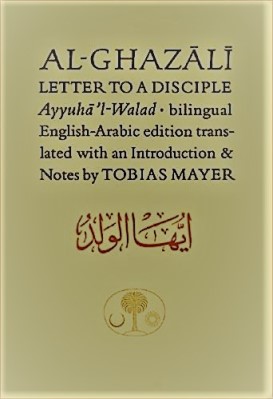 INTRODUCTION – AL-GHAZALI LETTER TO A DISCIPLE

A Moslem tradition says that at the beginning of each century God sends a renewer of the religious life. While there is difference of opinion concerning the receiver of this honor in certain centuries, there is universal agreement that for the fifth century there can be only one name Proposed-Abi-Hamad Mohammed b. Muhammed al-Ghazali. ((For biographical material, see the Bibliography.

For a discussion of the spelling of the name, see article by Macdonald, in JRAS London, 1902, pp. 18-22, where the author advocates the spelling al-Ghazzali. But in his article in the Encyclopedia of Islam, Macdonald adopts the spelli11g with a single z. Cf. also Zwemer, footnote p, 64.))

He has been universally assigned by later Moslems first rank as interpreter of sacred law, theologian, philosopher and scientist. Although he never became a thoroughgoing mystic, yet he brought Sufiism5 into an accredited place in orthodox Islam. With his keenness of intellect, depth of learning, and