Al-Ghazali on Divine Predicates and Their Properties – Book Sample

INTRODUCTION – THE PROBLEM IN ITS HISTORICO­PHILOSOPHICAL CONTEXT

Much of what is found in Islamic philosophical thinking expresses conceptions similar to those held by other religions A historic-philosophical treat­ment of the problem of the divine predicates or attributes would not be entirely complete, therefore, if it ignored the Conceptions of these religions, es­pecially given the contention that all the sects of Islam were influenced in this respect by Judaic and Christian thinking.’ Consideration of the issue of divine predi­cates in other religions, however, must be left to sub- sequent studies.

In Islam, the question of the divine attributes bas been treated from various perspectives. In the beginning it was viewed primarily as a semantic and metaphysical problem. A later. Introduction, its logical aspect, however, was its most important side.

Our attempt, therefore, will treat the problem with · this logical aspect predominantly in mind. Since we are limited both by the scope of this work and by the task of bringing this vast material into reasonable compass, we would confine ourselves to the treatment··of the problem as it unfolds in Islamic peripatetic thought, and the Ash’arite’s school, with· Ghazel being the major representative of the latter. The validity of some of Ghazali’s statements in Iqtitisad would be tested against the former schools and our findings in Plato and Aristotle. Comparisons, made within the narrow limits we have set for th.is chapter, yield, we recognize, much discrepancy and even disharmony and contradiction, but we hope that the important doctrines will stand out clearly.

Clearly, Muslim thinkers recognized that they had a problem in the language of the Qur’an. A close examination of any tract on dogmatic or the heresiologies of al-Ash’ari, al-Baghdidi, Shahrastani, or Ibn Hazm yields two aspects of this problem. The first aspect, the semantic one, is the description of God.

Get Paperback Book from Amazon 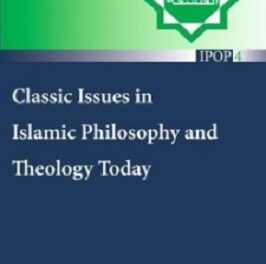 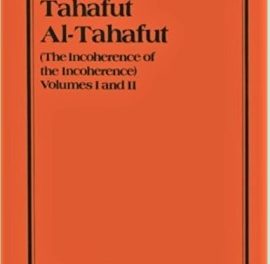