Aristotle’s Rhetoric in the East pdf 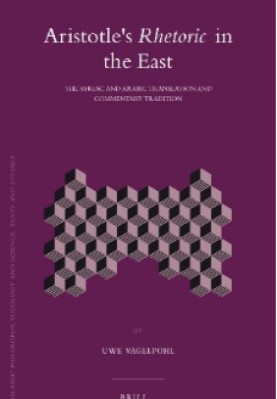 Aristotle’s Rhetoric in the East: The Syriac and Arabic Translation and Commentary Tradition

INTRODUCTION – ARISTOTLE’S RHETORIC IN THE EAST

The subject of this book is translation—not just the translation⒮ of Aristotle’s Rhetoric the title alludes to but more generally translation as a phenomenon of cultural exchange. Why the choice of medieval transla-tions into Arabic, particularly of this text?

In a series of publications dedicated, among other things, to the his-tory of Islamic philosophy and the transmission of Greek philosophy to an Arabic-speaking audience, examining the “Arabic translation and com-mentary tradition” needs little explanation. At the core of this transmis-sion process was what has come to be called the “Greek-Arabic translation movement”, a concerted eﬀort to translate the available Greek scientiﬁc, medical and philosophical literature into Arabic, carried out between the eighth and the tenth centuries.

Initially funded and supported by the au-thorities, the translation activities soon gained enough momentum to sustain themselves for a period of more than two centuries. As a result, large parts of the Greek scientiﬁc and philosophical heritage was trans-mitted to Arabic-speaking audiences.

The introduction of Greek knowledge had an immeasurable impact on Islamic culture and contemporary societies. The Greek-Arabic trans-lation movement was, both in terms of its scale and its inﬂuence, an un-precedented process of cultural transmission and transformation. Work-ing across a substantial linguistic and cultural divide, the translators de-veloped whole new terminologies to describe subjects and disciplines for which there was no equivalent in contemporary Islamic culture.

Their work and the subsequent writings of scientists and philosophers were not just an isolated episode in the history of science or philosophy, least of all a mere interlude in the history of “Western” scientiﬁc and philosophical activities as it has sometimes been understood. All of these Arabic-speaking scholars contributed to the formation of Islamic culture and, through the medium of Arabic-Latin translations produced whom the twelfth century onward, let their mark also on Western medieval sci-ence and philosophy.

Given its longevity and impact, the study of the Greek-Arabic trans lation movement involves a number of ﬁelds and approaches. Even after more than a century of sustained research, many questions remain unan-swered. On the level of the individual text, the identiﬁcation of the sources used by the translators, the dating of translations and the study of trans-lation methods and subsequent revisions of many extant texts is still in its infancy.

From the point of view of the history of ideas, we are still only at the beginning of identiing translators and patrons, understanding their backgrounds and motivations and reconstructing networks of scholars and translators who cooperated in identicaing texts they wanted to have translated and, once the translations became available, in giving rise to new research agendas fueled by newly available material. At the same time, the political calculations and conﬂicts that inspired the widespread and persistent ﬁnancial support for the translation eﬀorts by members of the intellectual, economic and political elite are still poorly understood.

There is no doubt, then, that the study of the Greek-Arabic translation tradition helps us understand many aspects of medieval Islamic society and at the same time serves as a very instructive example for the role of

translation as a medium of cultural transmission. But why the Rhetoric?

movement. While respected in theory, the Rhetoric had never been an im-portant text for the rhetorical teaching tradition in antiquity. It was soon replaced by textbooks which were better suited to the practical needs of students of oratory. In contrast to the lack of interest of late antique schol-ars and commentators, however, Islamic scholars actively engaged with the text. Their interest in this previously somewhat marginal work found its expression in numerous rhetorical treatises and commentaries. Un-

like other Aristotelian writings translated into Arabic, the Rhetoric came without a ready-made framework for understanding it (e.g. in the form of a set of commentaries). Confronted with the obscurities of a text that is intimately linked to aspects of Greek culture they knew little about, Islamic philosophers assembled their own, highly individual and creative

READ  The Summa Philosophiae of Shahrastani

interpretation of the Rhetoric and its role in the context of Aristotelian philosophy and beyond.¹

The Rhetoric is therefore a good example of several levels of involvement with the Greek heritage. As a text, it posed substantial philological problems and, as we will see, taxed the translators’ abilities to and beyond breaking point. As such, it helps us to understand how translators operated by showing how this particular individual applied the whole range of methods and tools at his disposal.

As a set of philosophical ideas, the Rhetoric illustrates the creative processes of assimilating an unfamiliar subject couched in an even more unfamiliar language into Islamic phi-losophy through several generations of commentators and philosophers.

Posing both philological and philosophical problems, the Rhetoric can, I am convinced, throw some light on the larger questions of the Greek-Arabic translation movement outlined above.

Fortunately, the ground is well prepared for a study of the Arabic Rhe-toric. Research on the Arabic commentary tradition and also its aerlife in the Latin West has been very active for a number of years. To understand this work, its position in the translation movement and its inﬂuence on Islamic culture and beyond, our task is therefore to combine these and other strands of research with a thorough study of the Arabic text of the Rhetoric itself: we need to situate it in its context as a Greek-Arabic translation, as a philosophical text and as part of a wider historical phe-nomenon.

Mapping out this context will be at the center of the ﬁrst two chapters. The ﬁrst chapter discusses the history of the Greek-Arabic translation movements, its motivations and some of the problems and issues aﬀecting past and current research. In the second, we will focus on the history of

the Arabic Rhetoric and review the (relatively small) body of information we have about the Arabic translation. The annotations in the margins of the single extant manuscript will lead us to a discussion of the possible role of a Syriac intermediary and the evidence we have for the reception of the Rhetoric among Syriac-speaking scholars.

Having assembled the relevant contextual information from the avail-able secondary sources, we then turn to the text of the translation itself. At the center of the third chapter is a detailed analysis of a text sample from Book Three of the Arabic Rhetoric and a comparison with the Greek source text. Additional investigations of textual features of a larger text….. 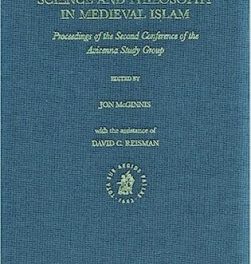 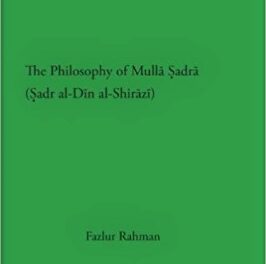 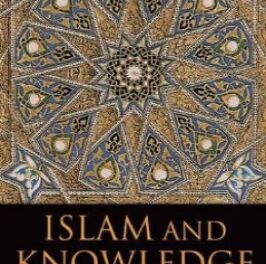