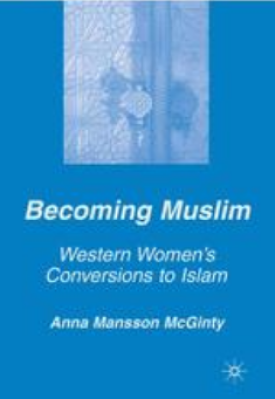 I still have my friends from high school. I talk to them once a year. And they say, “Are you still Muslim? Are you raising your kids Muslim?” They think it is some kind of New Age fad that I might drop at any time, you know [laughs].

The problem in America, I don’t know in Sweden, is religious people. Nonreligious people just don’t understand how a smart, intelligent person can become religious. Even my mother, who had been searching all her life but had finally decided that there was nothing there, she just couldn’t understand . . . They think of it as a weakness or crutch, and especially for an intelligent woman “why Islam?”. . .

I hear the same from Egyptian women—why do we always have to talk about the scarf when we talk about Islam? Why, if I put a piece of material on my head, do I become stupid? Why does this even matter for discussion! What do you care what somebody wears if what’s inside doesn’t change? (Mariam)

What I find difficult in my life is that since I’m wearing the veil I am questioned. I find it very hard that my intellect is questioned. You can’t be intellectual or intelligent and Muslim at the same time. That com- bination does not exist for most Swedes. In their eyes I have to be somewhat stupid if I, as a Swedish woman, decide to convert to Islam (Marianne).

Mariam from the United States and Marianne from Sweden express disappointment and frustration about being misjudged and misunderstood as Western female converts1 to Islam. They feel a distressing gap between their own self-image and the negative stereotypes many Americans and Swedes have of religious people in general and Muslim women in particular.

They want to be valued for who they are, to be taken seriously. Each understands her conversion as an emotional and intellectual development in her own life, not as a com- pensation for weakness or a rejection of rationality.

In this book I depart from interviews that I have conducted with some women in Sweden and in the United States who have converted to Islam. I was interested in their identity and life as Muslim and what they found appealing within the Islamic faith.

The women told me about particular experiences that were charged with emotional and existential meaning, such as having a dream, a separation, or going on trips to foreign places, experiences that had triggered a need for spiritual connection and fascination with another way of living. Many of them told me about a long process of reflecting, reading, discussing, and slowly trying out what was for them a new and dif- ferent worldview.

The conversions reflect in this sense a slow, gradual transformation. The accounts of the women, as well as others’,2 reflect a longing for a change of self, and over time the religious belief has been given salient meaning within a specific subjective world.

When I have talked about my research, in academic as well as nonacademic contexts, many people have ventilated skepticism and wonder about how Western women at all could deliberately convert to Islam, a religion they often associate with oppression of women. Overall, Islam has become a charged and widely discussed subject that generates a lot of emotions; everyone seems to have an opinion about it. The presence of Islam in the West is palpable, being the fastest growing religion in both Europe and the United States.

Muslims are far from being the far-away “others.” The often-invoked dichotomy and conflict between “West” and “Islam” is unfounded and question- able in some people’s everyday life though at the same time it is being used politically to reinforce differences between an “us” and a “them.” While Islam is frequently presented by media as a threat to “Western” ideas, some people in the West explore and commit themselves to the Muslim faith, finding in it support for ideas about solidarity, family, social justice, and peace.

In light of this, and particularly after the terrorist attacks on September 11, 2001, experiences and narratives such as those of the female converts, reflecting nuances and identification with seemingly incompatible worldviews and cultural ideas, are of the utmost importance.

Anthropologists and social scientists in general, have for quite some time questioned the notion of cultures as bounded, timeless, and coherent wholes. Still, we frequently encounter accounts and reports on how people, for example, immigrant youth, are trapped between cultures.

Individuals experience conflicting loyalties and internal conflicts between different cultural worldviews and beliefs,3 but cultures or civilizations per se do not really clash. The converts experience conflicts with family members and awkward encounters with the surrounding world, but in terms of their sense of self as Swedish Muslims or American Muslims another equally important understanding of different cultural and religious ideas is highlighted in their narratives, an understanding that deserves our attention.

Through an arresting self-reflective process of meaning-making, seriously confronting any notion of culture as something outside people’s minds, the female converts reconcile old and new, making Islam their own.

READ  Preparing for the Day of Judgement

Looking back on my own life experiences, there might also be other more subtle reasons for my interest in Islam in the West. The first classes I attended as an undergraduate were in history of religion and science of religion. Even if religious matters are not essential parts of my own personal life or identity, I am fascinated by existential questions concerning the spiritual aspects of people’s sense of self and their role in and impact on people’s everyday life.

My first personal encounter with and experience of Islam and Muslims took place in the land of the two rivers, the Euphrates and the Tigris. At the age of fourteen I landed, together with my parents and sister, at the airport in Baghdad. This was the beginning of a one-year visit to Iraq.

I remember very well the warm, dry air and the sound of the wind in the palm leaves when I stepped out of the plane. It was a dark, clear night with lots of stars and a crescent moon. I also remember waking up early the next morning, somewhat confused as to where I was, hearing the calling from a nearby minaret. It was undeniably another world that I encountered in my early adolescence.

Soon this world, with the souqs,4 the neighbor shops, and the bakery around the corner from where we lived, the soldiers on the rooftops, the walk to the pool, became parts of my everyday life. At Baghdad International School I made friends, in particular two good female friends, Ayre from Turkey and Sumera from Pakistan.

They were from two different parts of what is frequently referred to as the “Muslim world” and they had quite different approaches to Islam. Besides teenage conversations about pop groups and boys, we some- times talked about religion, especially Sumera and I. Ayre was from a secular family where religion was not an integral part of life, while Sumera, veiled and modestly dressed, was a practicing Muslim, raised in a devoted religious family.

I remember, for example, that she was not allowed by her father to celebrate Lucia5 with me and some other Swedish families. My own traditions were then placed and understood in a religious context seen from someone else’s perspective.

I mention this since that year, I believe, had an impact on me in different ways and when reflecting on my research interests this experience stands out in my own reconstructed life story. I often get the question why I chose to study conversion to Islam, and I believe there are, just as in the case of conversion, many different contributing factors, some easier to communicate than others.

READ  Prohibitions that are taken too lightly pdf download

Change and Continuity of Self

Conversion triggers profound questions to the self; it heightens the awareness and prompts reflections of who one is, who one was, and where one is heading. It captures both popular and scholarly interest since it raises critical problems regarding human beings’ reflections on the meaning of life and their relation to a metaphysical sphere. For me as an anthropologist, the phenomenon of religious conversion poses crucial questions regarding identity and how people make sense of changes in life. How do people change? And what is it that really has changed?

This book is about the identity formation of some female Muslim converts, it concerns the personal meaning of becoming Muslim. The overarching purpose is to analyze self-making, the trans- formation as well as continuity of the self, in light of appropriating a religious belief and integrating it into a personal life and of communicating the change of identity to the surrounding world.

It should be made clear that as an anthropological study, this work does not problematize conversion from a religious perspective but as a cognitive and cultural phenomenon, though with the intention to approach phenomenologically the experience of the convert. It is not primarily a book about different Islamic beliefs or Islam as a religious system but about the particular individuals who embrace the religion, who talk about it and understand it in various ways, and the process of meaning-making this entails.

In a recent anthropological anthology on conversion (Buckser and Glazier 2003), several excellent ethnographic case studies are offered but none of them explores conversion to Islam. As psychologist of religion Lewis R. Rambo (2003) points out in the afterword, more work within this area needs to be done particularly with the growing number of Muslims around the world and the political situation after September 11, 2001 in mind.

While extensive research has been conducted on Muslims in the West, fewer studies have been done on conversion to Islam within the social sciences in general. Two studies written from a historical standpoint are Conversion to Islam in the Medieval Period (Billiet 1979) and Conversion to Islam (Levtzion 1979), the latter focusing on other geographical contexts than the West. In contrast, Larry Poston, a religious scholar, aims to address 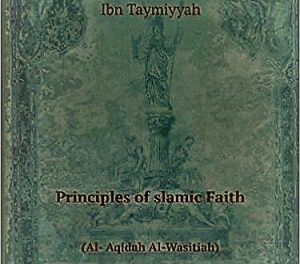 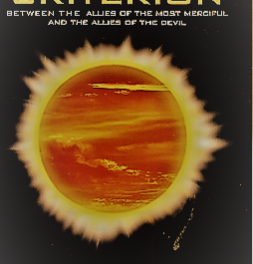