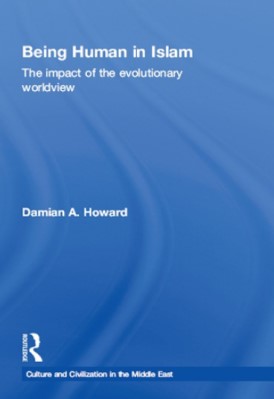 Being human in Islam: The impact of the evolutionary worldview

BEING HUMAN IN ISLAM – Book Sample

About the book – Being Human in Islam

Islamic anthropology is relatively seldom treated as a particular concern even though much of the contemporary debate on the modernization of Islam, its acceptance of human rights and democracy, makes implicit assumptions about the way Muslims conceive of the human being.

This book explores how the spread of evolutionary theory has affected the beliefs of contemporary Muslims regarding human identity, capacity and destiny.

In his wide-ranging treatment of the impact of evolutionary ideas on modern Islam, Damian Howard surveys several branches of Muslim thought. Muslim responses to the crisis of the religious imagination presented by the evolutionary worldview fall into four different forms, incorporating traditional and modern notions.

The book evaluates the content, influence and success of these four forms, asking how Muslims might now proceed to address the profound challenges which evolutionary theory poses to the effective reconstruction of their religious thought.

Drawing fascinating parallels with developments in the world of Christian theology which will help understanding between people of the two religions, the author reflects on the question of how Muslims can come to terms with the modern world.

A valuable addition to the literature on contemporary Islamic thought, this book will also interest students and scholars of religion and modernity, the history and philosophy of science, and evolutionary theory.

Damian Howard is an English Jesuit priest who lectures in theology at Heythrop College in the University of London. He combines work in pastoral and spiritual ministries with teaching and research in theology, contemporary spiritualit and interreligious dialogue, especially between Christians and Muslims.

The second half of the twentieth century saw the independence of most Muslim countries and a new spirit of confidence regarding the possibility not so much of modernizing Islam but of Islamizing modernity. The usually unstated axiom behind the project was that modernity or its analogue, could have erupted somewhere other than Europe.

Hence Marshall Hodgson’s thought experiment: what would the ‘Great Modern Transformation’ have been like had it arisen in an Islamic setting?1

there might well have developed, instead of the nation-state, some international corps of super-ulama, regulating an industrial society on the basis of some super-sharia code. Such institutions, while demanding a break for Islam as radical as that which the West went through in modernizing, would yet have preserved some continuity of basic presuppositions.2

Counterfactual speculation must remain just that; history cannot be re-run. But is it feasible now to work out an algorithm apt to transform the acquis of western modernity into something like an Islamic modernity? Such has been the hope of at least some Muslims in recent decades, who have argued that the existing

edifice of western science, natural and social, can and should be ‘Islamized’. This hypothesis is laden with assumptions about what a body of scientific knowledge is and its relation to an underlying ethos or ideology.

It could be seen in the light of those post-modern critiques of science which reject the possibility of science being ‘objective’ or ‘neutral’ on account of their ‘situatedness’, though this may be to misjudge the issue.

In any case, the Islamizers do apply a hermeneutic of suspicion to western science which distinguishes their enterprise from that of ‘Abduh and his contemporaries, as does their intention of refashioning science in the light of religion rather than the other way round.

We have chosen three very different styles of Islamization to compare and contrast: Syed Muhammad Naqib al-Attas is a Sufi, his position quite close to Nasr’s though without the Traditionalist framework; Ismail al-Faruqi and his institute seek to Islamize science using a more fiqh-based approach, and deal directly with the western scientific discipline of anthropology; Merryl Wyn Davies takes elements of both approaches but rather than Islamizing existing disciplines proposes a totally new science of ‘Islamic anthropology’ based on Islamic principles.3

The project of Islamization is a minority pursuit, though a popular one. A number of high-profile Muslims involved in education have dismissed the need (or possibility) for it.

Zaki Badawi, for example, hoped that governments might ensure that, in the inevitable transition to modernity, religion would be deployed not as epistemology but ‘to control the motives of the men of science and guide their conduct in the pursuit of knowledge’,4 whilst Fazlur Rahman frowned on the whole Islamizing enterprise because he ‘regarded reforming [contemporary traditional Islamic learning] as having priority over debating upon the islamization of secular knowledge’.5

Understanding how evolutionary theory, as construed by the various Islamizers, relates to the humanum requires a prior analysis of how the theorists conceive of Islamization as a process which needs to be undertaken before Muslims can appropriate western science, including its evolutionary anthropology. Therefore in the following sections, each devoted to a different project of Islamization, we cover three issues in turn:

READ  Avicenna and the Aristotelian Tradition

Al-Attas (b. 1931) is an intellectual cousin of Nasr. It may seem surprising to treat his thought here having already given such coverage to the Traditionalist school. However, in spite of obvious agreement with regard to the role of Sufism, the categorical rejection of western secularism and a certain patrician quietism, there are also substantial differences between them.

If Nasr takes Ibn ‘Arabi as his great inspiration, al-Attas is more influenced by al-Ghazali. While Nasr remains forever marked by post-Great War despair, al-Attas’s oeuvre stems from the optimistic sixties, exuding the confidence of independence. Al-Attas, in dialogue with the western evolutionary paradigm, has composed a serious reflection on the humanum quite different from that of the Iranian. His adoption of certain Romantic hermeneutical ideas situates him more overtly within a western style of thought, even if he insists that he is rigorously critiquing the western legacy.

He is also more politically active than Nasr. Abaza situates al- Attas in ‘the general mood of Islamic revivalism which affected Malaysian universities in the early seventies and in particular after the ethnic riots between the Chinese and the Muslims’.6 Islamization of identity meant promoting the bond between the Malay population and Islam, and refusing to take the road of political Islamism.7

Religion and ideology in the social sciences

Al-Attas starts not with metaphysics but epistemology, specifically the relationship between knowledge and the self. Knowledge is not some object ‘out there’ of neutral moral value whose deployment is to be judged according to the intention of the agent; it is constitutive of the human being.

It is ‘an attribute (sifah) of the rational soul (al-nafs al-natiqah) which obtains when the soul comprehends the meaning of an object of knowledge’,8 a happening internal to the human person. It is by imparting knowledge that God continues to create the individual.

Many Sufis would say something broadly similar, but with al-Attas there is a stress on the place of the formation of the individual which he inherits from the Islamic adab tradition.

This position coheres perfectly with [al-Attas’] consistent insistence in the theory and practice that both students and teachers must inculcate the right spiritual and mental attitude in learning and teaching, which is part of his conception of the right adab towards knowledge and the reality of the human self.10

‘Meaning’ is paramount. The fundamental structure of reality is an interlocking network of concepts whose ‘meaning’ resides in their mutual correlation. The soul ‘knows’ something when it uncovers this given pattern and understands how one concept is situated in relation to others; in this sense, the ‘meaning’ can also be said to have arrived in the soul and thus to have modified it.

From this fundamental principle follows a moral-aesthetic sense:

Knowing is a matter of grasping or, better, of being grasped by the innate order of reality. It is discovering the ‘proper place’ of things. This allows al-Attas to say, for instance, that ‘facts’ (empirical observations, let’s say) might not be ‘true’ if, for example, they are not situated in their proper place in such a way as to acknowledge the rightful place of God. This will be a major consideration in his subsequent treatment of evolutionary theory.

This theory of knowledge as the attainment of a given pattern clashes with a modern western epistemology which generally takes truth as residing in a correspondence between words and things. Al-Attas criticizes this as a chaotic intellectual regime which totally neglects the cultivation of the knowing self.

The westerner is a thirsty traveller who at first sincerely sought the water of knowledge, but who later, having found it plain perhaps, proceeded to temper his cup with the salt of doubt so that his thirst now becomes insatiable though he drinks incessantly.12 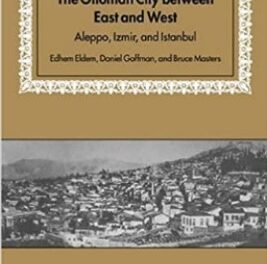 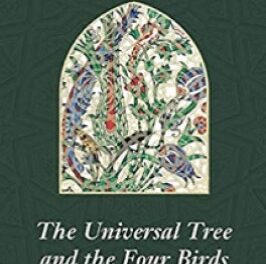 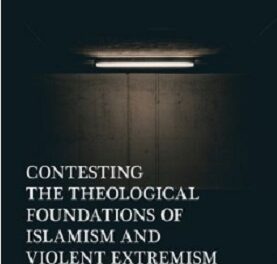 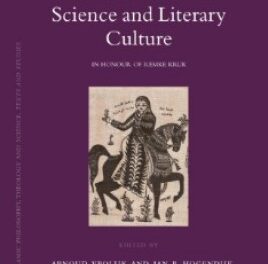