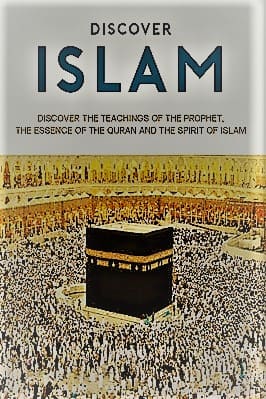 The meaning that life took on for the Prophet after the Truth came to him can be ascertained from these words: “Nine things the Lord has commanded me. Fear of God in private and in public; Justness, whether in anger or in calmness; Moderation in both poverty and affluence; That I should join hands with those who break away from me; and give to those who deprive me;

and forgive those who wrong me; and that my silence should be meditation; and my words remembrance of God; and my vision keen observation.” (Jami‘ al-Usul, Ibn al-Athir al-Jazari, hadith no. 9317)

These were no just glib words; they were a reflection of the Prophet’s very life. Poignant and wondrously effective words of this nature could not emanate from an empty soul; they themselves indicate the status of the speaker;

they are an outpouring of his inner being, an unquenchable spirit revealed in verbal form.

The Prophet once said: “A discerning person should have some special moments: a moment of communion with God; a moment of self-examination; a moment of reflection over the mysteries of creation; and a moment which he puts aside for eating and drinking.” (Sahih Ibn Hibban, hadith no. 361)

In other words, this is how a spiritually awakened person passes the day. Sometimes the yearning of his soul brings him so close to God that he finds something in communion with the Lord.

Sometimes fear of the day when he will be brought before the Lord for reckoning makes him reckon with himself. Sometimes he is so overawed by the marvels of God’s creation that he starts seeing the splendours of the Creator reflected therein.

Thus he spends his time encountering the Lord, his own self, and the world around him, while also finding time to cater for his physical needs.

These words are not a description of some remote being; they are a reflection of the Prophet’s own personality, a flash from the light of faith that illuminated his own heart.

These “moments” were an integral part of the Prophet’s life. One who has not experienced these states can never describe them in such a lofty manner.

The soul from which these words emanated was itself in the state that they describe; through words that state of spiritual perfection was communicated to others.

When the Prophet Muhammad discovered the reality of the world Hereafter, it came to dominate his whole life.

He himself became most desirous of the heaven of which he gave tidings to others, and he himself was most fearful of the hell of which he warned others.

He lived on a completely different plane from that of ordinary human beings. This is illustrated by many incidents from his life.