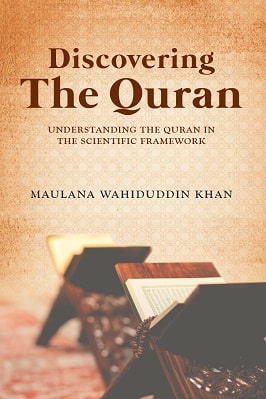 There are many verses in the Quran which refer to the phenomena of nature, for instance, mountains, rains, etc.

But these references are expressed as hints. Some effort has to be made to understand these hints about natural phenomena in the light of the information discovered by science.

In this regard, the discoveries made about natural phenomena through research are (as regards the necessity for an explanation of the Quran) as important as the other agreed-upon sources of information like the prophetic traditions regarding the background of particular revelations.

In the Quran, there is a verse in this regard: “Praise be to God! He will show you His signs and you will recognize them. Your Lord is not unaware of what you do.” (27:93)

From these words of the Quran we learn that a principle, as regards the discovery of God, has been described here. There are many verses in the Quran, where we find mention of the phenomena of nature.

But these descriptions being only hints are not given in detail. To understand the content of God-realization in the phenomena of nature, it is essential to find what these hints specify.

These details, not being available in the Quran, we have to discover them by pursuing a scientific study of externalities.

That is to say, the science or knowledge of nature gives us an explanation of what is merely adumbrated in the Quran.

‘And you will recognize them’ means you will become acquainted with the signs of God mentioned in the Quran at the level of realization.

For instance, in the words quoted above, concerning the mountains, the Quran states: “You see the mountains and think them firmly fixed, but they shall pass away as the clouds pass away. Such is the work of God, Who has ordered all things to perfection: He is fully aware of what you do.” (27:88)

This verse was revealed in the seventh century AD. It is stated regarding the mountains that apparently they seem to be fixed on the earth but, in reality, they are moving with the earth, just as the clouds.

Man did not know about this natural event in the seventh century but later geological studies have revealed that the movement of the mountains takes place because of the shifting of tectonic plates.

Their configuration is also affected by earthquakes and volcanic eruptions. These scientific discoveries of recent times make the Quranic verse understandable in that they aid in realizing God’s wisdom at a deeper level.

The Scientific Exegesis of the Quran

There are certain people who think that all the subjects of science are discoverable in the Quran and that with reference to the relevant verses, a scientific exegesis of the Quran may be written.

In this matter there are some who have gone to the extent of claiming, for example, that this verse, “Have We not lifted up your heart” (94:1) is a reference to the science of anatomy, or that the verse, “Now We have removed your veil, so your sight today is sharp” (50:22), relates to diseases of the eyes, etc.

This theory about the inclusion of scientific subjects in the Quran is, without doubt, baseless. In this sense, the Quran is far from being a book of science.

But in a quite different respect we can rightly say that modern scientific research is conducive to a proper understanding of the Quran.

For instance, the Quran states: “We have made every living thing out of water.” (21:30)

His conviction in the veracity of the Quran thus increases to a great extent.