Etiquette with the Quran pdf 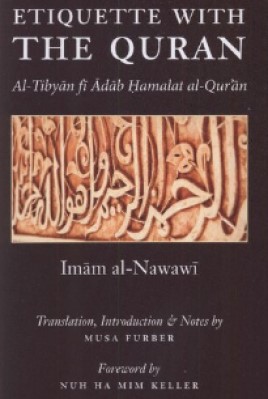 ETIQUETTE WITH THE QURAN – Book Sample

THE ETIQUETTE OF TEACHERS AND STUDENTS OF THE QURAN

This chapter, combined with the two that follow, is essentially the aim of this book itself. It is quite long and wide ranging. I do, however, concisely point out its objectives in sections, facilitating its memorization and accuracy, if God Most High wills.

The Intention of the Bearers of the Quran

First, the teacher and the reciter should engage in the recitation [of the Quran ] for the purpose of gaining the pleasure of God Most High. God Most High says, And they were ordered no more than to worship God sincerely, keeping religion pure for Him, be­ing upright, to establish the Prayer, and to give obligatory charity.

It is related in the Sal;il;ayn that the Messenger of God <God bless him and grant him peace) said, “Actions are only [valued] according to their intentions, and each person has only what he has intended.” ‘ This hadith is one of the foundations of Islam. 2 We relate that Ibn ‘Abbas (God be pleased with them both) said, “A man is protected only to the degree of his intention.” Another [has said], “People are only given to the degree of their inten­tions.”

We relate that the master Abu al-Qasirn al-Qushayri (God Most High grant him mercy) said, “Sincerity is to single out the Real [God] in obedience with full intention: meaning, through obedience, [a worshipper] desires only to draw near to God Most High-nothing else: not ostentation for the sake of others, gaining praise with people, loving praise from them, or something else that shows [an objective] other than drawing closer to God Most High.” He said, “It is correct to say that sincerity is purifying the action from being observed by people.”

Hudhayfa al-Mar’ashi (God Most High grant him mercy) said, “Sincerity is the worshiper’s actions being identical in what is manifest and what is hidden.”

Dhu’l-Nun (God Most High grant him mercy) said, “Three signs of sincerity are when praise and CEnsure from the masses are equal; forgetting to see your involvement in deeds; and want­ing reward for one’s action in the Hereafter.”

Sahl al-Tustari (God Most High grant him mercy) said, “The astute have looked into the meaning of sincerity and have found none other than this: that one’s motion and stillness, in what is secret and what is public, be solely for God Most High. He mixes nothing with it: not ego nor whim-nothing of this world.”

Al-Harith al-Mubasibi (God grant him mercy) said, “The truth­ful one is he who has no concern if the estimation people have for him were to depart from their hearts-so as to maintain the soundness of his own heart.

He does not like people inspecting an atom’s weight of his excellent actions; but he does not mind people inspecting his evil deeds. If he were to dislike the latter, this would indicate that he loves greater esteem on their part, and this is not the proper behavior of the truthful and trusting saints [siddiqin].” Another said, “If you seek God Most High through truthfulness, He wouJd give you a mirror by which you could see every wonder of this world and the next.” 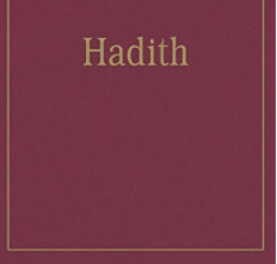 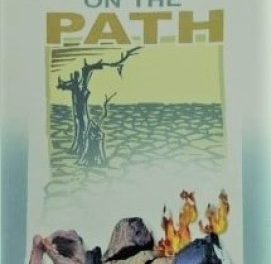 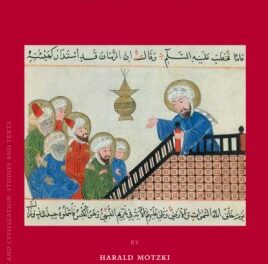 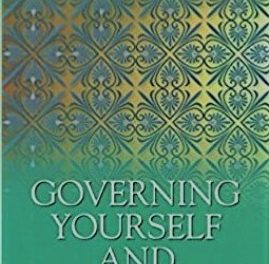 Governing Yourself &Your Family