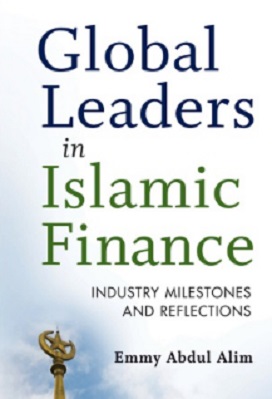 Much of the drive and early impetus for Professor Khurshid’s work was informed by the activism and influence of these three leading Muslim thinkers of the twentieth century. The overwhelming discourse of Islamic revivalists like Sayyid Abul A’la Mawdudi and Muhammad Iqbal was political.

All three planted within the Muslim consciousness the notion that Islam provides a holistic solution to human life as faced in the modern era. This was the prevalent contemporary Indian Muslim perspective in the face of the two-pronged challenges: colonial occupation and the predominant Indian Hindu design for an independent India.

Muslims in India were seeking to both oust their British colonial masters and establish an Islamic system they could live by. The fourteen-year-old Khurshid Ahmad who led student demonstrations for the Muslims of India was very much influenced by

Muhammad Iqbal. Iqbal (1876 – 1938) is far and away the predominant individual to have “captured the minds and imaginations of Muslims in India-Pakistan.”4 In his famous 1930 Allahabad Address, Iqbal advanced the idea for a separate land for the Muslims of India.

(While Iqbal has been largely credited for the political vision of the separate nation-state for Indian Muslims, others argue for Chaudhari Rahmat Ali as the first to have coined the term “Pakstan”— a com- bination of Punjab, Afghan Province (North-West Frontier Province), Kashmir, Sind and Baluchistan — and enunciate a systematic plan for the formation of the Muslim nation-state.5)

Iqbal described Islam as a “social nizam” (social order) and argued that the religion was the best suited of all religions for the organisation of life, as it applied to every aspect of the life of the individual and society. He also called on the leaders in Europe, especially colonial Great Britain, to take a serious interest in Islam beyond culture and religion and to see it for its economic system that provides practical solutions to contemporary problems.6

Iqbal and Muhammad Asad knew each other well. In his 1954 autobiography The Road to Mecca, Muhammad Asad called Iqbal “the great Muslim poet-philosopher and spiritual father of the Pakistan idea.”7 The two met in Lahore when Muhammad Asad ventured there following his life-changing six-year sojourn in Saudi Arabia, from 1926 to 1932, during which time he converted to Islam. (See Chapter 3 on Prince Mohamed Al Faisal Al Saud for encounter between Muhammad Asad and the prince’s late father King Faisal in Saudi Arabia.)

Muhammad Asad (1900 – 1992) was born Leopold Weiss, an Austrian Jewish convert to Islam famed for his travels and writing and his translation and exegesis of the Qur’an. His view on economics and Islam was that “material prosperity is desirable, though not a goal in itself . . . . Islam does not admit to the existence of a conflict between

the moral and the socio-economic requirements of our life.”8 When he first met Iqbal in Lahore, Muhammad Asad was on his way farther east to eastern Turkistan (in Central Asia), China, and Indonesia. He never made it there. Iqbal persuaded him to remain in India “to help elucidate the intellectual premises of the future Islamic state.”9 According to Asad, both men agreed that “this dream represented a way, indeed the only way, to a revival of all the dormant hopes of Islam, the creation of

a political entity of people bound together not by common descent but by their common adherence to an ideology.”10

Iqbal did not live to see the establishment of Pakistan in 1947. Muhammad Asad did, and upon the creation of the new land, he was called on by the government to organise and direct the Department of Islamic Reconstruction. He wrote that the department “was to elaborate the ideological, Islamic concepts of statehood and community upon which the newly born political organisation might draw.”11 As a result of his contribution to the new state, Pakistani citizenship was conferred on him, and Muhammad Asad served as Pakistan’s foreign minister before resigning as the country’s Minister to the United Nations in 1952.

Where Iqbal and Muhammad Asad captured the young Khurshid’s imagination of an independent Muslim state and the need to revive Islam as a complete system of life, it was Sayyid Abul A’la Mawdudi’s practical application of the religion that proved most attractive to Pro- fessor Khurshid. The professor explains that it was Mawlana Mawdudi’s work that enabled him to have a clear understanding of Islam, its objec- tives, principles, norms, and the changes it wants to bring about in human thought and society. Professor Khurshid says, “It was in this context that Mawlana Mawdudi’s ideas on economics had profound impact on my thinking.”

Mawlana Mawdudi (1903 – 1979) has often been said to be against the separation  of  Muslim Pakistan  from  India, a  point  that Pro- fessor Khurshid strenuously dispels. Mawdudi, according to Profes- sor Khurshid, was not active in politics during the Pakistan movement, which largely fell between the years 1940 to 1947. During this time Jama’at-e-Islami, which was founded in 1941, worked as an ideological movement, not as a political party. Mawdudi, says Professor Khurshid, supported the Two Nation Theory and was one of the most effective critics of the concept of territorial nationalism expounded by Congress and nationalist Muslims. Mawdudi expounded the concept that Muslims

are a nation based on faith and not territory, i.e., his vision was pan- Islamic in nature. Although Mawdudi did not participate in the Pakistan movement (a fact that perhaps contributed to later narratives reporting his alleged opposition to separation), he publicly stated his vote for Pakistan when the plan for Partition was announced in June 1947.

Mawlana Mawdudi migrated to Pakistan following partition. He was a friend of Professor Khurshid’s father and was a regular visitor to the fam- ily home in Lahore. A prolific writer, Mawdudi produced over 120 books and articles primarily on the contemporary application of Islam. His major contribution lies in his magnus opus, Tafhim al-Qur’an, an exegesis of the Qur’an, in which he presented the Book’s relevance to everyday problems. The Tafhim took him more than 30 years to complete.

Mawdudi set up Jama’at-e-Islami in 1941 and devoted his life to articulating how Islamic revivalism could be brought about in political, social, cultural, and economic arenas. He attempted to make the religion more “operational” to mobilise the masses. Mawdudi’s ideas were said to have “profoundly influenced” Sayyid Qutb, a leading member of Egypt’s Al Ikhwan Al Muslimun in the middle of the twentieth century.12 On the Indian subcontinent, Mawdudi has been hailed as the person who established the “economics of Islam” as a separate branch of knowledge.13 However he is far better known for his brand of political Islam as spread through his writings and Jama’at-e-Islami.

By its own description, Jama’at-e-Islami is “an ideological party”14 that stands for “complete Islam”15 and whose mission, according to Article 4 of the party’s constitution, is the “establishment of Divine Order or the Islamic way of life”16 “in its entirety, in individual and collective life, and whether it pertains to prayers or fasting, Haj or Zakat, socio-economic or political issues of life.”17

From its ideological roots, Jama’at-e-Islami moved into a more political phase when Mawdudi decided that the party would participate in Pakistan’s 1958 national elections18 but the party did not gain much political success until 1977 with the arrival of General Zia ul-Haq in a military coup that overthrew Prime Minister Zulfikar Ali Bhutto. With Zia initially supportive of Jama’at-e-Islami and the Mawlana himself, there were hopes from the party for a complete Islamisation of Pakistan. When Zia finally held national elections in 1985, Jama’at-e-Islami won  The Islamic Economist/Activist 7 only 10 of the 68 seats it contested in the National Assembly and 13 of the 102 for various provincial assemblies.19 With Jama’at-e-Islami proving to be less of a force than expected on the national stage, Zia’s support for the party waned. Although Jama’at-e-Islami did not become the force in politics it had hoped to be it nevertheless continued to have an influence in Pakistani politics.20 Outside its rank and file, sympathisers and supporters, the party has many critics both at home and abroad especially for its strict interpretation of Islamic norms.

Professor Khurshid became active in Jama’at-e-Islami’s student wing, Islami Jamiat-e-Talaba (the Islamic Student Association) in 1950, during his time at the Government College of Commerce and Eco- nomics in Karachi. He was elected head of the Karachi group in 1950 and from 1953 to 1955 served as its national president.

He latched on to Mawdudi’s approach of making Islam “more oper- ational,” understanding that this notion needed to be advanced to better serve the changing modern context. Professor Khurshid emphasised that Islam is not confined to piety in ritual but that the discipline of Islamic economics has to be “solid” if it is to be presented as a viable alternative system. To this end, he understood that Islamic economics has to be treated as a social discipline distinct from traditional exposition of the economic teachings of the Qur’an and Sunna of the Prophet Mohamed (pbuh). His own entrenched traditional Islamic education was followed by academic achievements at the undergraduate and postgraduate level; he received a BA in commerce in 1953, followed by an MA in economics in 1955, an LLB in 1958, and an MA in Islamic Studies in 1964.

With a strong foundation in both Islamic knowledge and “Western” commerce and economics, Professor Khurshid left Pakistan for the United Kingdom in 1968, heading to the University of Leicester, where he was a research scholar until 1973. He continued to live in Leicester until 1978. Between then and his return to Pakistan in 1978, he was a regular speaker at events organised by the UK’s Federation of Student Islamic Societies, speaking generally about Islam. His activism and speaking engagements took him to many countries, including Algeria, Italy, Libya, Malaysia, the Netherlands, Turkey, the United States, Saudi Arabia, and West Germany. 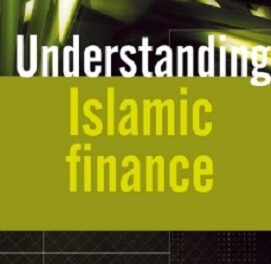 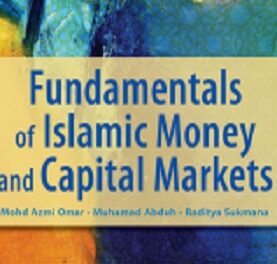 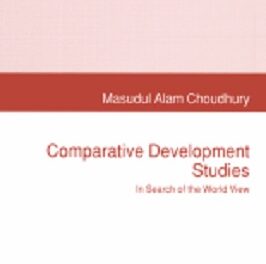 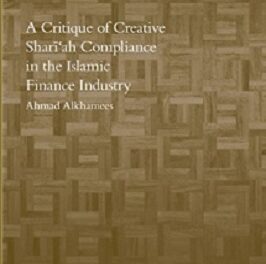