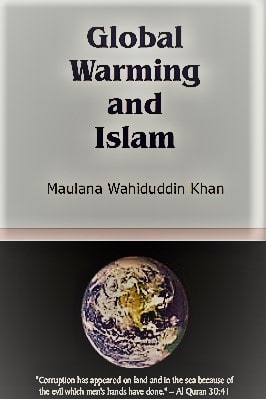 An international panel of 25,000 scientists, who belonged to 130 countries, was formed under the aegis of the United Nations, the greatest international institution in the world.

Head- quartered at Paris, this panel was formed to investigate the causes of climate change.

It completed its research and submitted a report to the United Nations. This sensational report was covered at length by the media, and was published in detail by the Times of India on February 3, 2007, titled ‘Warning Signs’.

I think it would have been more appropriate to call it ‘Warning Signs of Doomsday.’

In the context of recent deliberations by scientists from all over the world on this subject, the Times of India, published a report on May 18, 2007, titled ‘By 2050 the Earth Will be Arid and Empty.’

According to this report, a well known scientist, James Lovelock, observed in the light of scientific information, that by 2050, a major part of the land surface would have become dry.

This would pose a serious threat to the lives of all living beings. We have reached the beginning of the end, from which point people will start dying one by one, eventually putting an end to all life on earth.

“We are on the edge of the greatest die-off humanity has ever seen. We will be lucky if 20 of us survive what is coming.” (p 22)

A letter on this subject, written by Sir Isaac Newton, the famous British scientist in 1704, was recently displayed in a museum at Jerusalem.

Sir Isaac Newton (d. 1727) had made this observation on the basis of a mathematical calculation based in turn on the classical laws of gravity and motion.

This estimate appeared to be so strange that people took it as showing a superstitious side to Newton’s life.

This letter was first shown to the public in 1969, when Jerusalem’s Hebrew University displayed it in an exhibition called ‘Newton’s Secrets’.

What Newton had observed by mathematical calculation regarding the end of the world has now become a known fact in science.

The climate change taking place as a result of global warming in modern times has brought scientists to the conclusion that by 2010 the life support system will be so disturbed that most probably all kinds of life will come to an end on earth by 2050.

The earth is a unique planet in the vast Universe. It provides in an exceptional manner everything that is required to support life.

As such, it has enabled human beings to inhabit it and develop civilizations. But according to the Quran, this state of affairs is not going to last forever.

A time will come when the earth will lose all its greenery and its vegetation and it will become an arid waste. This will happen some time before Doomsday. According to the Quran:

“We have adorned the earth with attractive things, so that We may test mankind as to which one is best in conduct. But We will surely reduce all that is on it to a barren waste.” (18:7-8).

In the first quarter of the 7th century A.D. when this verse was revealed in the Quran, it was a very distant prediction.

However, the scientific observations made about the earth tell us that this destined end of the earth has begun already.

Recent satellite observations of the earth from space tell us that the water system on our planet has been seriously disturbed and that the earth is fast heading towards its end.

This is what the Quran means by a “barren waste”. We learn from the Quran and Hadith that the present world is not an eternal world.

A time will come when this world will be wound up and replaced by another world which will be eternal.

There are such signs in the present world as lead scientists to conclude that the end of history has come very close. Now, through purely scientific surveys, the revelation has been confirmed that the world has, in reality, reached the last stage of its existence.

Those signs predicted in the Quran and Hadith have been underscored by scientific studies.

A verse, revealed in the Quran 1400 years ago, states:

‘Corruption has appeared on land and sea because of what men’s hands have wrought’. (30:41).

The report of this panel seems to be an interpretation of this Quranic verse.

The main heading of this report is ‘Global warming is man-made’. In the light of this report we can explain the Quranic verse which says that: man-made corruption has spread on land and sea.

This report also tells us that the atmosphere of the earth has now heated up to a degree far higher than that of the pre- industrial age. The level of the carbon dioxide in the atmosphere will soon be doubled.