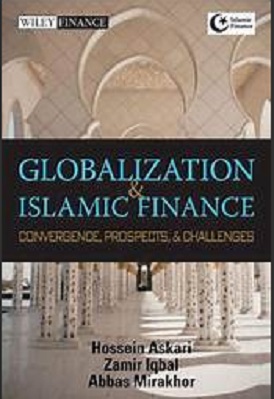 The global ﬁnancial turmoil that started in 2007 and picked up steam in 2008 has again emphasized the fragility of a debt-based ﬁnancial system. Debt ﬁnancing during times of turbulence is akin to relying on “hot money.” Equity ﬁnancing, by comparison, is more permanent and assumes risk.

More- over, with the rapid innovation in debt instruments, transparency has been replaced by opacity. As a result of unknown and opaque risks and failed ﬁnancial regulation of debt instruments and debt ﬁnancing, debt may be los-

ing much of its attraction to investors, at least for the foreseeable future.

The last two decades of the 20th century witnessed a number of global bouts with ﬁnancial instability and debt crises with devastating consequences for a large segment of humanity, thus raising consciousness regarding the vulnerability and fragility of ﬁnancial systems that are based, at their core, on ﬁxed-price debt contracts. While numerous international banks have seen their reputation tarnished by the sub-prime crisis, Islamic banks have been largely unscathed.

They did not, and given their premise indeed could not, park their assets in mortgage-backed assets. This success has spiked interest in Islamic, equity-based ﬁnance, not only in Islamic countries but also in countries that support the conventional system, by both Muslims and non-Muslims. Given the state of the global ﬁnancial markets in 2009, the growing interest in Islamic ﬁnance outside of Islamic countries, especially in large Western ﬁnancial markets such as London, could provide the all- important boost to the internationalization of Islamic ﬁnance and promote its growth. In turn, the growing internationalization of Islamic ﬁnance will afford equity-based ﬁnance added impetus in the West. In other words, conventional ﬁnance and Islamic ﬁnance could begin to reinforce one another.

The greater the momentum, the deeper the markets, and the wider the spectrum of risk-sharing instruments, the greater will be the shared ownership and participation in ﬁnance. Faster, deeper, wider ﬁnancial development has a symbiotic relation- ship with globalization, as the feedback process between the two strength- ens both. Evidence suggests that, thus far, the degree of risk sharing achieved by globalization is insigniﬁcant.

While Islamic ﬁnance has experienced phenomenal success in the last two to three decades, it still has a long way to go to achieve its objective of maximizing risk sharing. In the following chapters, we argue that the institutional structures within which Islamic ﬁnance is required to operate to pro- mote good state and corporate governance, trust, protection of rights, and contract enforcement. In the case of Islamic ﬁnance, the progress achieved to date is a negligible fraction of the potential. The reasons are identical to those offered in ﬁnancial globalization.

Financial, legal, and institutional developments, and the greater pace of instrumentalization of basic modes of transactions permitted, would accelerate the progress of Islamic ﬁnance. As it would appear that Islamic ﬁnance and ﬁnancial globalization share a com- mon objective of achieving maximum risk sharing, it is not too unrealistic to expect convergence as we continue down this path.

We also believe that legal and institutional developments, as well as further advances in information technology, will reduce informational problems and lead to growing trust, which is essential for risk sharing. The result will be the dominance of equity in ﬁnancial structures and relationships. The breakdown of trust as a result of repeated wars and catastrophes as well as ﬁnancial innovations, particularly the securitization of government debt in the late Middle Ages, created the right milieu for the dominance of debt and debt ﬁnance which has lasted to the present day.

For Islamic ﬁnance to sustain long-term growth, Muslim countries must liberalize their economies, embrace efﬁcient institutions, and adopt consistent macroeconomic policies. They need to grow on a sustained basis and more rapidly, while also addressing the all-important issues of social and economic justice. Their sustained economic growth would be the most important impetus for a thriving Islamic ﬁnancial sector; in turn, a thriving Islamic ﬁnancial sector may be the best inducement for non-Islamic coun- tries to embrace Islamic ﬁnance and equity-based assets more generally.

In a globalizing world, the development of both Islamic ﬁnance and conventional ﬁnance can be expected to reinforce one another. We believe that Islamic countries are beginning to show signs that they are on the path to

faster economic growth and ﬁnancial market development, and they are turning increasingly to Islamic ﬁnance and risk-sharing instruments. Afﬂuent Muslim communities in the West are doing the same.

This book addresses the overarching question: How likely is it that conventional and Islamic ﬁnance will converge as they both go through the globalization process? The answer would be “quite likely,” if global ﬁnance relied more extensively on equity or equity-like ﬂows, on the one hand, and invented/innovated a wider spectrum of risk-sharing instruments, on the other. A similar process of innovations in Islamic ﬁnance, coupled with ﬁnancial and institutional reforms, would invigorate the growth and development of Islamic ﬁnance and enable an asymptotic convergence of the two. 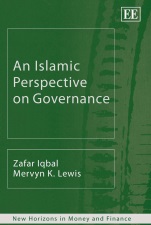 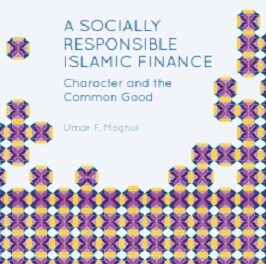 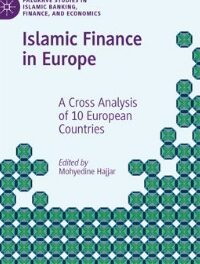 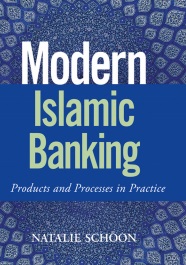