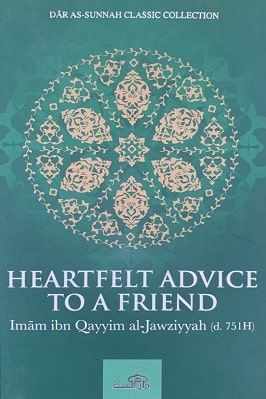 HEARTFELT ADVICE TO A FRIEND

If heedlessness (al-ghajla) of Allah and the Hereafter is coupled with following ones’ own whims and desires (ittibti’ al-hawa), then only evil emanates from such a relation – and it is often that both exist hand in hand and never are apart from each other.

If a person ponders on the corrupt state of the world, in general and in particular, one will understand that heedlessness stands as a barrier between the servant [of Allah] and understanding and knowing Allah.

Following of whims and desires keep one away from searching for the truth and following it. In the case of the former, such a person becomes from those who are astray, and in the case of the latter, he becomes among those upon whom Allah evoked His Anger.

In contrast, those to whom Allah conferred His Favour upon are those·that He has guided to acquire knowledge about Him, then submit to Him, and prefer Him over everything else. Truly, those are the ones who embarked the path of safety while the rest are walking on the road of doom. It is for this reason, Allah ordered us to ·recite every day and every night for a number of times [during the ralah],

“Guide us to the straight path – The path of those upon whom You have bestowed favor, not of those who have evoked [Your] anger or of those who are astray.” [al-Fatihah (1): 6-7)

By this elucidation, it becomes clear [to us] the high-status and significance of this supplication and prayer, and the great need of people to have it fulfilled in their lives as the happiness of a person in this life and the Hereafter depends on it.