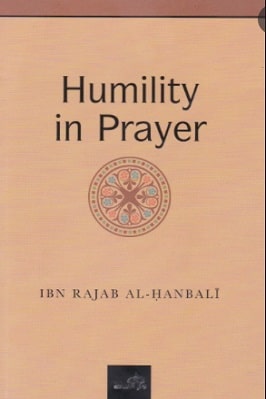 This is a treatise we have written concerning humility (khushu) and the hearts meekness and breaking (inkisār)‘ before the Lord.

All praise is due to Allāh, mender of hearts which have broken for His sake and, by His grace, forgiver of the sins of the penitent.

I testify that none has the right to be worshipped save Allāh Alone; He has no partners and there is nothing like Him. I testify that Muhammad is His servant and Messenger;

He sent him with guidance and the Religion of Truth that it may reign supreme over all religions, He gave him the choice of being a Prophet King or a Messenger-Servant and he chose the station of servitude coupled with messengership.

In His Book, Allāh, Glorious and Most High, has commended those who are meek (mukhbit) before Him, and those who have broken in the face of His grandeur; rendered submissive (khadi) and humble (khashi) in its presence. He, Most High, says,

“They outdid each other in good actions, calling out to Us in yearning and awe, and humbling themselves to Us.”5

He describes the believers as those who have khushū in the best action of worship they perform, and perform diligently,

“It is the believers who are successful: those who are humble in their prayer…”