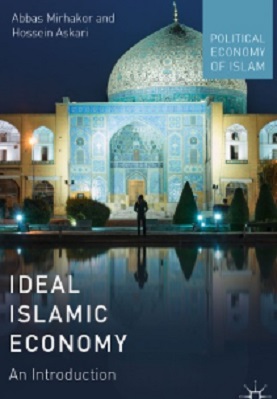 DOES CAPITALISM DEFINE AN ISLAMIC ECONOMY?

There are two reasons for beginning this chapter with this question. First, there is the distinct impression from a number of books and articles over the last four decades that the Islamic economic system shares a number of common features with capitalism. Second, from a historical perspective, there is the proposition that capitalism borrowed a number of its vital economic institutions from Islam beginning in the eleventh century.

The answer to the question is important because an afﬁrmative response obvi-ates the need for our book. In this chapter, we try to address the question and present the case that the answer to the question depends on how one deﬁnes and envisages capitalism. We argue that a narrow consideration of capitalism, from an economic point of view or the vantage of economic history, would indicate certain common features between capitalism and an Islamic economy, such as embracing private property, proﬁt-seeking and reliance on markets.

These commonalities were far more important to pre-Enlightenment capitalism and to a version of capitalism referred to as “mercantile capitalism.” Since the Enlightenment, however, capitalism has picked up other characteristics in its evolution that has allowed it to expand its domain of inﬂuence beyond economics to social, political, cultural, art, and religious spheres. It is no longer just an economic system, but like Islam itself it is a whole way of life—as such, it differentiates itself not only from Islam but also from Christianity and Judaism.

While it is still valid to consider Islam’sinﬂuence in the historical for-mation of capitalism, as some scholars have done, there is little justiﬁcation for identifying the Islamic economy with the system that today is consid-ered capitalism. To argue this point, we will ﬁrst consider the simpliﬁed and narrow vision of capitalism to describe the logic, the organising principle, the mentality and the dynamics that deﬁne it and provide the basis for assertions of close afﬁnity between it and an Islamic economy based on the Qur’an.

Then we consider the elements that have made capitalism into a whole social system.1 We then continue by describing the institutional structure of an Islamic economy that renders it a totally different system. Clearly deﬁning and characterizing an Islamic economy is the necessary and crucial step in calling attention to the divergence of Muslim econo-mies, which are being inﬂuenced by the seemingly inevitable global march of capitalism, from the system prescribed by the Qur’an.

In trying to deﬁne capitalism, one faces an “embarrassment of riches” because there are so many deﬁnitions. Grassby (1999,p.1)2 refers to Richard Passow who reports that 111 deﬁnitions of capitalism existed as early as 1918. Maurice Dobb in his book on The Development of Capitalism (1946)3 asks: “How is it that a term as seemingly central as capitalism can have so many different meanings?” He argues that each deﬁnition and meaning of capitalism stems from a unique view of nature, time frontier, causal narrative of the origin of capitalism and the progress and growth of the modern world.

One characteristic of capitalism that makes deﬁnition challenging is that it does not owe its existence to any speciﬁc theoretical or historical con-struct. As Grassby suggests, Werner Sombart4 invented the idea of capitalism both as a historical and conceptual ideal construct. Similarly, Max Weber,5 a contemporary of Sombart, characterized capitalism as rational organization of production by appealing to historical experience in con-junction with hypothesizing rational action of individuals and groups directed to given ends.

The challenge of ﬁnding a deﬁnition of capitalism that attracts the con-sensus of scholars remains largely unmet. What is instead available is deﬁning capitalism by searching for characteristics that are shared in most deﬁnitions. In this context, a recent two-volume book edited by Lary Neal and Jeffrey Williamson (2014)6 provides a broad deﬁnition of capitalism by identifying four common elements: (i) private property rights; (ii) legal framework for contract enforcement; (iii) price-sensitive markets; and (iv) supportive governments that promote trade, develop ﬁnancial institutions and protect private property rights. Such a deﬁnition provides the ﬂexibility to economic historians to investigate the occurrence of these elements in history as far back as Mesopotamia to present-day capitalism in North America.

EXCHANGE, PRINCIPLE AND MENTALITY OF CAPITALISM

One of the fundamental concepts of any economic system is that of exchange. Kenneth Boulding7 deﬁnes exchange as a “basic” form of interaction in human societies, including economic, social, political, personal relationships as well as collective action, containing the proposition that “I will do something good for you if you do something good for me.”

He considers exchange as a powerful organiser of society and its activities that makes everyone better off “because exchange, if it is really free exchange, does not happen unless both parties are better off.” Braudel (1982, p. 125) suggests that “exchange is as old as human history” and that (p. 26) “the genesis of capitalism is strictly related to exchange … pro-duction means division of labor and forces men to exchange goods.” Boulding (1968, p. 103) observes that exchange is a positive-sum game in that all participants in exchange gain from trading and suggests that exchange is a “curious mixture of cooperation and competition.”

It is cooperative in that both parties to exchange gain but it is competitive in so far as any change in the terms of trade in exchange, that is the ratio of exchange, has the potential to make one party better off at the expense of the other party.

There are things such as love, honesty, trust, friendship and integrity that have enormous use value but, at least in some social forma-tions, have no exchange value because they are not priced for exchange. There is a process, considered unique to capitalism called “commodiﬁcation.” This is continuous and gradual process by which commodities that have use value are priced for exchange, they pick up exchange value there are commodities that have no direct use value but have the power to