In Defense of the Bible pdf 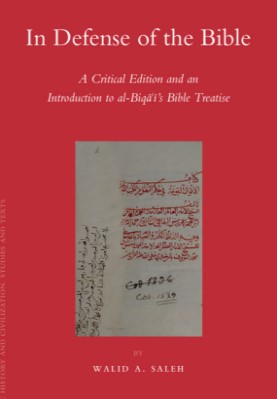 In Defense of the Bible: A Critical Edition and an Introduction to Al-biqai’s Bible Treatise (Islamic History and Civilization)

IN DEFENSE OF THE BIBLE – Book Sample

The treatise edited here represents a unique document in the Islamic religious tradition. Its significance lies in the fact that it represents a point of intersection for many issues:

Islamic-Jewish and Islamic- Christian interactions, internal Islamic polemics regarding the manner of approaching the Qur’ān, the status of the Bible (both the Hebrew Bible and the Gospels) in Muslim imagination, and the history of Quranic exegesis. It is a rich and multilayered text, and we have only begun to realize its importance.

The purpose of the present critical edition is to situate the text in its proper historical context, and to make it available to the scholarly community.

The treatise, al-Aqwāl al-qawīmah fī bukm al-naql min al-kutub al-qadīmah, (The Just Verdict on the Permissibility of Quoting from Old Scriptures), was written by al-Biqā’ī (d. 885/1480), a famous Qur’ān commentator who lived in the last days of Mamluk rule in the Near East.

He wrote it to defend his use of the Hebrew Bible and the Gospels in interpreting the Qur’ān. An ambitious and ingenious scholar, al-Biqā’ī wrote a Qur’ān commentary which he claimed is original in its approach. He asserted that rhetoric had been an underused tool in interpreting the Qur’ān, and was determined to rectify this aspect of the practice of Quranic exegesis.

This was not in itself problematic; Tafsīr, or Quranic exegesis, is a fluid genre that has accommodated a variety of approaches to the Qur’ān. However, al-Biqā’ī did something unexpected and unique: he decided to quote the Hebrew Bible and the Gospels, in their official Arabic translations, when interpreting Bible-related material in the Qur’ān.

This represented a total break with Islamic religious and scholarly practice. Indeed, his decision was so unusual that it was bound to attract attention. His enemies—and he had many—seeing his use of the Bible as a break with the tradition, accused him of heresy, and called for the book to be burned.

Eventually, one of the leading scholars of Cairo and a bitter enemy of al-Biqā’ī, al-Sakhāwī (d. 902/1492), wrote a treatise espousing the traditional Islamic legal prohibition against the religious use of the Bible.

Al-Biqā’ī could hardly afford to let an accusation of heresy go unanswered. He had built his reputation on a solid record of zealous protection of the Sunnah, or the practice, of Muhammad.

He had spent his life contending with others about what he considered as  infringements on the law of God. Indeed, his austerity and stern outlook on legal matters are beyond doubt. Stung by the accusations that he was glorifying the Bible and debasing the Qur􀀁ān, al-Biqā􀀂ī answered his critics with the present treatise, claiming that the use of the Bible was a venerable Islamic practice.

He argued that the Qur􀀁ān, Muhammad, the early generation of Muslims, and the leading scholars of every age used the Bible.

The problem with al-Biqā􀀂ī’s argument is rather apparent. It is not that Muslims did not use the Bible, for they often did. However, they used it mainly in one of two ways: in a polemical context, to attack Judaism or Christianity, or apologetically, to argue that Muhammad’s coming had been foretold in the Old Scriptures. Moreover, the Sharī􀀁ah was clear about its prohibition against the reading or even handling of the scriptures of other religions.

Al-Biqā􀀂ī thus was not only content to break the rule, but he also attempted to change it! To undermine the accusations of his enemies that he was innovating in religious  matters—a grave accusation—al-Biqā􀀂ī solicited supporting fatwas from the leading judges and scholars of Cairo, who all obliged. They stood behind him on this issue, which is testament to al-Biqā􀀂ī’s high standing as a scholar.

By the time al-Biqā􀀂ī appeared on the scene, a legion of Islamic anti-Jewish and anti-Christian works had already been written, and most made attacking the “corrupted” or “altered” Bible a central theme. Accumulated Muslim knowledge of the Bible was extensive.

The tradition had also formalized its indifference—if not guarded hostility—to the scriptures of other religions. The Bible and the Gospels were holy, but only to the degree that they had once been uncorrupted.

Opinions differed as to how much reverence Muslims should show the Bible. Some were more accommodating than others, but on the whole, one did not quote the Bible as if one were quoting the Qur􀀁ān; there was no confusion about which book was the authoritative text. The Bible never became part of the religious scripture of Muslims. The New replaced the Old completely.

Al-Biqā􀀂ī was thus breaking away from scholarly conventions by quot-ing the Bible in a positive religious context. He wrote a commentary on the Qur􀀁ān in which he uses the Bible to explain the Qur􀀁ān.

Never before had anyone used the Bible in such a manner, for this amounted to an endorsement of the Bible as Scripture. There is no avoiding the conclusion that al-Biqā􀀂ī considered the Bible to be holy enough for Muslims to use alongside the Qur􀀁ān. Forced by his enemies to account for his practice, he wrote a detailed polemical defense.

The treatise is an apologia for a practice that is uniquely his, although he claimed that it is an old practice. In many ways, al-Biqā􀀂ī was reopening a gate that was shut very early on in Islamic religious practice.

Muslims in the ﬁ rst century Islamicized much of the biblical lore (both Jewish and Christian), and constructed a narrative of their own that acted as the pre-Qur􀀁ān. In this regard, when Muslims needed to go back to pre-Islamic salviﬁ c history, they already had their own retelling of that past. Al-Biqā􀀂ī instead made a daring return to the old Biblical sources, and in so doing made a fascinating contrast to the usual practice.

The treatise al-Aqwāl, though only preserved in four manuscripts, seems to have enjoyed a signiﬁ cant circulation in the Islamic world. Cairo has two copies, and North Africa had two (now housed in the Escorial). We also have proof that the treatise was available in Yemen and was read by no less an authority than al-Shawkānī (d. 1250/1834).

It is very telling that al-Biqā􀀂ī’s treatise should have survived, while the treatise of al-Sakhāwī, the anti-Bible treatise written in response to al-Biqā􀀂ī’s use of the Bible, is now lost. If we can draw any conclusions from this, it is that our customary understanding of how the medieval Islamic tradition approached the Bible is ﬂ awed. Muslims were able, when so inclined, to appropriate the Bible as Scripture.

The Bible treatise of al-Biqā􀀂ī would have been simply a curiosity, were it not for his Qur􀀁ān commentary, which indeed uses the Bible to interpret the Qur􀀁ān. Together, the texts represent a momentous example of religious afﬁ nity between the scriptures of both religions. Al-Biqā􀀂ī shows such sympathy to the Bible, such an attentive ear to the word of an alien Scripture, that one stands incredulous before it.

Never before nor after him in the annals of Islamic interaction with the Bible has there been such a keen appreciation of the Bible as Scrip-ture. That the treatise and the commentary are from high medieval Islamic culture is also a source of marvel. This is not an apprecia tion of an alien Scripture sprung from humanist leanings; nor was al-Biqā􀀂ī experiencing any doubts about his faith or undergoing a conversion experience.

Al-Biqā􀀂ī was a comfortably conservative Muslim scholar who was a staunch defender of things Islamic. What impelled him to use the Bible were hermeneutical needs, not religious tolerance as we understand tolerance now.

Yet, perusing the Bible changed his outlook, and one can speak in this case of an openness not seen before in the Islamic religious tradition to the Bible as Scripture on its own terms.

It is surprising that this treatise has not attracted more attention from the scholarly community. It is not unknown to modern scholars.

As a matter of fact, it has a venerable history by way of introduction. The treatise was ﬁ rst described in a report by Ignaz Goldziher in 1876, while in Cairo. He sent it to Moritz Steinschneider, who included the report in his Polemische und Apologetische Literatur in arabischer Sprache, the standard reference work on polemical Islamic literature.

Meanwhile, in 1936, a professional scribe for Dār al-Kutub tried to produce a new copy of the treatise based on the manuscript available in Cairo, only to fail in his attempt due to the confusing nature of the original. Someone in the American Research Center in Egypt was interested enough to have a photostat copy made of the same manuscript which Goldziher described; a ﬁ le of these photostats is still available in the A.R.C.E. library.

A partial summary as well as a partial uncritical edition of some sections were published by Mu􀀃ammad al-Khawlī in Majallat Ma􀀁had al-Makh􀀂ū􀀂āt al-􀀁Arabīyah in 1980. None of these efforts seems to have left much impression; the signiﬁ cance of the treatise went unnoticed.

My decision to edit the treatise came after a slow realization of its importance and uniqueness. The treatise is engaging, argumentative, and deeply personal. It is also a remarkable record of the scholarly activity of a medieval scholar and his readings.

In addition to its subject matter, the number of works cited is in itself a very important indicator of the cultural atmosphere in Cairo. I am in the process of writing a study of the signiﬁ cance of the works cited in this treatise. The treatise is also a corrective to our perfunctory historical knowl-edge of Muslims’ engagement with the Bible. It is nothing short of revolutionary in its argument that the Bible could be used by Muslims to interpret the Qur􀀁ān.

I have already published a detailed study of the arguments of the treatise, and there is no need to repeat those arguments here. Instead, I supply in this introduction the background information needed for a deeper appreciation of the text.

The treatise as it stands is sanitized and divorced from the scandal that generated it. I thus have the rather unsavory task of exhuming a scandal long forgotten. There is a certain aspect of betrayal to the reputation of such digniﬁ ed scholars in unearthing all the unpleasant details of this controversy, but I suppose that al-Biqā􀀂ī would forgive this indiscretion.

He was a decent enough scholar to realize that recounting the facts is the basis of any good scholarship. It is he, after all, who preserved for us all these details! 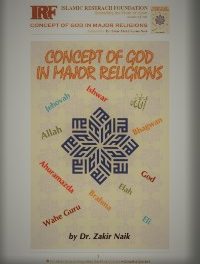 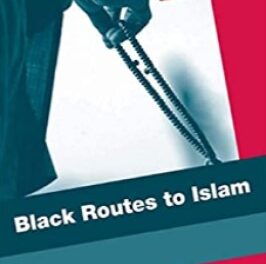 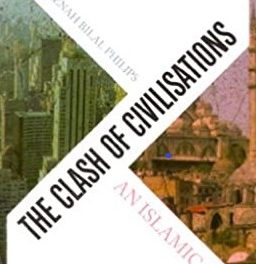 The Clash Of Civilizations – An Islamic View pdf 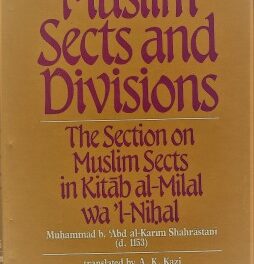