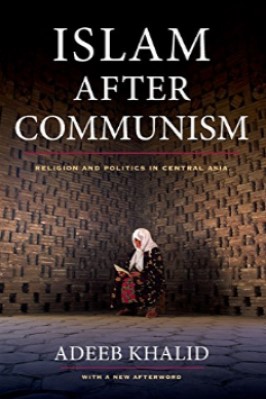 Islam after Communism: Religion and Politics in Central Asia

Waiting in line at a cafeteria in Tashkent one day in 1991, in the last months of the Soviet era, 1 fell into conversation with two men behind me. They were pleased to meet someone from the outside world, to which access had been so difficult until then, but they were especially delighted by the fact that their interlocutor was Muslim.

My turn in line eventually came, and I sat down in a corner to eat. A few minutes later, my new acquaintances joined me unbidden at my table, armed with a bottle of vodka, and proceeded to propose a toast to meeting a fellow Muslim from abroad. Their delight at meeting me was sincere, and they were completely unself-conscious about the oddity of lubricating the celebration of our acquaintance with copious quantities of alcohol.

This episode, unthinkable in the Muslim countries just a few hundred kilometers to the south, provides a powerful insight into the place of lslam in Central Asian societies at the end of the Soviet period. Clearly, being Muslim meant something very specific to my friends. Seven decades of Soviet rule had given Central Asians a unique understanding of Islam and of being Muslim. lslam after Communism had its peculiarities.

A few months after my encounter, the Soviet Union ceased to exist, and the republics of Central Asia became independent states. As old barriers-political, ideological, personal-came down, the region experienced a considerable lslamic revival. Mosques were reopened, new ones built, links with Muslims outside the Soviet Union revived. lslam has indeed experienced a rebirth in the region.1

For many, especially in the West, this return of lslam boded ill. According to this view, Central Asia would become another hotbed of lslamic fundamentalism, a breeding ground of terrorism-essentially a natural extension of Afghanistan and other anti-Western regimes in the Middle East. Westerners had reasons enough to fear this outcome.

in November 1991, demonstrators in the Uzbek city of Namangan besieged the country’s president and demanded that he declare Uzbekistan an “lslamic republic.” in neighboring Tajikistan, independence degenerated into a bloody civil war that was widely seen as pitting resurgent “lslamists” against the incumbent “Communists.” By the late 1990s, militant organizations had emerged in Uzbekistan that sought the overthrow of the regime there and its replacement by an lslamic state.

The lslamic Movement of Uzbekistan (IMU), the most prominent of these organizations, developed links with militant groups in war-torn Afghanistan, and its members fought alongside the Taliban during the American invasion in the autumn of 2001. For many observers, the IMU represents the future of Islam in the region-a “natural” culmination of the rebirth of Islam.

This view is based on certain assumptions, often unstated by its proponents, about Islam itself. According to this view, Islam is inherently political and naturally leads to anti-Western militancy. For this reason, the seventy years of Soviet rule were of no consequence, for once lslam reemerged, the paths to its politicization and militarization were foretold.

READ  Avicenna and His Heritage: Acts of the International Colloquium

This book argues that history does matter. The way in which Central Asians relate to lslam, what Islam means to them, can only be understood by taking into consideration the experience of seventy years of Soviet rule.

Although those years may seem like the blink of an eye in the long history of lslam in Central Asia, the Soviet period was one of enormous transformation in society and culture-transformation, moreover, in a mold that set Central Asia apart from much of the rest of the Muslim world. All forms of Islamic expression came under sustained assault in the Soviet period: patterns of the transmission of lslamic knowledge were damaged, if not destroyed; Islam was driven from the public realm; the physical markings of Islam, such as mosques and seminaries, disappeared.

The Soviet period also saw the emergence of strong secular, ethnonational identities among Central Asians, as well as the creation of new political and cultural elites firmly committed to such identities. Independence has not meant the evaporation of these identities, nor of the elites that shaped them.

For much of the 1990s, a certain naıve optimism made Westerners believe that the countries of Central Asia, along with the rest of the former socialist states, were in the midst of a transition from Soviet authoritarianism to something “more normal,” perhaps a free-market democracy in which people would think just like them. it is now amply clear that the trajectories of these countries cannot be understood in such simplistic terms.

Instead of a neat transition, in which the people and their rulers jettison their past, we have “postsocialist” forms of society and politics that are new in that they combine aspects of Soviet authoritarianism with those of the neoliberal order into which they have emerged

Thus, we can understand little about the region’s contemporary politics or about the role that lslam plays in it unless we take serious account of the Soviet period.

it is probably fair to say that Central Asia remains one of the least-known and least-understood parts of the world. Soviet xenophobia cut off the region from the rest of the world; its languages are little known, and its history is practically a blank slate.

A decade and a half after the collapse of the Soviet Union and the opening up of the region and its archives, no single decent source is available to nonspecialists who want to look up the broad outlines of even the political history of the region.

READ  The Philosophy And Theology Of Averroes pdf

The contours of cultural and religious change are even harder to discern. in the absence of information, many writers simply opt to dismiss the Soviet period out of hand. Mixing arrogance and ignorance in equal measure, Ahmed Rashid writes, “When independence finally came, in 1991, the Central Asians, ideologically speaking, were stili back in the 1920s. The crisis in Central Asia today is directly related to this stunted political and ideological growth, which the Communists ensured by their actions in 1923 and afterwards. ,,_2

The dismissal of the Soviet period is connected to broader, a historical conceptions of Central Asia as an eternal land, whose peoples and cultures stand outside of time and (can) never change. If lslam or traditional culture or patriarchy or authoritarianism is strong today, it is strong because such is the region’s tradition. üne is left to wonder, how strong can a tradition be to survive even the murderous assault ofthe Stalinist regime unscathed?

Admittedly, contending with the Soviet period is not easy. The triumphalist mood following the collapse of the Soviet Union has produced an easy tendency outside the academy to dismiss the entire Soviet era out of hand. in such circles, the Soviets appear at best as ham-fisted buffoons, incapable of creating anything and bent on destroying everything they touched; at worst, they are portrayed as pure evi!, and the seven decades of Soviet rule presented as an extended nightmare.

in countries of the former Soviet Union, the disavowal of the Soviet past stems from different impulses, such as the need to legitimize the new post-Soviet order, stake a daim in the new world order as “normal” states, or simply put the past behind. in either case, the dismissal of the Soviet past is entirely unhelpful in understanding the extremely complex developments of that era and the many peoples and nationalities it touched. This book, therefore, aims to explore the consequences, intended and unintended, of the Soviet attempt to remake Central Asia. The Soviets did not achieve ali their goals, but Central Asia was utterly transformed by them..J

The biggest problem, however, is with talking about Islam. No discussion of Islam can take place today without reference to the vigorous public debate over Islam that has raged since September 11, 2001. The marketplace is full of books about Islam, and the periodical press and the electronic media have contributed their share to this debate. Ali shades of opinion are represented in this new literature, from somber academic tomes to sensationalist bestsellers and everything in between.

For many, the answer is straightforward: the religion of Islam is innately political, intolerant, oppressive of women, and inimical to “the West” and its values. Moreover, the religion determines ali aspects of its believers’ lives in a way that Christianity and Judaism do not. in this view, the political and social behavior of Muslims can be discerned from a reading of the scriptures of Islam, which are beyond the realm of human intervention or interpretation.

The most extreme forms of militancy that take place in the name of Islam-acts by al-Qaeda or Hamas-are thus the true and logical manifestations of Islam. Such judgments come from ali points of the political and cultural spectrum: the left, the secular right, the religious right, Muslims critical of their tradition, Hindu fundamentalists, friends of Israel, and Serbian nationalists ali find this vision ofa homogeneous, hostile Islam compelling.

More sympathetic or apologetic authors, Muslims and non-Muslims, argue instead that Islam is “really” a religion of peace that has been hijacked, corrupted, or perverted by militants’ “incorrect” interpretations of Islamic teachings. They posit the “real” Islam, which is the opposite of the commonly held stereotype-a religion that is tolerant, spiritual, and moderate. We can see a possible step forward in the distinction, often made in public discourse since September 11, 2001, between “good” or “moderate” Islam, on the one hand, and its “had” or “extremist” counterparts, on the other: Islam has two faces, one tolerant and spiritual, the other intolerant and violent.

Not ali Muslims are alike-there are “good” Muslims and “bad.” The problem with this binary vision is that too often, the yardstick for measuring moderation is agreement with U.S. geopolitical goals. Muslims who agree with U.S. foreign-policy goals are “good” and “tolerant”; those who do not, are not.

Thus, for years, Saudi Arabia was routinely touted as a “moderate” Islamic state, whereas other, more secular states in the Muslim world have been relegated to the “extremist” camp simply because they disagreed with the foreign-policy goals of the United States.

Because this distinction has been invoked repeatedly to wage war on Muslim populations, its utility for understanding the world is gravely limited.

The apologetic and “two faces” arguments share a fundamental problem with the views of Islam espoused by its most hostile critics: these views ali take for granted that a “real” Islam exists about which one can make such generalizations. The apologetic and “two faces” arguments also locate the sources of Islam in the same places-its scriptures-and assume that the political behavior of Muslims emerges directly from them.

These arguments are essentialist in that they derive their explanation from the purported existence of a certain essence of Islam that is immune to historical change and that exists beyond the realm of society and human intervention. (Essences can be found in anything-race, culture, religion-and, as we shall see, they need not be negative.) No matter where Muslims !ive or what they do, the most important thing about them is that they are Muslims and that they act as such. Essentialist arguments are attractive for their simplicity, for they allow the public to make sense ofa world it does not know very well. Although critics 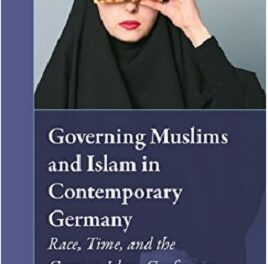 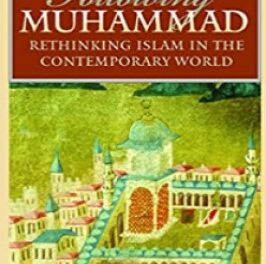 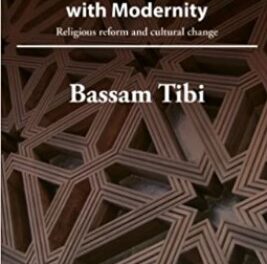 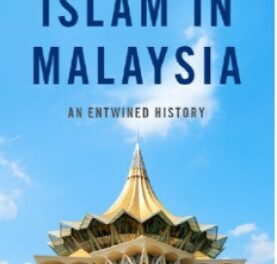