Home » ISLAM AND THE MAKING OF THE NATION pdf download

ISLAM AND THE MAKING OF THE NATION pdf download 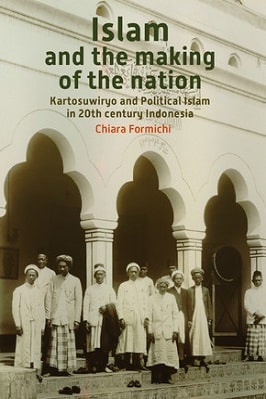 Islam and the making of the nation

ISLAM AND THE MAKING OF THE NATION

The idea for this book came from an interest in understanding recent developments in Indonesian Islamism as well as some advice given by my doctoral supervisor, who convinced me that there was little use in analysing the 1970s-1980s jihadist phenome-non without first looking into its roots in the late colonial period. Following this wise advice, in this study, I assert the crucial importance of the historical method in understanding the contemporary world.

I do so by treating Islam not as an unchanging theological truth but rather as an element of broader social and political realities that have been influenced by geographical and historical factors.

I have made this decision with full awareness of the struggle that scholars face over how much weight to give to the statement that Islam represents the union of dīn wa-dāwla, or religion and government, and over whether or not to differentiate between Islam as primarily a set of religious beliefs and Islam as a source of inspiration for politics.

The fact that some Muslims consider it a religious duty to pursue the establishment of a government based on Qur’anic precepts makes Islam not so different from communism or secularism, in which followers strive to achieve political victory in order to implement their vision of a ‘just society. This study refers to Islam in its ideological manifestation as Islamism, an ideology that has been just as powerful and politically viable in the process of establishing and consolidating the independent state of Indonesia