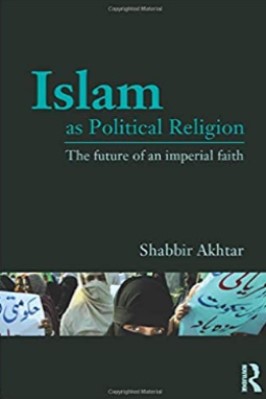 Islam as Political Religion: The Future of an Imperial Faith

About the book – ISLAM AS POLITICAL RELIGION

This comprehensive survey of contemporary Islam provides a philosophical and theological approach to the issues faced by Muslims and the question of global secularisation. Engaging with critics of modern Islam, Shabbir Akhtar sets out an agenda of what his religion is and could be as a political entity.

Exploring the views and arguments of philosophical, religious and political thinkers, the author covers a raft of issues faced by Muslims in an increasingly secular society.

Chapters are devoted to the Qur’an and Islamic literature; the history of Islam; Sharia law; political Islam; Islamic ethics; and political Islam’s evolving relationship with the West. Recommending changes which enable Muslims to move from their imperial past to a modest role in the power structures of today’s society, Akhtar offers a detailed assessment of the limitations and possibilities of Islam in the modern world.

Providing a vision for an empowered yet rational Islam that distances itself from both Islamist factions and Western secularism, this book is an essential read for students and scholars of Islamic studies, religion, philosophy and politics.

Islam is associated with a misanthropic political vengeance and apparently motive- less malice exhibited daily in the world’s crowded headlines. Its towering twin public countenances are a mystical faith of peace and a ferocious political ideology dedicated to world conquest through indiscriminate violence.

Islam as political religion is now uniformly condemned as a resolutely intolerant, potentially totalitarian, unmanageably anarchic, dangerously subversive, irredeemably misogynistic, irrationally homophobic and avowedly imperialistic form of theocratic terrorism which aims to forcibly assimilate the secular and Christian worlds to its own obscurantist norms while rejecting offers of democratic compromise and eirenic accommodation.

Some Western extremists accuse Muslims of a new conquest of post-Christian Europe. Once God’s continent, it is now renamed Eurabia or Europistan, conquered this time via immigrant inﬁltration and intimidation, not direct invasion. Such conspiratorial charges are supported by anxieties about the reach and purpose of Muslim, mainly Saudi, philanthropic donations to major Western universities.

Is this a subtle attempt to monopolize and censor the study of Islam in the West, thus undermining secular freedoms of research, inquiry and speech?

Many non-Muslims sincerely wonder why Muslims, alone among religious believers, refuse to become citizens of a global political and economic order. This is a fair question. While we belong to many faiths, we remain a single humanity and share the planet.

For those of goodwill who afﬁrm the beatitude, ‘Blessed are the peace-makers’, the Islamic question is urgent, not merely theological. As an organic amalgam of secular and religious concerns, Islam resists secularization at a time when the gods of other faiths are competing to fall prostrate at the altar of secularism.

Two decades ago, during the Rushdie affair, I publicly argued that Islamic reform derives its authority from the attempt to resist and confront, not assimilate secular, political and artistic modernity. Religious reformers need religious, not intellectual, authority, in order to be credible to their co-religionists.

That is why Sayyid Qutb and Ayatollah Khomeini and other activists succeeded in inﬂuencing the Islamic world while the exiled ‘Muslim’ intellectuals who plan to reform Islam, from the safety of their apartments in London and Paris, are ridiculed in the Muslim world.

They are seen as resident stooges and puppets of the West as opposed to the Western-appointed puppets governing the Muslim masses in their own home- lands. Western-based Muslim thinkers who labour hard to create a so-called moderate – that is, politically impotent – Islam fully acceptable to the West, are dismissed as agents of the West.

Only a Muslim reformer who argues for strengthening Islam, not emasculating it, carries any weight with ordinary Muslims both in the East and West. Western non-Muslim readers should ask themselves whether they would prefer a legitimately empowered Islam which, historically at least, gave us peace, scholarship, political security and stability for millennia in several parts of the world or an impotent Islam that has recently given us terrorism and extremism as a substitute for politics and policies.

If this shocks you as a Western non-Muslim reader, ask yourself whether mediaeval Christian reformers would have been taken seriously if they had proposed that Christianity should be reformed by becoming more secular. Or, alternatively, if they had pleaded that Christian dogmas should be liberalized through interaction and eirenic dialogue with Islam, then a powerful presence on European frontiers.

If these had been their proposals, they would have been laughed out of court by the theologians of the Catholic Church. Instead, Protestant reformers showed that they were more truly conservative and committed Christians than their Catholic opponents.

Moreover, the West’s secular thinkers are suspect in the Muslim world today just as Muslim thinkers, especially Averroës and Avicenna, who virtually created the Renaissance in Christian Europe, were anathematized by mediaeval Europeans.

The type of reform proposed by westernized Muslims, including Muslim women who claim that the Quran gives women more rights and liberties than those secured by modern secular feminism, is tragically misguided. The West should support an organic, not an imposed ‘colonial’ reformation. For that to happen, Islam must confront secular culture, morality and philosophy.

The crucial question is about the motivation and limits of such confrontation. Only such a stance could give Islamic reform, emanating from the West, any kind of religious authenticity in the West itself and perhaps some religious authority in the Islamic world. Like Daniel in the den, Muslims must face the lion, take on modernity on modernity’s intellectual terms but without relinquishing the authority of the best of their tradition.

In this book, I recommend changes which enable Muslims to move graciously from their imperial past to a modest role in the power structures of a world in which their aspirations, even lives and property, mean little. I present proposals that modern Muslims, as conscientious and intelligent heirs of their imperial tradi- tion, can implement.

I recognize that my theme is academic and professional but also urgent and practical. Therefore, I write as a polymath who rejects the academic subdivisions of specialization which kill perspective by giving everyone a piece of the jigsaw puzzle but no-one the whole picture.

By moving beyond mere scholar- ship and research towards insight and wisdom, a thinker can sometimes awaken a whole generation of his people. It is an open question, however, in which direction the awakened ones will march. In the absence of a clerical hierarchy in (Sunni) Islam, a Muslim thinker is always only an individual voice, crying in the wilder- ness unless that voice were to be ampliﬁed by reputation for personal piety and learning. Even if one had such advantages, genuinely innovative ideas take time to take root and seldom blossom within the life-span of those who propose them.

Western readers might be tempted to skip the bulk of the text and read only the chapters entitled ‘A political religion’ and ‘An imperial religion’. Experts on Islam include an army of academic specialists (whose voice is sometimes wholly academic and hence practically irrelevant) but also veteran observers, including generalists such as journalists, with new wisdom to retail to their apprentices.

These experts, like the drug companies, typically isolate one element from the whole plant. Invariably, they choose the opposed poles of political or mystical and then explain the remaining dimensions. In the pharmaceutical case, nature has the patent on the whole and wholesome plant while the artiﬁcial extract has toxic side-effects.

The same applies to books, academic and general, featuring a unidimensional Islam. The attenuated faith bewilders Muslims since they are instinctively (if not intellectually) aware of their religion’s complexity. They are forced to witness daily the biased vivisection of their sacred beliefs as they endure the prejudicial rigour of sensationalist analysis which spares all other faiths under a patronizing lenience.

We cannot comprehend the continuing political appeal of Islam without under- standing it as the moral compass guiding a major segment of humanity. Moreover, Islam has intellectually challenging and appealing foundations; sympathetic non- Muslims recognize its early and classical history as exemplifying a successful experiment in creating and sponsoring a multicultural civilization.

This is seen as proof of an empowered Islam’s ability to be a force for the common good. Islam has patronized learning and scholarship: Muslim polymaths transmitted and ampliﬁed Europe’s lost Hellenic heritage after recognizing and saluting it as one of the glories of the intellectual record of our shared humanity.

In view of several political alternatives, especially liberal secular humanism with its democratic underpinnings, why choose Islam? Western readers and scholars typically view Islam’s political potential with alarm and do so in is 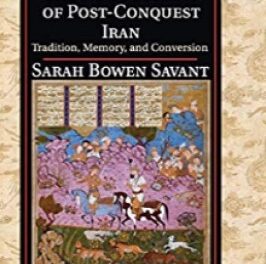 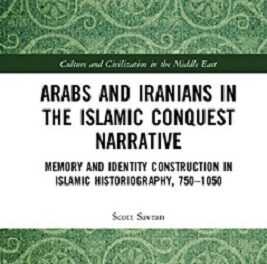 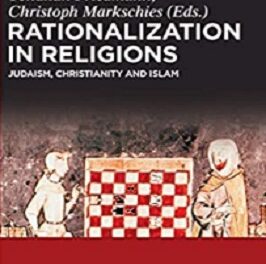 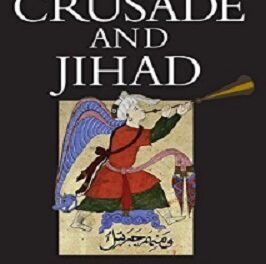