In late April 2014, Barack Obama made a historic diplomatic trip to Malaysia, marking the first time in fifty years since an American president last visited what is regarded by Muslims globally as a leading Islamic country.1

That Obama was the first African American president whose Arabic middle name is Hussein added to the euphoria among many Malaysian Muslims about his two- day stay in a country the president knew well as a child growing up in neighboring Indonesia.

Obama’s visit was significant in other ways. He spent time touring and paying tribute to one of the largest Muslim sacred sites in Kuala Lumpur, the Masjid Negara (National Mosque; Figure I.1).

“There can be no better way for Obama to honour Islam than by visiting Masjid Negara,” said the religious ad- viser to the prime minister, Tan Sri Dr Abdullah Md Zin. “It will be interesting to know what he has to say about the mosque and Islam.”2

Obama was indeed visibly impressed with the stunning architecture and splendor of the mosque, which, to him, reflected the cosmopolitan outlook of Islam in Malaysia. But he had something equally pertinent to say about the Muslim-dominated nation.

During a town hall meeting with youth activists on the same day, Obama addressed what he felt was Malaysia’s enduring strength and greatest challenge that mirrored the ongoing struggles in his home country: relations between people of different ethnic backgrounds.

Here in Malaysia, this is a majority Muslim country. But then, there are times where those who are non-Muslims find themselves perhaps being dis- advantaged or experiencing hostility. In the United States, obviously historically the biggest conflicts arose around race.

And we had to fight a civil war and we had to have a civil rights movement over the course of generations until I could stand before you as a President of African descent. But of course, the job is not done. There is still discrimination and prejudice and ethnic conflict inside the United States that we have to be vigilant against.

So my point is all of us have within us biases and prejudices of people who are not like us or were not raised in the same faith or come from a different ethnic background. B

ut the world is shrinking. It’s getting smaller. You could think that way when we were all living separately in villages and tribes, and we didn’t have contact with each other. We now have the Internet and smart phones, and our cultures are all colliding.

The world has gotten smaller and no country is going to succeed if part of its population is put on the sidelines because they’re discriminated against.

Obama’s frank assessment of the multi-religious landscape in Malaysia left many Malaysians jittery. I was equally fascinated by his remarks. Given the long hiatus since an American president last visited Malaysia, one would expect Obama to exercise some diplomatic tact, even if he had meant it to be purely gestural.

It was not long before Obama’s comments sparked a heated Internet debate about the state and future of Malaysia. The president raised many delicate issues, providing the inspiration for this book. Was he right about non-Muslims feeling left out in a country known for its unique diversity and inclusivity?4 Is Malaysia’s global connectedness a recent phenomenon? Or has it been that way much longer than Obama imagined it to be?

In search of the answers to these and many other questions, I seek to tell the story, or, should I say, the biography of Islam in Malaysia. It is a story that goes far back in time to almost a millennium ago.

It is a story about contacts and connections, relations and exchanges, that both confirm and yet depart from Obama’s take on Islam and Muslims there. It is also a story that offers a new methodological approach and a fresh look at Islam in Malaysia, how it was infused gradually in a space that was originally under the sway of non-Muslims and how it became what it is today.

The story of Islam in Malaysia, to my mind, has been partially told and narrated in patches, falling short of providing us with a complete portrait of the enduring fates and fortunes of Muslims in that part of the world. This book initiates a movement toward a much richer perspective about an equally important group of Muslims located far away from the House of Islam that has been shaping the expanding ummah (global Muslim community).

To be sure, historical writings on Islam and Muslims in Malaysia have developed rapidly in the last century.5 Although extensive, the canvass of works writ large can be generally divided into a few recurrent themes.

The first and perhaps most prevalent theme pertains to developments in political and radical Islam, now popularly termed “Islamism.” Scholars working in this area track the growth of Islamic resurgence in Malaysia that began in earnest in the 1970s.

The literature on political and radical Islam has developed tremendously in the wake of the 9/11 attacks in the United States and in the midst of persistent threats posed by extremists. One major line of argument discernible from such a strand of schol- arship is that Islam in Malaysia was more inclusive and embracing prior to the advent of revivalist pulses from South Asia and the Middle East.

The donning of the hijab (Muslim headscarf ), the establishment of Islamically compliant institutions, the growth of assertive Islamic movements, and calls for the establishment of hudud (Islamic criminal law) and the shari’a (Islamic ethical and reli- gious code), as these scholars have it, are indications that Muslims in Malaysia set on the path of conservatism and conflict with non-Muslims.6

The second thread of scholarship covers the social, devotional, educational, and economic dimensions of the history of Islam in Malaysia. Included in such works are questions relating to rituals, customs, traditions, festivals, and ceremonies that characterized Islam, in addition to studies on the functions and fates of Islamic schools, mosques, and other religious institutions.

These writings examine various transformations and adaptations that Muslims in Malaysia underwent in meeting the demands of colonialism, modernity, and globalization.7

To be added to this are academic writings that center around the study of intellectual and scholarly currents in Malaysia. The ulama (Muslim scholars), reformers, intellectuals, and opinion makers and their ideas about Islam as it was manifested and promoted in Malaysia are placed in sharp relief.

Historians of Malaysia have spent much ink explaining how and when Islam first arrived in Malaysia, on the impact of the faith in society, as well as on the persistence of traditionalism and its interactions and conflicts with the forces of reformism and modernism.8

These seemingly divergent research paradigms share some similar features. They deal with short time spans, covering the kerajaan (kingship), colonial, and/ or postcolonial eras. No work has yet to surpass the limitations of time to provide a seamless account of the millennium-old venture of Islam in Malaysia within the confines of a single study.

Furthermore, much of the existing corpus of works pays inordinate attention to developments within Malaysia and less to how Islam in that geopolitical terrain interacted with many developments from without. Such “methodological nationalism,” where the nation-state is used as defining units and fixed perimeters, has blinkered scholars of the regional and, more impor- tantly, global developments that have shaped Islam in Malaysia since the eleventh century.9 Perhaps more crucially, the many historical works on Islam in Malaysia that have come down to us are generally Muslim-centric.

Very little coverage has been given to the part of non-Muslims in the shaping of social lives and piety of Muslims and how they were also shaped by the waves of Islamization that flowed into Malaysia.

While benefiting from the insights and extending the limits of previous scholarship, this book seeks to bring the analysis of Islam in Malaysia to a different direction, which I hope will have implications for the study of the history of Muslims globally.

I argue that Islam has maintained its presence in Malaysia for over a thousand years and that this long and intriguing past can be best approached through what I term “entwined history.” As the French intellectual Fernand Braudel reminded us: “if one wants to understand the world, one has to determine the hierarchy of forces, currents, and individual movements, and then put them together to form an overall constellation.

Throughout, one must distinguish between long-term movements and momentary pressures, finding the immediate sources of the latter and the long-term thrust of the former.”10 In the same vein, I argue that if one wants to fully unravel the millennium- old venture of Islam in Malaysia through the lenses of entwined history, one has to consider the long-term interrelationships, interplay, connections, 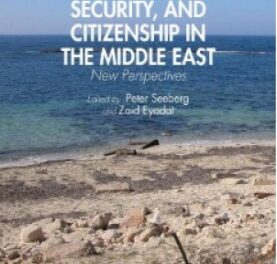 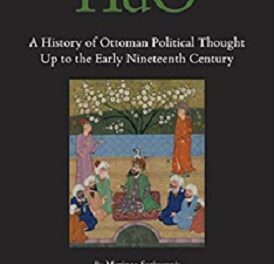 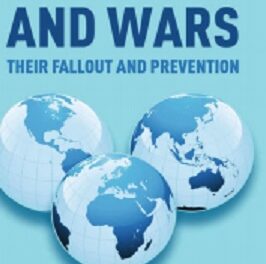