Islamic Banking and Finance in the European Union 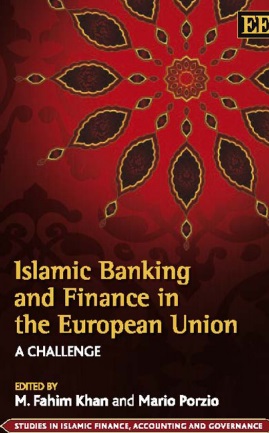 Islamic Banking and Finance in the European Union: A Challenge (Studies in Islamic Finance, Accounting and Governance)

ISLAMIC BANKING AND FINANCE IN THE EUROPEAN UNION – Book Sample

Introduction – ISLAMIC BANKING AND FINANCE IN THE EUROPEAN UNION

When the Prophet Muhammad began His war to defend poor debtors from the insatiable demands of their lenders, the Christian Church had already condemned usurae: any kind of interest claimed on a loan.

However, since the twelfth and thirteenth centuries, economic development created pressure to remove the prohibition, and merchants – especially Italian merchants – thought up many kinds of contract to make profits from their money outside the confines of the church laws (Chapter 1). Almost the same thing happened in the Muslim world, too (Chapter 3).

In more modern times, when the needs of growing capitalism prevailed, theologians from the reformed churches (Lutheran and mostly Calvinist) felt that interest on loans was legitimate and, at the same time, in Western Europe civil law had become sharply distinct from religious rules (Castro, 2007; also Chapter 5).

So the ‘war’ of the Christian Church ended in defeat, and the Napoleonic civil code of 1804 definitely allowed paying out interest for any type of cash loan. This code was widespread and was especially enforced in Egypt by the French army; although obviously, during the time of colonization, the European laws were valid in every country colonized.

In the frame of decolonization, the prohibition of riba was again under discussion in most Islamic-profile countries and the first formal attempt to put the concept of Islamic banking in practice is often reported to have taken place in Egypt – an historical joke – around 1963, when a savings bank was opened in a small town, Mit Ghamr. There is, however, evi- dence that suggests the basic principles and practices of some of the recent forms of Islamic finance date back to the early part of the seventh century (Euromoney Report, 1997, www.euromoney.com).

We shall call an ‘Islamic bank’ a financial institution which, complying with Qur’an and Sunna precepts, neither gives nor requires any interest (Chapters 2 and 3) and also chooses its investments according to ethical criteria.

Islamic banking appeared as a global reality in the early 1970s when Islamic financial institutions popped up in Geneva, Luxembourg, Dubai and Jeddah. Since then this phenomenon has showed an unprecedented growth over the global scene. Now the institutions dealing with Islamic finance exist in more than 50 countries. The total number of such institutions is more than 275 of which 54 are reported in Europe.1 These institutions are estimated to be handling funds somewhere around $500 billion growing at a rate of more than 15 percent per annum.

The emergence of these institutions is helping to bring out funds into the banking channels which were previously avoided on the grounds of the religious injunctions against interest-based banking. It is this phenomenon of capturing the money which has previously bypassed the formal financial channels that is causing the Islamic banking and finance industry to show unprecedented growth.

The historical developments which were briefly summed up at the beginning of this introduction have tried to explain why Qur’an proscriptions against lending with interest are not a problem in Europe. In fact, now, Western banks do not often pay interest on deposits, especially in the case of current accounts (Chapters 10 and 14).

Generally, the operations of Islamic banks are often very similar to common European banking or finance operations (Chapter 2). Islamic banking is far from problematic; indeed recently, many European bank and investment institutions have made their financial instruments compliant with Muslims’ needs (Chapter 8).

Many issues may arise when an Islamic bank attempts to carry out its business in a European Union country. This is the main concern of this book.

It is not easy to say whether and how an Islamic bank may operate in European countries because of the high number of European States and market rules. It explains why single State authorities do not give the same answer to this question (we have asked French, German, British and Italian authorities).2 However, we can try to draw some conclusions from the papers in this book (see Chapters 11–15).

First, we have to look at European Union legislation. In European countries the business of receiving deposits or other repayable funds from the public is not free, and the European Commission and the European Parliament have laid down two kinds of institutions entitled to operate in financial markets.

1. Credit institutions (or banks). Under the European Banking Code, a credit institution is defined as ‘an undertaking whose business is to receive deposits or other repayable funds from the public and to grant credit for its own account’ (art. 4, Directive 2006/48 EC). Indeed, according to ancient western traditions, the obligation (duty) to ‘repay the funds received’ and to ‘grant credit for its own account’ makes banks different from other financial intermediaries: banks bear the risk of investment of the repayable funds and their clients are always entitled to have back the funds granted.

2. Investment firms. An investment firm is defined as ‘any legal person whose regular occupation or business is the provision of investment services for third parties on a professional basis’ (article 4, Directive 2004/39 EC). In other words, investment firms behave as brokers and dealers in the transferable securities market.

Recently, the European Union has passed a new directive providing rules on payment institutions. A payment institution is a financial intermediary different from banks and investment firms, and been defined as ‘a legal person that has been granted an authorisation (. . .) to provide and

Credit institutions and investment firms may not set up and perform their business unless they have been authorized by the national authority empowered by domestic law and, once authorized in relation to the listed activities, they are subject to the prudential supervision of a competent authority (art. 6, Directive 2006/48 EC; art. 5, Directive 2004/39 EC). The domestic authority must grant the authorization when statutory requirements are met but, as regards both of them, it refrains from granting the authorization when the management of the business, the links between the credit institution and other natural or legal persons or the suitability of shareholders or members do not fulfil a ‘sound and prudent’ assessment (art. 12, Directive 2000/46 and article 10, Directive 2004/39 EC).

Once authorized by the home state regulator, credit institutions and investment firms are enabled to establish their branches and to provide cross-border services in all EC Member States (the host States); they are entitled to perform the authorized activities complying with only their home statutory rules. It is the so-called principle of mutual recognition of authorization and of prudential supervision systems: the European passport.

Starting from 31 December 2007, banking activities and also, in some respects, investment firm activities have to comply with Basel 2 provisions (International Convergence of Capital Measurement and Capital Standards, Comprehensive Version, June 2006).

The principles mentioned above concern financial institutions having both their registered office and head office in the same EC country (article 11, Directive 2006/48 and article 5, Directive 2004/39 EC). While the

EC framework has not enacted any precise proscriptions on the credit institutions and the investment firms having their head office outside the European Community, it does prevent Member States from laying down any statutory regimes more favourable than those accorded to European financial institutions.

Nevertheless, the EU Commission carefully controls the authorizations granted to non-EU institutions and, in accordance with the directives, the Commission is allowed to reach an arrangement with third countries on the business of financial intermediaries.

Looking at the European definitions there is no doubt that Islamic banks are not banks, but if we look at every single European juris- diction, the answer appears more doubtful and extremely complex (Chapter 14).

Furthermore, the authorization of banking does not include the same services in all jurisdictions, and therefore in some countries the difference between bank and investment firm is hard to per- ceive. Moreover, the enforcement of the EU rules is very different in single European States. For example, looking at the Italian experience, the Bank of Italy, as home State regulator, frequently refers to ‘sound and prudent’ management rules to refuse the authorization, adding up to interesting polemics (recently, Oddo and Pons 2005).3

READ  Islam and the Path to Human and Economic Development pdf

In the legal framework outlined above, a distinction may be drawn among the following hypothetical situations:

Besides the controversial issues dealing with banking and investment firm authorization, the ‘sound and prudent’ management control, namely the enforcement of Basel 2 rules to the Islamic banks, is an equally impor- tant issue.

There are, however, some infrastructural developments taking place in the context of the Islamic financial industry. These infrastructural devel- opments, initiated and run collectively by countries with a substantial presence of Islamic banking and finance, aim at providing credibility and support to the Islamic banking and finance industry at the global level. The most important of these developments, perhaps, is the establishment of a body known as the Islamic Financial Services Board (IFSB) which is governed by the Central Bank Governors of countries where Islamic banking exists. The membership of the Board also includes the IMF, the World Bank and the Bank for International Settlements.

To help the regulators and supervising bodies in providing a level playing field to Islamic banks without compromising on the efficiency and ethical standards already in vogue in the national and global financial markets, the IFSB is rigorously reviewing international standards and developing standards for Islamic banks in the following areas: 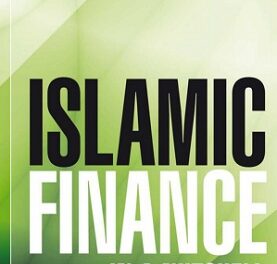 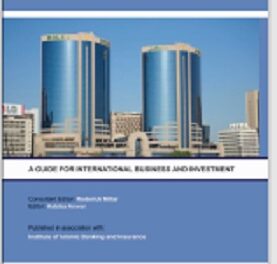 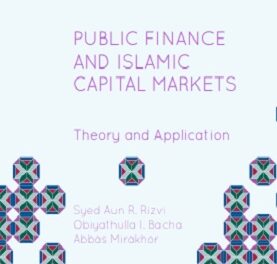 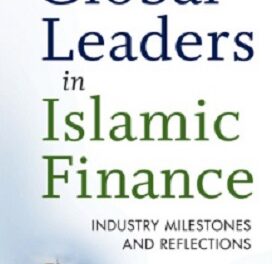