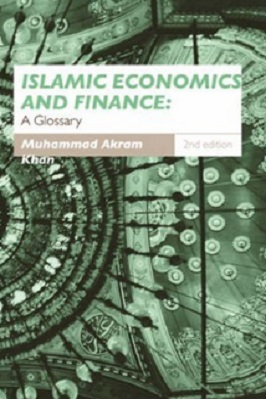 Islamic Economics and Finance: A Glossary (Routledge International Studies in Money and Banking, 23)

ISLAMIC ECONOMICS AND FINANCE A GLOSSARY

gedik A system introduced by Ottoman Sultan Mahmud (AD 1808–1839) in which the government issued a trade licence (known as gedik) for a fee allowing the holder to carry out certain trade or craft. The gediks were of two kinds: restricted and unrestricted. The restricted right created a monopoly such that no one else was to be given this gedik. The unrestricted right made it possible for others to obtain similar gediks afterwards in that trade or craft. But the trade itself could not be carried out without a gedik. The gedik could be sold but its transfer had to be registered with the government for a fee. It could also be inherited. The system of gedik was introduced by the Sultan to augment the income of the imperial ’awqaf which had gone into deficit over years because of

inflation. The system of gedik fell into disrepute because of malpractice. It was abolished in 1861.

General Agreement for Economic, Technical and Commercial Cooperation among Member States of the Islamic Conference The agreement was signed by foreign ministers of the OIC member states in 1977. Almost all sates have approved it but not all had ratified it until 1985. The goal was to create a framework for the improved utilization of natural and human resources of the member states. The agreement eased factor movements between member states to promote economic cooperation and development.

general investment account A type of investment deposit accepted by some Islamic banks. The deposits received on this account are pooled in a fund. The fund is invested on lawful Islamic business activities. The profit or loss from these activities is distributed among the account hold- ers. The account holders are given weight according to the length of the period for which a deposit remained with the bank.

general investment certificate A proposed instrument of Islamic bank- ing. The certificate would be offered by commercial banks to savers. Its holder would be entitled to an average rate of profit from all operations of the bank. The certificates would be issued for different maturities ranging from 60 days to 10 years. They would also be marketable.

general takaful A form of Islamic insurance to cover losses of fire, theft or natural calamities. The scheme or concept follows the principles of mutual insurance. See also takaful.

Geniza or Cairo Geniza Manuscripts, mostly in Hebrew characters but in Arabic language, originally preserved in a synagogue, partly also in a ceme- tery of Fustat (old Cairo), the ancient capital of Islamic Egypt. The material originated all over the Mediterranean area and comprised every conceivable type of writing, such as official, business and private correspondence, detailed court records and other judicial documents, contracts, accounts, checks, prescriptions, receipts and inventories, writs of marriage, divorce and manumission, charms, children’s exercises and the like. The bulk of the material is of Jewish origin. Manuscripts are preserved in the University Library, Cambridge, the Bodleian Library Oxford, the British Museum, the Jewish Theological Seminary of America, New York, the Dropsie College Philadelphia and many other libraries. Geniza documents have thrown new light on the commercial history of the Muslims and the orientalist writers have used them to draw inferences about Muslim practices.

Used for exorbitant or exploitative rate of profit.

al-ghail    Natural water course such as canals, rivulets and streams. Lands irrigated by the water of al-ghail are treated as ‘ushrW lands and pay ‘ushr (one-tenth) on the output at full rate. Al-ghail are also known as al-fatah.

al-ghallah Lit: Income, revenue yield, crop. Tech: It applies to the yield or rent of land or wages of a labourer or earnings of a servant. It also applies to the coins that are rejected by the treasury but accepted by the merchants in their day-to-day dealings.

al-ghamir Lit: Waste, empty (land). Tech: Land that is left out of tillage, having formerly been put under plough. According to some, it is the land where irrigation water does not reach and has to be irrigated artificially with considerable cost.

al-ghana’ (al-ghina’) Lit: Wealth, affluence, sufficiency, adequacy. Tech: Relating to the law of zakah, financial position of an individual that enables one to dispense with help from others. It excludes a person from

the  category  of  beneficiaries  of zakah  and  bars  him  from  making  any lawful claim to the zakah fund. From the traditions of the Prophet, the following stages of ghana’ may be deduced: (i) when a person is in pos- session  of  nisab  of  productive  (namW)  wealth  above  what  one  requires to  meet,  for  the  whole  year,  his  own  needs  and  of  his  dependants;

(ii)  when  no  zakah  is  imposed  but,  nevertheless,  one  is  not  lawfully allowed to accept it. This stage is reached when, in addition to the basic necessities of life, one owns an amount equal to, but not less than 200 dirhams  of  unproductive  wealth,  such  as  the  possession  of  clothing,  a number of dwelling houses and warehouses, and the possession of aban- doned household items and cattle heads, etc.; (iii) when it is not desirable for one to stretch one’s hand in begging but one is lawfully allowed to accept zakah if provided. This state is reached when one is in possession of  50  dirhams  or,  one  ’wqWyah  of  silver  or  is  solvent  or  has  sufficient means for the morning and evening meals or when one is physically fit enough to earn one’s livelihood.

al-ghanim    Lit:  Successful.  Tech:  A  soldier  of  the  Muslim  army  who receives a share from the war booty (ghanWmah).

al-ghanWmah    Lit:  Whatever  is  obtained  without  difficulty.  Tech:  The booty  captured  in  a  war  with  non-Muslims.  It  includes  only  movable property captured from the battlefield left behind by the enemy troops. It does not include the land, immovable property and even movable prop- erty  of  the  enemy  not  thus  captured.  Four-fifths  of  the  total  booty (ghanWmah) is distributed among those who participate in the war and one-fifth is the share of the bait al-mal. See also al-khumus.

al-gharar Lit: Hazard, chance or risk. Tech: Sale of a thing that is not present at hand; or the sale of a thing whose consequence or outcome is not known; or a sale involving risk or hazard in which one does not know whether it will come to be or not, such as a fish in the water or a bird in