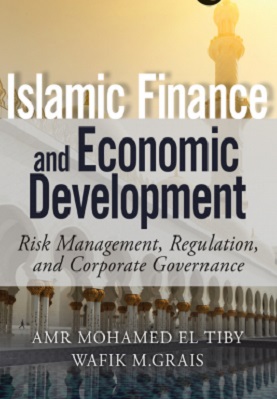 FINANCIAL RISKS AND THEIR IMPACT ACROSS CONVENTIONAL AND ISLAMIC FINANCIAL INSTITUTIONS

Conventional and Islamic financial institutions face credit, market, and operational risks. Each type can be at the origin of a shock that may remain circumscribed to one institution, or spill over within one group or across groups.

Credit risk is the risk of loss due to a debtor’s nonpayment of a loan or other line of credit. Fatemi and Fooladi (2006) argue that it arises principally from uncertainty about a given counterparty’s ability to meet its obligations.

Increasing variety in the types of counterparties (from individuals to sovereign governments) and forms of obligations (from auto loans to complex derivatives transactions) means that credit risk management is at the forefront of risk management challenges facing financial services firms.

Important factors determining credit risk assessments include: (1) rating of the counterparties, (2) nature of the legal and judicial system, (3) quality of collateral, (4) maturity of the credit facility, (5) size of banking and trading books, (6) use of credit derivatives, and (7) internal control systems. IIFSs and conventional financial institutions address the foregoing factors in con- ducting business, extending financing, and assessing their own vulnerability to adverse events.

Chapra and Khan (2000) argue that IIFSs face other risks arising from their inability to reschedule debts on the basis of a higher markup rate, from differences of opinion among fiqh schools, and from the dearth of Shari’a compliant hedging instruments, notably credit derivatives.

Differences of opinion among Shari’a scholars create another risk specific to IIFSs. For example, some scholars consider the murabaha con rac binding only for the seller, but not for the buyer. Others consider it binding on both parties, and most Islamic banks function on this basis.

But the OIC Fiqh Academy believes that the party that defaults has the overall responsibility for the compensation of any losses to the wronged party. In another example of differences of opinions, some scholars have challenged the compliance of ijara ending in ownership, a type of transaction implemented by most Islamic institutions.

In addition to the foregoing, Islamic financial instruments incorporate specific credit risk features. The salam contract may face a counterparty risk associated with a failure to supply on time, or at all, and failing to supply the agreed-upon quality or quantity. When an Islamic bank participates in istisna’a contract, it functions as supplier, manufacturer, constructor, and builder. As none of these roles are the bank’s normal business, subcontrac- tors must be used.

Thus the bank is exposed to two-way counterparty risk. The risk of default of the customer is one of these, but there is also the risk of the subcontractors failing to carry out their duties effectively and on time. IIFSs indirectly face market risk through the markup price of deferred sale and lease-based transactions. Market risk may result in losses in on- and off-balance-sheet positions arising from movements in market prices.

These would include volatility of market rates or prices such as profit rates, foreign exchange rates, and equity prices. A typical loss would be a decrease in the value of an investment due to changes in market factors.4 The fact that IIFSs operate under the principles of risk sharing and no interest and in

compliance with Shari’a principles does not remove market risk.

Islamic banks often benchmark the pricing of their instruments to the London Interbank Offered Rate (LIBOR). Thus, a change in LIBOR affects

an IIFS’s income statement in the same way it does with a conventional bank, depending on the share of the balance sheet linked to the benchmark. An increase in the LIBOR leads to an increase in the markup charged on new transactions and expected returns by investment account holders, com- pared to the earnings from the bank’s long-term investments.

Furthermore, IIFSs’ balance sheets are exposed indirectly to variations of rates of return linked to LIBOR. The value of assets such as a deferred sale and lease trans- action will vary with the wedge between the price at which they were issued and market changes in the benchmark.

Basel Accords and national regulators have shown increasing concern about operational risks. The Basel Committee defines operational risk as “the risk of loss resulting from the inadequate or failed internal processes, people and systems or from external events. This definition includes legal risk.” In addition, “legal risk includes, but is not limited to, exposure to fines, penalties, or punitive damages resulting from supervisory actions, as well as private settlements.”6

Operational risk in IIFSs would include Shari’a – compliance, in addition. 7 One particular feature is that an IIFS may conduct business that is later considered not Shari’a compliant. In this case the IIFS will have to forgo the income earned. In addition, if this becomes a frequent occurrence, the IIFS would incur reputational damage that would under- mine its franchise as a Shari’a-compliant financial institution. Moreover, the profit and loss sharing (PLS) modes of operation may be intrinsically more complex to run, compounding operational risk.

In the wake of the 2008 financial crisis, observers noted that IIFSs may have been less affected than conventional banks. The foregoing pointed out that the risk-sharing and materiality features of IIFS transactions have the potential of mitigating risks. However, IIFSs and conventional banks per- form essentially similar financial intermediation functions. Therefore, both groups of institutions face credit, market, and operational risks. They also face reputational risks and macroeconomic risks.

They may be affected to different degrees, however. IIFSs also face a particular type of risk related to the nature of their franchise, namely the pledge to conduct their business in compliance with Shari’a principles. This difference not only entails an idiosyncratic operational risk in each IIFS, but may also spill over to other IIFSs through damaging the reputation of the industry.

Table 3.1 provides an overview of the potential contagion channels that may affect IIFSs and conventional banks. It considers that a general economic slowdown has the potential of significantly affecting both groups. At the other end of the spectrum, a Shari’a operational risk may moderately affect other IIFSs but have a negligible impact on a conventional bank.

It would be negligible but still present because of the involvement of a num- ber of conventional banks in Islamic financial intermediation. To the extent that monetary policy and systemic liquidity management have an impact,