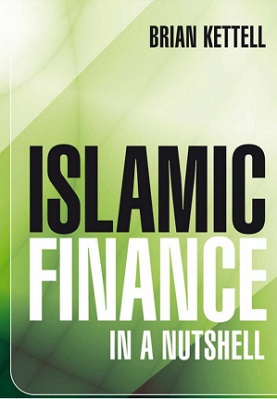 Islamic finance in a nutshell : a guide for non-specialists

Introduction – ISLAMIC FINANCE IN A NUTSHELL

The ongoing turbulence in the global financial markets has drawn attention to an alternative system of financial inter- mediation, Islamic banking and finance.

This sector has so far remained on the sidelines of the unrest. The sector has grown rapidly in recent years and this new found prominence has raised many questions as to what exactly is Islamic banking and how does it work. This short text, a nutshell, is designed to provide readers with an understanding of the central tenets of the industry.

Islam is not only concerned with the relationship between man and God but it is also a system of beliefs, justice, equity, fairness and morality, these being the values that underpin the entire Islamic way of life. These beliefs are governed by the body of Islamic principles generally referred to as Sharia’a, which is, not surprisingly, the basis for the creation of Islamic financial products.

Although Islamic banks are concentrated in the Middle East and South- east Asia, there are also niche players in Europe and the United States. Islamic banking assets and assets under management are currently standing at over $800 billion. According to a recent study by a global management consulting firm, McKinsey, ‘The World Islamic Banking Competitiveness Report 2007/08: Capturing the Trillion Dollar Opportunity’, the value of Islamic banking assets and assets under management is expected to reach US$1 trillion by 2010, with Islamic banks growing more rapidly than the average banking sector in many countries.

The Islamic banking industry is in the midst of a phenom- enal expansionary phase, exhibiting average annual growth rates of about 15 per cent in recent years. This rapid growth has been fuelled not only by surging demand for Sharia’a– compliant products from financiers from the Middle East and other Muslim countries, but also by investors around the world, thus rendering the expansion of Islamic finance a global phenomenon.

Besides its wide geographical scope, the rapid expansion of Islamic finance is also taking place across the whole spectrum of financial activities, ranging from retail banking to insurance and capital market investments. But perhaps the most striking was the fast growth of sukuk (Islamic bonds), the most popular form of securitised credit finance within the industry. Sukuk issuance soared over the period 2001–2007 although it has fallen back more recently.

What is Islamic banking?

Sharia’a-compliant banking provides and uses financial services and products that conform to Islamic religious practices and laws which, in particular, prohibit the payment and receipt of interest. In practice, this means that instead of loans, Islamic banks use profit-and-loss sharing (PLS) arrangements, pur- chase and resale of goods and services, and the provision of services for fees. These principles all form the basis of Sharia’a– compliant contracts. In PLS modes, the rate of return on financial assets is not known or fixed prior to undertaking the transaction. In purchase-sale transactions, a mark-up is based on a benchmark rate of return, typically a return deter- mined in international markets such as LIBOR (London Interbank Offered Rate, an internationally recognised reference interest rate)…

Ask a conventional banker exactly what is Islamic banking. He will mumble something about religion. He will then say well they cannot charge interest but they use something else which is the same thing. This ‘something else’, incidentally, is never defined. He will then move on to describe Islamic banking as being about smoke and mirrors. To conclude he will then profoundly announce that, with a few tweaks, it is what he does every day anyway. And that is the end of it.

If you push him to actually describe an Islamic financial instrument, and even worse if you actually use some Islamic terminology, Murabaha, Mudaraba etc, then his eyes will start to glaze over.

As you will learn, Islamic banking is not about smoke and mirrors. It is in fact about banking based on Islamically-ethical principles which are, in many ways, very different indeed from conventional banking principles.

So what exactly is Islamic banking all about?

Islamic financial institutions are those that are based, in their objectives and operations, on Qur’anic principles. They are thus set apart from ‘conventional’ institutions, which have no such religious preoccupations. Islamic banks provide commer- cial services which comply with the religious injunctions of Islam. Islamic banks provide services to their customers free from interest (the Arabic term for which is riba), and the giving and taking of interest is prohibited in all transactions. This prohibition makes an Islamic banking system differ fundamen- tally from a conventional banking system.

Technically, riba refers to the addition in the amount of the principal of a loan according to the time for which it is loaned and the amount of the loan. In earlier historical times there was a fierce debate as to whether riba relates to interest or usury, although there now appears to be a consensus of opinion among Islamic scholars that the term extends to all forms of interest.

The term riba, in Islamic law (the Sharia’a), means an addition, however slight, over and above the principal. According to the Federal Sharia’a Court of Pakistan, this means that the concept covers both usury and interest; that it applies to all forms of interest, whether large or small, simple or compound, doubled or redoubled; and that the Islamic injunction is not only against exorbitant or excessive interest, but also against even a minimal rate of interest.

Financial systems based on Islamic tenets are therefore dedicated to the elimination of the payment and receipt of interest in all forms. It is this taboo that makes Islamic banks and other financial institutions different, in principle, from their Western conventional counterparts.

There are a range of modern interpretations of why riba is considered haram (forbidden) but these are strictly secondary to the religious underpinnings.

The fundamental sources of Islam are the Holy Qur’an and the Sunnah, a term which in Ancient Arabia meant ‘ancestral precedent’ or the ‘custom of the tribe’, but which is now synonymous with the teachings and traditions of the Prophet Muhammad as transmitted by the relaters of authentic tradition (hadith).

Both of these sources treat interest as an act of exploitation and injustice and, as such, it is inconsistent with Islamic notions of fairness and property rights. While it is often claimed that there is more than this to Islamic banking, such as its contribution towards economic development and a more equi- table distribution of income and wealth, its increased equity participation in the economy, etc, Islamic banking nevertheless derives its specific raison d’être from the fact that there is no place for the institution of interest in the Islamic order.

This rejection of interest poses the central question of what replaces the interest rate mechanism in an Islamic frame- work. Financial intermediation is at the heart of modern financial systems. If the paying and receiving of interest is 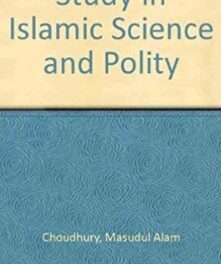 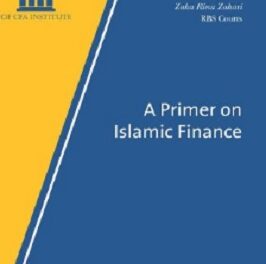 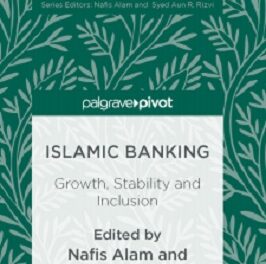 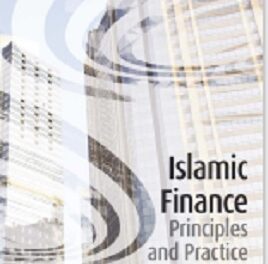