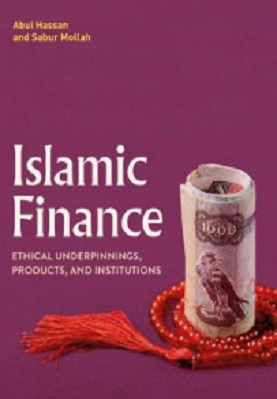 The Ethical Underpinnings of Islamic Economics and Finance

In Islam, economic behaviours and commercial dealings cannot be detached from values and ethics. The Islamic values are intended to rule, direct and govern human beings’ conducts in their day-to-day economic lives.

They are intended to serving people to differentiate between bad and good things while performing their economic action. It may be noted that the ethical values in Islamic economics and finance are resulted from the key bases of Islam namely: Al-Quran (Divine book of Islam) and Sunnah (the behaviours and teachings of the Prophet Muhammad, peace be upon him).

Both represent the main pillars of Shari’ah (Islamic ethical guidelines and laws), which is understood by Muslims as an appropriate way to contentment, not only in economic and financial life but also in all facets of life.

The designers of Islamic finance proclaimed that an economy based on Islamic ethical values and principles should produce a moral economic system serving the wants of not only Muslims but also humanity at large, as its morals are rooted in cultures and dogged by a variety of factors such as upbringing, different aspects of human life and environment.

Ethics is defined as moral, etiquette, morals, norms, rules of conscience, courtesy, manners, values and alike. Etymologically, Frankena (1988) defines that it is a discipline that describes good or bad, duty or moral obligation, or a set of principles or moral values. It derives from the Greek word ethos, in the plural form (ta etha), which means custom or habit.

In this case, it is related to values, good way of life, good rule of life and all the habits adopted and passed on from one person to another or from one generation to another. In a firmer meaning, it is a systematic study of the nature of the concept of value, good, bad, right, wrong and so forth and of general principles that justify us to apply it on anything. Ethics, according to Naqvi (1981), is a science that describes the meaning of good and bad, explains what a person should do to another, states the purpose of life addressed by humans in their actions and points which way they should take.

Frankena (1988) understands ethics as a science which explains what to do or as knowledge about local customs. In addition, it can be defined in three terms: (i) it is used in terms of value and moral norms which control the behaviour of a person or a group. (ii) Second, it is understood as a set of principles or moral values or code of ethics. (iii) It is the science of good and bad, as said by Harahap (2011).

The study of ethics covers all fields including economics and finance. Ethics and economics share close relationship concerning norms or legal–illegal actions in economics activities. According to Naqvi (1981), economics means the same in terms of a science or an activity.

According to Frankena (1988), economics ethics is a thought or reflection about morality in economics. Morality means good or bad, commendable or reprehensible and therefore allows or does not allow human behaviour. It is always related to what humans do including economic and financial activities. Also, the economic and financial ethics turns into a serious study in various parts of the world. The ways of positivistic eco-nomic study per se are no longer adequate nor capable of responding the challenges of today’s global economic and financial issues. As the result, the economics and finance are unlikely to separate itself from the aspects of ethics.

The ethics of economic is to be studied bearing in mind that the conventional economic development ignores the ethics aspect. Critics of economics have been addressed by many parties. The recent concept of economy is not able to lead to the desired welfare and justice in the society. Paradoxically, it brings poverty and widens the gap between the poor and the rich. According to Franken, such circumstances happen as a result of the economy which ignores the ethics aspect. In this regard, economic ethics is important to learn for three reasons.

Firstly, embedding or increasing awareness of the ethical dimension in economics and business.

Islam is a religion of single powerful God pronounced by Al-Quran, a book which the Muslims claims to be the exact word of God (in Arabic is Allah) and by the wisdoms and normative model (which is called Sunnah and collected of Hadith) of the Prophet Muhammad peace be upon him (570–632 AD), the final Prophet of God. Muslims have faith in that God is unique sovereign Master of the universe and one; the aim of existence is to adore God.

Also, Muslims trust that Islam is the univer-sal and complete form of a primordial belief that was revealed previously several times all over the globe, including particularly through Adam, Abraham, Noah Moses and Jesus, whom Muslims believe that they were prophets of Islam.

Further Muslims uphold that the preceding reve-lations and messages have been partly altered and misinterpreted over time, but believe that the Arabic Al-Quran to be unaltered and the last revelation of God. Spiritual practices and concepts contain the five pillars of Islam. These are basic notions and mandatory doings of worship and succeeding. Shari’ah (law of Islam), which traces on virtually each facet of society and life, giving guidance on diverse are as from welfare and banking, to warfare and the environment.

Ethics establishes the keystone of Islamic economics. The wisdoms of Islam purpose to enable ethical values in all facets of human life together with economic activity. As a religion, Islam is not limited to worship—fasting and praying—but rather it includes the entire of human life. Therefore, Islam is understood as a comprehensive method of life; subsequently, it recognizes both the spiritual and the secular.

In contrast to conventional economics system, Islamic economics bases its philosophy on faith, the principle of balance in meeting worldly and religious needs, not in focusing a mere pleasure, the principle of wealth distribution and a support for the poor by creating jobs (Khan 1995).

In addition, it is considered as divine, morality, humanitarian and middle-class-based economics (Al-Qaradawi 1980). In this regard, the ethics of divinity, humanity, cooperation and justice is an important part of the foundation of Islamic economics (Naqvi 1981).

WHAT IS ISLAMIC ECONOMICS AND FINANCE?

Economics is usually defined as the theory of human behaviour relat-ing to production, consumption and distribution of goods and services. Modified to suit the tenets of Islamic ethics, as Mannan (1970) has given a simple but very useful definition on Islamic economics, “a societal sci-ence which studies the economic problem of the individual sins tilled with the morals of Islam” (p. 131). Further, Ahmad (1992) has defined Islamic economics as “an organized efforts to try to comprehend the economic problem and men’s behavior in linking to that problem from an Islamic perspective” (p. 19).

It may be pointed out that Islam is not merely a religion but a complete code of life and that human behaviour, or more precisely, human economic behaviour which is subset of Islamic ethical code. In this light, Islamic economics can be well-defined as that part of Islamic ethical code which studies as a process of economic, social and moral human behaviour in an integrated manner in relation to pro-duction, distribution and consumption of goods and services. We can draw four facts from this explanation: