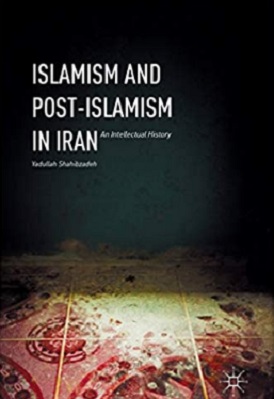 Islamism and Post-Islamism in Iran: An Intellectual History

CONTENTS – ISLAMISM AND POST-ISLAMISM IN IRAN

In the Origins of Totalitarianism, Hannah Arendt argues that “Idealism, foolish or heroic, always springs from some individual decision and conviction and is subject to experience and argument. The fanaticism of totalitarian movements, contrary to all forms of idealism, breaks down the moment leaves its fantasized followers in the lurch, killing in them any remaining conviction that might have survived the collapse of the movement itself.” 1

This book is a history of such heroic idealism, which has been subject to experience and argument in the Middle East, a history of a politico- intellectual transformation in Iran. It deals with the intellectual underpinnings of the 1979 Revolution and struggle for reform and democracy since the 1990s. Some scholarly works have conceptualized this politico-intellectual trans-formation through two key concepts, Islamism and post-Islamism.

I employ the same concepts to explain the same transformation. However, my under-standing of these concepts and the content of this politico-intellectual transformation is substantially different from previous studies. Islamism means, according to one analyst, “the political ideologization of Islam on the model of the great political ideologies of the 20th century.” 2

Others defi ne Islamism as a nativist ideology constructed by marginalized Muslim intelligentsia to overcome their marginalization.

The marginalized Muslim intelligentsia presented Islam as a “divine system with a superior political model, cultural codes, legal structure, and economic arrangement,” capable of solving all problems of humankind.

Thus, Islamism’s main objective was the establishment of an Islamic state.3 Islamism in Iran resulted in a successful popular revolution and establishment of an Islamic Republic. The belief in the comprehensiveness of Islam as ideology led the Islamists to marginalize all non-Islamist social forces.4 According to another analyst, Islamism was the expression of Iranian nativism. As the expression of Iranian nativism, Islamism was flawed epistemologically, ethically, and politically.

It reduced “everything in the context of the binary opposition between the authentic and the alien.” It denied “the authenticity of the other” and suppressed other voices in the Iranian society.5

According to some analysts, after realizing their political and ideological failure in the post-Khomeini era, the Islamists took a critical approach toward the ideological foundations of Islamism. When the critical approach to Islamism developed into multilayered critiques expressing new social, religious, intellectual, and political trends in Iran, post-Islamism became a reality.6

Post-Islamism was both an awareness of “anomalies and inadequacies” of the Islamic political system7 and “a conscious attempt, to conceptualize and strategize rationale and modalities of transcending Islamism in social, political, and intellectual domains.”8

Thus post-Islamism was about appreciating “rights instead of duties, plurality in place of a singular authoritative voice, historicity rather than fixed scriptures, and the future instead of the past.”9 The question, which is worth discussing, is how this epistemologically, ethically, and politically flawed ideology and move- ment gave birth to post-Islamism. Was Post-Islamism an “unintended consequence[s] of the Khomeinist state?” In that case “the Khomeinist state” empowered the members of the Iranian political community to….

This book intends to challenge the two central assumptions upon which the neoconservative projects for promoting democracy in the Middle East rely. The projects for promoting democracy in the region is encouraged and supported by a great number of Western scholars, NGOs, and governments.12 According to the first assumption, there is no room for nation-states in the age of globalization because a global civil society that consisted NGOs has gone beyond nation-states.

This supposedly global civil society represents, “millions of ordinary citizens who are prepared to challenge political and economic decisions made by nation-states and intergovernmental organizations.”13 This global civil society is sup- posed to establish “a democratic global government” or “a cosmopolitan democracy.” The cosmopolitan democracy is supposed to be “based on Western cosmopolitan ideals, international legal arrangements, and a web of expanding linkages between various governmental and non- governmental organizations.”14 According to the second assumption, democracy in the Middle East is reconcilable with the interests of the USA and its European allies in the region because it will be based on Western democratic values.15

An advocate of the project for promoting democracy in the Middle East argues that it is not enough to support democratization in the region in its consolidating phase. The local people expect that the advocates of the democratic project stimulate democracy in its “initial steps.”16

They know that “democracy can be built from nothing: once stripped of all ideology, the “other” is putty that can be remain.”17 The history of democratic struggle in Iran demonstrates the logical contradiction between the universality of democracy and the particularity of Western governments’ interests. It attests that democratic achievements of every society can be protected in a public space, which is free from outside interventions.

A few examples may illustrate the contradictions between the universality of democracy and particularity of Western interests in the Middle East. The British backed a coup against the Iranian constitutional government in 1921, which led to Reza Shah’s dictatorship. The US-British-organized coup in 1953 overthrew the democratically elected Mohammad Mosaddeq.

Western governments supported the Iraqi dictatorship against Iran in the 1980s while Iran was the only constitutional democracy in a Muslim country. The USA labeled Iran as part of the axis of evil in 2002 while prodemocracy forces led the government and dominated the parliament and local councils.

THE CULTURALIST VIEW OF POLITICS AND HISTORY

It establishes a hierarchy of political systems and eties whose modes of being are lagging behind. It considers democratic modes of being or cultures and its intrinsic social patterns and values as a result of long processes of socialization and learning.

The growing significance of the concept of unconsciousness and the unconscious elements in the social and human sciences since the 1960s made the culturalist view of politics more popular. As the Marxist influence began to diminish since the late 1970s, the culturalist approach to historiography became the dominant mode of the historiography of the Middle East in Europe and the USA. A great number of scholarly works employed the culturalist view of politics and history to conceptualize the formation of the ideology of the Iranian revolution and its later transformation.

According to this argument, the Islamist ideology was the expression of a particular social group’s desire to suppress the Iranian cosmopolitan culture to subordinate the entire society to its modes of being. This line of reasoning corresponds to the conception that sees the Islamist ideology as the expression of vengeance of the educated Muslim for their margin- alization in the public space against the Iranian cosmopolitan culture. 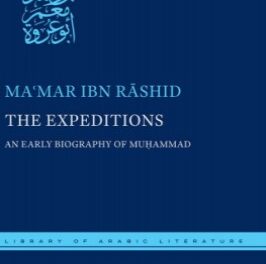 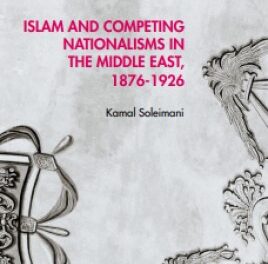 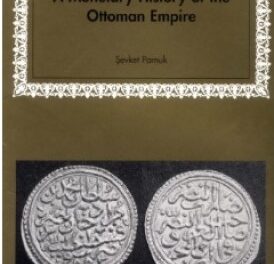 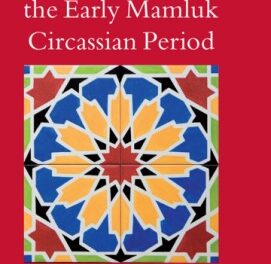