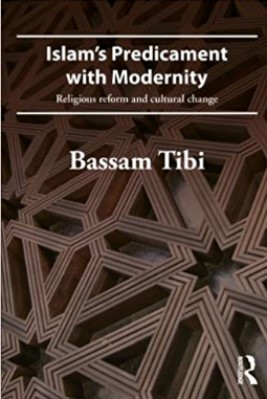 This book deals with the burning issue of “Islam’s predicament with modernity” and assumes that this issue generates related problems that can be identiﬁed as one of the major sources of tensions and conﬂicts. A Muslim myself, I can claim to have experienced this predicament throughout my life and maintain that this conditio humana also applies to all other Muslims.

The diﬀerence between me and many Muslim co-religionists is that I take the liberty of candidly acknowledging the issue, while others are evasive and place the blame for it solely on the West. I was born into a Muslim “ashraf/noble” Damascene family where, until the age of eighteen, I was socialized in Islamic values and thinking.

Despite my later edu- cation in critical thinking in Europe, this Islamic socialization continues to shape my life and work. In short, the fact that I – along with few exeptions – was socialized in Damascus and schooled there in the cultural system of Islam is a determining factor in my thinking. Nevertheless, the scholarly value of detach- ment that I learned in the West has led me to view Islam as a subject for study, setting my beliefs on the side. In this sense, my inquiry is detached from my religious beliefs.

Some co-religionists and postmodernists may dislike this, but I maintain that scholarly knowledge has no religion. I ﬁnd it amusing that some Western “unbelievers” who claim to embrace my culture in criticizing Oriental- ism accuse me of “self-Orientalization.”

I decline to make any comment on this Orientalism in reverse. Life is too short to waste in dealing with nonsense.

In earlier books I have repeatedly alluded to the predicament that is analyzed in the present study, but I have never dealt with it as a separate subject in itself, because in each of the earlier cases the subject matter was diﬀerent. At the beginning of the 1990s I coined, not only in advance of Huntington, but also with a totally diﬀerent meaning, the idea of inter- and intra-civilizational conﬂict.

In this book I make an in-depth analysis of the assumption of Islam’s predicament with cultural modernity and relate it, from this perspective, to the study of con- ﬂict. This is a combination of cultural studies and the approach of international relations to conﬂict studies.

Following the Introduction and Chapter 1, the ﬁrst part of the book – Chap- ters 2 to 4 – singles out three issue areas: knowledge, law, human rights, and pinpoints sources of conﬂict within Islamic civilization, as well as in its extended relations to non-Muslim others. I begin by assuming that cultural tensions

emerge from the predicament and I trace how they then develop into conﬂict. The ﬁrst level is an inner-Islamic conﬂict. Under the conditions of globalization this conﬂict within Islam then broadens into an international one, and its eﬀects spill over.

The analysis argues for the existence of tensions on an international, inter- civilizational level, which are articulated in international action. The inner-Islamic and international levels mingle with each other. Hereby, politics is becoming religionized and religion is subjected to politicization. Underlying the tensions are conﬂicting images of the self and of the other. Of course, there are socio- economic and political constraints underlying the conﬂict, and I do not overlook these.

However, it matters to the analysis that political, social, and economic concerns are articulated in religious–cultural terms. This is not merely a cover, nor does it happen instrumentally, as some Westerners contend. The religionization of conﬂict gives it a new form. Conﬂict becomes intractable, because beliefs are not negotiable. It is wrong to argue that these Islamist Muslims are virtually secular because they are using or abusing religion for non-religious ends.

No, they are acting as believers, and this is the way I have always encountered them, as people acting in “good faith,” never as cynics. Profane Westerners fail to understand the place of culture and religion in politics, and this is the real Orientalism, often presented as Orientalism in reverse. These Westerners believe that they understand the issue better than Muslims. They also behave as if they know what Muslims think and want. This is a kind of Western patriarchy, which I view as a neo-colonial mindset.

I started writing this book incrementally in the early 1990s, when my thinking about cultural change in Islam included the issue areas of knowledge, law, human rights, and secularization. The manuscript of the present study was already complete in a preliminary draft when, at Cornell in September/October 2007, I ﬁrst came across a book on political theory written by the American Professor John Brenkman which supports some of my views.

At Stanford a month later I happened to read a special issue of The Economist on religion. These two publications are not the work of experts on Islam, but it is sad to have to acknowledge that the authors of both seem to understand the issue better than many scholars of established Islamic studies, who are mostly not political scientists.

Deplorably enough, these scholars seem to be more preoccupied with accusing one another of Orientalism and with the practice of political correct- ness than with actually studying burning issues in the ﬁeld. It is a fact that most of these scholars are reluctant to admit into their work any thinking about cultural tensions related to Islam. I see these tensions every time I travel to the world of Islam and talk in Arabic with my co-religionists.

The study of conﬂict has to be introduced into Islamic studies. Self-censorship and politicization are highly detrimental to the academic culture of scholarship.

John Brenkman, the above-mentioned author of the book The Cultural Contradictions of Democracy, is a political scientist from the ﬁeld of political theory. As stated, he is not a student of Islam, but he rightly recognizes that, since 9/11,political theory can no longer be pursued without reference to what he terms “Islam’s civil war,” which has become “geopolitical.”

In fact, this is exactly the trajectory of the present study. In his book Brenkman devotes only a few pages (pp. 165–70) to Islam and he does not venture into the substance of his argument because he is not a student of Islam. His views, however, deserve close attention. The other publication is The Economist issue on “The New Wars of Religion” (November 3–9, 2007). Its cover announces that it includes an “18 pages special report on faith and politics.”

The report covers all religions, but the central place given to Islam in this story is acknowledged. The editorial states:

Most Western politicians and intellectuals assumed religion was becoming marginal to public life … as an irrelevance to foreign policy … Once again, one of the world great religions has a bloody divide … The religion that invades the public square most overtly is Islam …

teaching that the primary unit of society is the umma, the international brotherhood of believers … it forces people to follow shari’a laws … religious conﬂicts … have a religious component much harder to solve … The new wars of religion may prove as intractable.

In accordance with The Economist’s policy, neither the editorial nor any of the short articles included in the 18-page report is identiﬁed by an author’s name. But it becomes clear, through a careful reading, that none of the writers involved has an expert knowledge of Islam.

Nevertheless, the phenomenon is well identiﬁed as one that occurs in all religions, even though it is neither analyzed nor well understood. However, as The Economist rightly acknowledges, Islam lies at the very center of the “new wars of religion.” In my earlier Routledge book on political Islam (2008) I have explained the centrality of Islam to post-bipolar world politics.

That study includes a political analysis of the transformation of Islamic universalism – in the course of a process of politicization – into a politics that leads to a religion-based internationalism with the claim of a new world order based on Islamic tenets. In this book I inquire into the cultural–religious roots of the phenomenon addressed and suggest that they are to be found in Islam’s predicament with cultural modernity. This predicament is thus the subject matter of this new book.

The authors of The Economist’s special issue state the right phenomenon, but their thinking is characterized by a confusion that is exacerbated by a lack of professional knowledge about Islam.

These journalists fail to provide any viable explanation because they are superﬁcial. In contrast, the present book aims to present an explanation for “Islam’s geo-civil war” as the most signiﬁcant variety of “the new wars of religion,” and to seek and to recommend a remedy for it.

The present inquiry is an international relations study that deals with Islam through a cultural approach. Some will consider it problematic to analyze cultural tensions and argue that they develop domestically, regionally, and inter- nationally into political conﬂict. I argue that the source of this tension and conﬂict should be sought in Islam’s problems with cultural modernity. 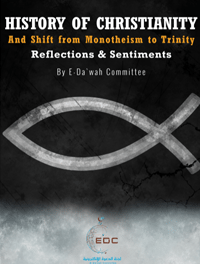 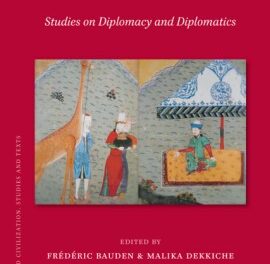