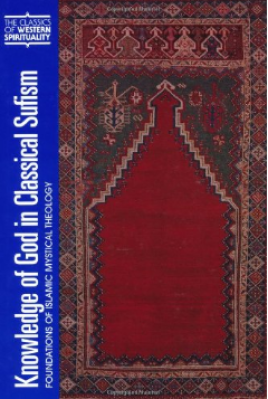 Between the tenth and thirteenth centuries a number of important Muslim authors penned substantial prose works, both in Arabic and Persian, that supply much of what we know about the evolution of Islamic mystical thought. Their compendia offer a vast array of information, from the anecdotal to the more theoretical.

These manualists have addressed the problem of experiential knowledge from various points of view. The concept of m&rifa, traditionally- and inadequately-translated as “gnosis,” does imply privileged connection between certain human beings and the divine.

But it also suggests much more than mere intellectual knowing. It means access to the divine presence, perhaps even an invasion or being overcome by the reality of God. It includes both the experiential dimension and knowing in a way that “gnosis” cannot quite convey. Aquinas’s cognitio experimentalis more closely approximates the meaning of m&rifa as the Sufis developed it.

As an entree to understanding the distinction among the rational, discursive, acquired, or traditional knowledge expressed by the term Wm, and the experiential, infused, or mystical/apophatic modes of knowing expressed by the term ma’rifa, an anecdote attributed to the philosopher Ludwig Wittgenstein may be useful here.

I have divided this introduction into two major sections. In the first, by way of background, I discuss the evolution of fundamental concepts of knowledge in relation to the faith tradition called Islam. That will supply the broader context within which to situate later developments in Sufi epistemology.

After a brief historical survey of key terms for, and notions of, knowledge in early Islamic times as evidenced especially in the Qur’an and Hadith (the primary record of Muhammad’s own words and deeds), I provide a summary of the various subdisciplines within the larger category of Islamic religious epistemology.

The second section addresses specifically the material translated here, discussing the structure, major themes, and significance of the manuals or compendia of Sufi spirituality that remain such an essential source of our understanding of the Islamic mystical tradition.

In that section I discuss the major works from which I have selected the principal texts on knowledge. In addition, I summarize the relevant concerns of several other authors of similar works that a single volume like this cannot accommodate. Not all of those major figures have penned manuals of spirituality as such, but they nonetheless deserve mention because of their broad influence in the development and communication of Sufi modes of knowing.

In the instance of several authors who wrote manual- like works but whose specific analyses of the relevant epistemological themes were less sustained or systematic, I have included short excerpts in translation within the Introduction. Finally, I very briefly allude to some major postclassical, postmedieval Sufi sources on our theme. If not for considerations of space, dozens of other influential figures would have had a place in a fuller survey.

Part One: Foundational Sources and the Islamic Religious Disciplines Franz Rosenthal’s Knowledge Triumphant: The Concept of Knowledge in

Medieval Islam presents a comprehensive overview of many of the major elements necessary to establish the broader context of our topic.

Here in brief follow the main outlines of the earliest developments in the pre-Islamic understanding of what and how human beings know, and what would become distinctively Islamic approaches to the issue, beginning with the Qur’an and Hadith and evolving into the formative religious disciplines.

The most commonly used Arabic term for knowledge, Wm, seems to derive from a root from which also grow words for “marker, sign, indicator” (‘clam and `aldma) and “world, universe” (`alam).3 “Knowledge” in pre-Islamic times, as evidenced especially by the highly evolved poetry of the age known to Muslims as the Jahiliya, may have been intimately bound up with the practical acumen needed to survive and find one’s way in an often unforgiving physical environment.

Knowing meant navigating, negotiating a landscape that to the untutored eye must have appeared bewilderingly undifferentiated. By contrast, the word now commonly translated “ignorance” (jahl) may have been associated with a root (j-w-l) that meant to wander aimlessly in circles, unable to discern the markers necessary to make for a hospitable destination.

In addition, an early Arabic word for poetry (shi`r) was related to a verbal root (sh -r), which meant “to know” in the more specialized sense of being able to express complex and subtle feelings and understandings.

Early Muslims called the time before Islam al-Jahiliya, the age before genuine knowledge, because the new `ilm that the Qur’an brought rendered banal all ways of knowing previously considered important. According to the Qur’an, when Muhammad’s critics wanted to damn the Prophet with faint praise, they dismissed him as a (mere) poet (sha`ir) (for example, 21:5, 52:30, 69:41).

Still, the Qur’an often uses verbs from the root meaning “to realize, be aware, perceive,” usually referring to people’s failure to grasp some fundamental truth such as mortality, final accountability, or their own self-destructive tendencies (see, for example, 2:9, 6:26, 7:95, 16:26). Terms derived from this root are virtually nonexistent in the epistemological vocabulary of the texts translated here.

The Qur’an frequently juxtaposes God’s Wm with humankind’s lack thereof, often suggesting that “knowledge” means familiarity with events of sacred history, as in 3:65-66: “You People of the Book-why do you argue about Abraham when the Torah and Injil were not sent down until after his time? Do you not understand? You are the ones who argued with each other (even) about things of which you possessed (some) `ilm. Why do you argue about things of which you have no `ilm? It is God who possesses `ilm (of those things), while you do not.”

One of the most frequently used Qur’anic names of God is al-‘alim, the all-knowing. On the whole, the consistent implication of Muhammad’s preaching was that `ilm was represented as an advanced form of knowing, one that did not come naturally to humankind and whose content was the substance of divine revelation. One who did not attain this knowledge during his or her earthly life would in any case do so, though too late, at the judgment: “(When all the signs of the end are evident)… then will the individual attain `ilm as to the implications of his deeds” (81:[1-]14). The Qur’an uses words based on the root

‘-1-m with reference to some aspect of knowledge approximately 750 times, accounting for just under 1 percent of the scripture’s seventy-eight thousand

words and making this one of its most frequently expressed clusters of meaning. Surprisingly, perhaps, the root’s frequency is somewhat greater than that of words associated with “faith,

Far less often used (fewer than seventy occurrences), but of equal significance for present purposes, are words from the root ‘-r-f, including most prominently ma`rifa. As several Sufi authors point out, it is proper to characterize God as possessing, or being the source of, Wm, but one does not speak of God that way in relation to ma’rifa. In many instances this root has to do with “recognition,” sometimes with a seemingly ordinary sense of identifying (as in 12:58, where Joseph recognizes his brothers).

Most important, it is used when people recognize the truth of divine signs and revelation, as in the oft-cited “You will see their eyes overflow with tears as they listen to what is revealed to the Messenger, for they recognize (`arafu) the truth…” (5:86). Or, again, “Those to whom We have given the scripture recognize this (ya’rifunahu) (prophetic revelation) as intimately as they know (ya`rifuna) their own sons” (6:20).

Two other terms of importance for the present study are those derived from the roots f-q-h (nineteen occurrences), and h-k-m (just over two hundred). Verbs related to the root f-q-h typically refer to an “understanding” (or lack thereof) of the deeper significance of divine signs (for example, 4:78, 6:65, 98). The most common noun derived from that root, figh, long ago came to be identified with religious law or jurisprudence, but it does not occur in the Qur’an.

Sufi texts often use fiqh and its cognates not as a technical term referring to law as such, but in its more fundamental meaning of “penetrating, deeper understanding.” Permutations of the root h-k-m in the Qur’an are generally associated with wise judgment in the “practical” implementation… 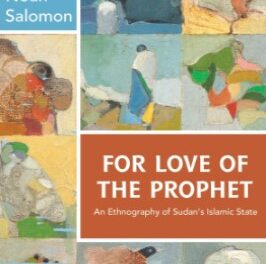 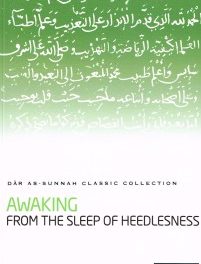 Awaking From the Sleep of the Heedlessness pdf 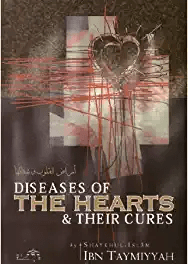 Diseases of the Hearts and Their Cures pdf download 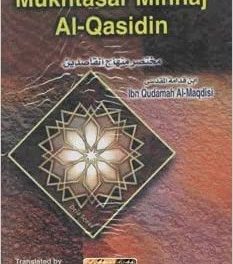