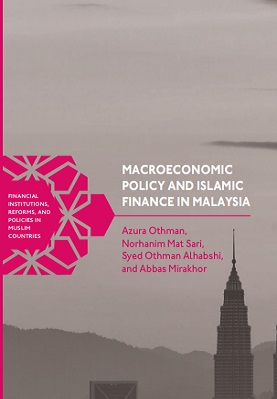 The root of the recent financial crisis runs deep into ethical, legal, and economic issues. While at the institutional level it is easier to implement the modalities of ethical-based finance, it is not so at the macro-level where policies and its tools hinge significantly on interest-based debt financing. For instance, monetary policy is about inducing private sec-tor portfolio adjustments by managing the money supply in the economy using the interest rate mechanism. In addition, interest rate-based borrowing often funds fiscal deficits.

The eruption of recent financial and debt crises has sparked debates on the fundamental stability of the modern conventional financial system as well as the effectiveness of macroeconomic policies that are employed to stabilize the affected economy. Not less discussed are also the diagnosis of the causes and reasons for the occurrence of this undesired phenomenon, which seems to occur about once every 10 or so years.

There have been many suggested reasons for the financial crises—inadequate supervision and regulations, excessive speculations and risk taking, human greed, Ponzi finance, uncontrolled financial innovations, shortcomings and conflict of interest of credit-rating agencies, and even accounting standards have been cited as being among the culprit(s).

As many as there are reasons for the crises, there have also been numerous recommendations and remedial solutions put forth. However, many of the suggestions seem to be a “dressing” that does not guarantee the elimination of the likelihood of future financial crises.

FINANCIAL CRISES AND ITS RELATION TO CURRENT FINANCIAL SYSTEM

A financial crisis could be defined as a crash in asset prices following a speculative asset boom, which can come in many forms (e.g., Tulip Bulb Mania, South Sea Bubble, Mississippi Bubble, and Great Depression), or a banking crisis following a liquidity shortage and an impairment of bank assets or both (Askari et al. 2012). What follows is usually a sharp decline in economic activity and employment arising from financial losses and defaults that affect the banking system and companies.

Kindleberger and Aliber (2005) have shown that the frequency of financial crises has been increased since 1970 and can happen both in highly advanced countries and low-income countries. Despite the vast literature on financial crises, governments, and policy makers have consistently failed to predict or prevent the recurrence of financial crises, even though they are years in the making.

Worse still, strengthened regulations and prudential guidelines introduced following each crisis have been unsuccessful to prevent a repeat of crises in more devastating and prolonged forms.

Why is this so? H. Minsky (1986, 1992) established that the conventional financial and banking system is inherently unstable. Over a prolonged period of good times, capitalist economies tend to move from a stable financial structure to one increas-ingly prone to speculative finance. This is due to the internal dynamics of capitalist economies characterized by the interest-based financial system.

Uncontrolled debts create a phenomenon, known as “financialization”—characterized by the substantial importance of the financial sector relative to the real sector. With financialization, the frequency, contagion, and severity of crises have increased (Askari et al. 2012).

Financialization expands access to finance by transforming illiquid financial assets into asset classes that are traded in various asset markets. This converts equity in real assets into debt and culminates in the expansion of the financial sector relative to the real sector, which is not beneficial to the economy. It also leads to financial elites gaining greater influence over economic outcomes.

Financialization not only decouples the financial sector from the real sec-tor, it also creates distortions in income distribution. When the bubble bursts, the losses are socialized through government bailouts, at the expense of taxpayers.

Unlike the financial institutions in medieval times that, in the absence of bailouts, experienced failures due to runs on gold deposits or defaults by debtors, contemporary financial institutions, especially those which are “too big to fail” operates with the knowledge that when push comes to shove, the government, or central bank will step in to prevent further losses.

This is facilitated by a regime of paper economy. The paper economy generally refers to markets in which the value of assets is traded on paper, rather than with the exchange of physical assets. Often, those trad-ing the assets have no intention of ever taking possession of the physical product but simply hoping to get the maximum profit out of the commodity before the contract becomes due for delivery.1

The effect of bailouts is to shift the losses, by printing money, away from banks to the private sec-tor. This created moral hazard and led to more indulgence in risky speculation, hence the inherent instability of the conventional financial system.

To manage the stability of the economy, policies are devised to smoothen the booms and bust of the economic cycle. However, the macroeconomic policy tools available to the governments and policy makers to remedy the downward pressure on the economy during crises hinged deeply on the interest-based financial system. Policy makers will be cheered by the short-lived success of the expansionary monetary policy, when this could lead to the creation of next bubble.

The future cannot be very different from the past if we continue just to patch up our current financial system. The vicious cycle of centuries-old financial instability will continue to recur if the same old standard remedies are applied. Patching up the current system and doing the same thing over and over, and expecting different results will solve very little. Due to the cost of financial instability, the pursuit of sustained real eco-nomic growth, full employment, price stability, social equity, and interna-tional prosperity need to continue. It is perhaps time to rethink the way policies have been designed by tackling the root of the problem.

In an era of globalization, in which many factors influence the economy of the country as a whole, proper macro-management of the economy is essential in order to achieve economic stability. This is done through designing macroeconomics policies that elicit desired response from sectors of the economy toward achieving a new equilibrium in supply and demand that reflects the desired level of income, price, and employment level.

The two policy tools utilized to achieve this are monetary policy, which uses the instrument of interest rate to increase or reduce the level of supply of money hence spending and production in the economy, and fiscal policy, which uses the power of government to tax and spend as means of influencing aggregate demand and level of economic activity.

The use of either monetary or fiscal policy or a mix of both depends on the political orientations and philosophies of those in power at a particular time. Whenever there is a shock to the economy, these tools are used, independently or in combination, to stabilize the economy.

An important consequence of the global financial crisis has been the increasing challenge in macroeconomics management and growth sustainability. In this context, there has been growing uncertainty about the adequacy of current policy regimes whose central anchor is the inter-est rate-based debt system.

Monetary policy is a process undertaken by the monetary authority in controlling the money supply and cost of money in achieving the stability of the economy. It relies on the relationship between the rate of interest and the supply of money to influence economic growth, inflation, exchange rates, and unemployment.

The central bank is normally the institution that manages the economy’s money supply, currency, and interest rates. It has the control over the country’s monetary base and regulates the financial system through the operation of monetary policy.

The operation of monetary policy is conducted through open market operations, buying and selling financial instruments, setting the reserve requirement, and the discount rate. Central banks serve the function of being the lender of last resort to the banking sector (Othman and Mirakhor 2013).

In undertaking an expansionary monetary policy, the central bank will seek to expand the monetary base—consisting of money in circulation and the banking sector reserve with the central bank—by inject-ing liquidity in the economy. This can be done through reducing the banking sector reserve requirements or open market operations—either through large purchases of financial instruments such as government bonds or direct lending to the banking system with low discount rates 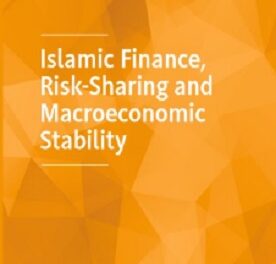 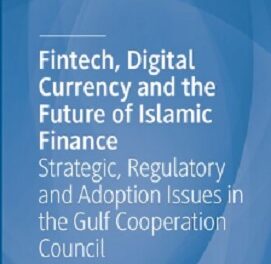 Fintech Digital Currency and the Future of Islamic Finance pdf 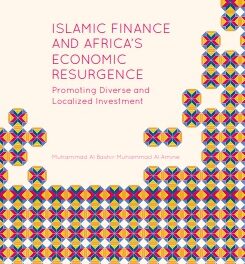 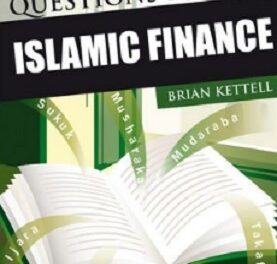